Home World Ulyanov: Russia has right to place nuclear arms on its soil, including... 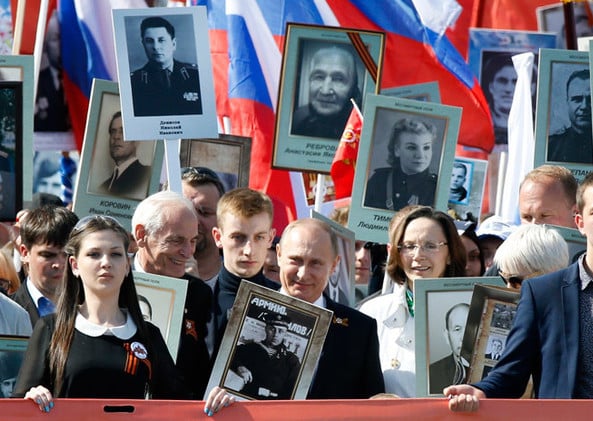 [ Editor’s Note: With Crimea full of Russians who wanted to be united with Russia versus live under the US-EU Neo-Nazi coup, it should come as no surprise that Russian will defend them as it sees fit. This is a childish game of trying to pin the aggressor tag on Moscow when we all know the US has been pushing a New Cold War as the cornerstone of its foreign policy for some time.

Dear Mr. Obama and General Casey, please listen. We don’t buy your spin that when Russia has to respond to our aggression, that this is Russian aggression. It is clearly defensive deployments and planning, and you are simply lying to us.

I have to tell you both we are going to tell on you to our young children, that even presidents and the Chief of Staff feel they can lie to us if they have a reason. By your actions you are making us feel less secure. If you would like to make us feel better, please bust up some Israeli espionage rings  and arrest some of our Congressmen and defense contractors for giving classified material to the Israelis almost on demand.

Look it up. It’s in your oath off office. Why do you treat us like an enemy with the kind of propaganda that one would expect from an occupying power. Did you learn this from the Israelis? Enough already!… Jim W. Dean ]

Russia has the right to house nuclear weapons on its territory, if it deems this move to be necessary, while this also includes the option of stationing them in Crimea, a statement from the Foreign Ministry read.

“Russia obviously retains the right, if needed, to deploy its nuclear weapons anywhere on its national territory, including on the Crimean Peninsula,” the Director of the Department for Non-Proliferation and Arms control at the Russian Foreign Ministry, Mikhail Ulyanov told the RIA Novosti news agency on Monday.

Ulyanov’s statement comes in response to the Ukrainian Foreign Minister Pavlo Klimkin saying in May that the deployment of Russian arms in Crimea would violate the Non-Proliferation Treaty.

“Any activity or even signals from Russia that they are even considering deploying nuclear weapons in Crimea will be considered a grave breach of the international code of conduct. If this happens, the international community will need to act decisively,” Klimkin said.

Mikhail Ulyanov added that the US missile defense plans remain a major challenge in relations between Moscow and Washington, while also mentioning that discussions between the two countries concerning nuclear disarmament are not looking positive.

“Of all the factors which are negatively affecting strategic stability, the most significant is the creation of the [US] National Missile Defense program,” he said, adding that the system was being developed step by step.

“Our position on this matter [US missile defense] has been voiced repeatedly. We need reliable guarantees of what we are told verbally at every corner – that this system is not directed against Russia’s nuclear deterrent. But so far we are told that such guarantees can not be written down on paper and that the system will be created with or without Russia’s backing,” Ulyanov added.

According to Ulyanov, the military policy of the United States doesn’t favour “further reductions [of nuclear arms]”. On the contrary, he adds, “it is an obstacle for them.”

“We cannot ignore what is happening in Europe, where the former conventional arms control treaty has in fact ceased to exist and there is nothing to replace it with.”

The diplomat added that “huge imbalances” have taken place as a consequence of NATO expansion, which are not in Russia’s favour.

“All of these negative aspects, which are preventing cuts in nuclear arsenals taking place are not coming from Russia.”