Home Investigations Only the good die penniless and alone 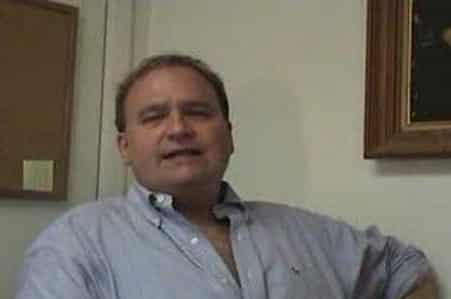 At the end of May, journalist and author Michael Collins Piper sadly passed away at the age of 55 from a heart condition. His former employer, AFP published this short statement:

“It is with a heavy heart that we report on May 30 renowned author, correspondent, world traveler and friend Michael Collins Piper passed away, the victim of an apparent heart attack. For the past few months, Mike had been living in Idaho following recent serious health issues he had been suffering.

While details remain sketchy at the moment, we have been told that the coroner has ruled that Mike’s death was due to natural causes and that there was no foul play involved.”

Piper’s passing at a relatively young age did not go unnoticed and our own Gordon Duff published an article that pointed out some suspicious details and speculated that MCP may have murdered:

Within days of the publication of this article, anti-Zionist blogger Mark Glenn published an angry retort that attacked Gordon Duff for writing his article on the death of MCP. The piece was full of Glenn’s usual vitriol and ad-hominem attacks, which we shall ignore as being beneath us; however, it also contained a statement about MCP’s health in the months prior to his death and some details of his final days.

“So, here are the facts–Mike was a very sick man. Exactly a year ago, he underwent quintuple bypass surgery to relieve a 98% blockage in his arteries. After surgery, his heart operated at only around 25% of its capacity. In the 5 months he stayed with us, he had no less than half a dozen different heart ‘incidents’ that were more than likely heart attacks of some sort that on several occasions necessitated me taking him to the emergency room, one instance in particular occurring in the middle of the night during a blinding snow storm. In addition to this, he was in excruciating pain 24 hours a day from the neuropathy in his legs and feet, pain so severe that at times he found himself breathless and dizzy. Most days he stayed in bed because of the pain and when he did walk was only able to do so with a cane or had to brace himself against walls, sofas, chairs, etc, from point a to point b.”

This information changes nothing, we already knew that MCP was a sick man. However, the sort of heart condition he had is very much treatable today; therefore his death remains under suspicion.

Why the vitriolic attack from Mark Glenn? The thing to remember in these situations is that you attract the most flak when you are approaching the target; therefore we can surmise that Gordon’s article about MCP being murdered was definitely on-target; hence it attracted flak from Glenn.

On the surface, the impression Glenn tried to give is that his motivation for attacking Gordon Duff was his friendship with MCP. However, we never take things at face value and have to ask who directed Glenn to attack Gordon? The obvious answer is the same people behind the death of MCP. Therefore, if we know who Glenn works for, it points us in the right direction to determine who was behind the murder of MCP.

Who is Mark Glenn? He is a self-declared right wing Christian fundamentalist who plays the role of ‘ranting Jew hater’. It should be noted that the Christian fundamentalists are largely Zionist and therefore supporters of Israel; this makes it a little suspicious that Glenn plays the role of anti-Israel, anti-Jew and anti-Zionist. One is reminded of Lenin’s comment that ‘the best way to control the opposition is to lead it ourselves’. Israel employing American Christian Zionists as fake critics of Zionist Israel? Far more shocking things happen every day.

Another logical way of getting a handle on who may lie behind the death of MCP would be to look at who he had made an enemy of through his writings. Foremost among Piper’s work was his book on the JFK assassination Final Judgment first published by the AFP in 1994 and re-issued many times since in new editions that added further material. In the book he argues that David Ben Gurion, the prime minister of Israel, initiated the assassination of John F. Kennedy. The main motive concerns Kennedy’s attempts to halt Israeli atomic weapon research. Others involved in the assassination include the CIA’s James Jesus Angleton and Jewish mobster, Meyer Lansky.

Another significant book authored by Piper is The High Priests of War that describes how George Bush and the Neo-Conservatives gained power and orchestrated the war against Iraq as the first step in their “drive for global empire”. Piper also wrote articles suggesting that Mossad and the FBI were involved in the assassination of Martin Luther King. He claims the motive was King’s hostility to Zionism.

Therefore, it is fairly safe to assume that the list of Piper’s enemies should include Israel, Angleton, Lansky, the Mossad, the FBI, the CIA (or rather, elements thereof), the Bushes, the Neocons and the Zionists. That is certainly a list of powerful and dangerous adversaries in anyone’s terms; a person might lose sleep over such a laundry list of villainy.

I think it is fairly safe to assume that Michael Collins Piper was who he purported to be – a patriotic American and and honest, truth-seeking journalist and author who did his level best to expose some of the worst crimes against his country. I say this because those of Piper’s profession who allow themselves to be compromised into working for ‘the other side’ don’t end up penniless, jobless and apparently without any help at all in an Idaho motel room; rather, they get the big salaries at the big publications, the lucrative book signing tours and speaking engagements and the talking head slots on the big 5 networks. In short, you can tell who was honest by who was bumped off – ‘they’ just don’t like the truth being told.