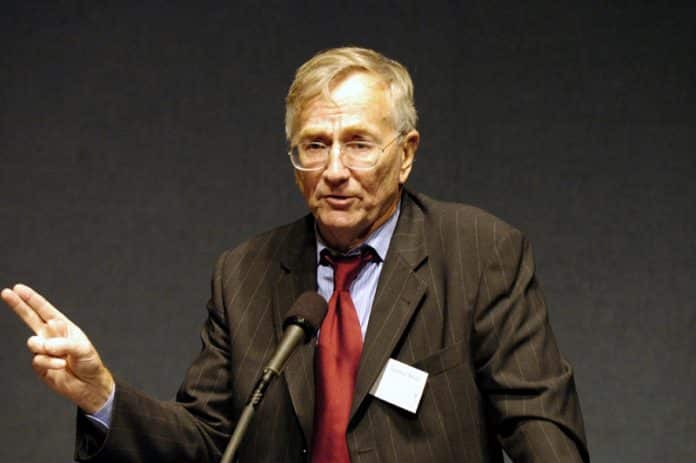 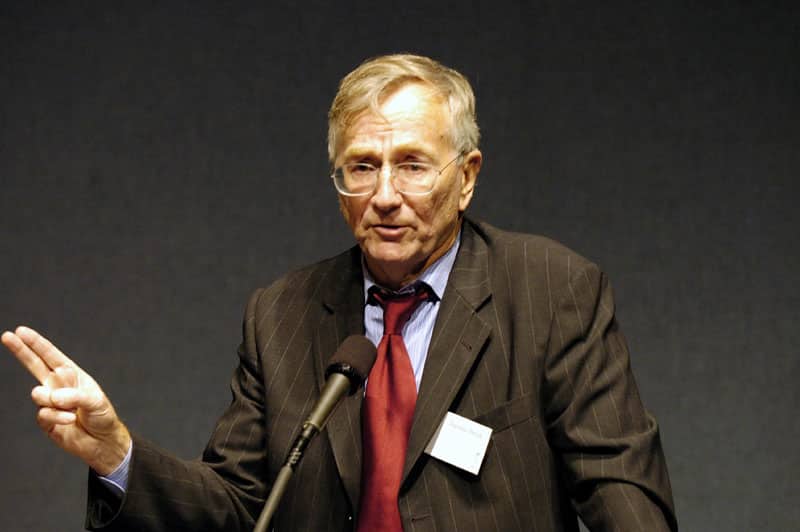 Investigative reporter Seymour Hersh has charged in the London Review of Books that the White House narrative of the May 2, 2011, killing of the al-Qaeda leader Osama bin Laden in Abbottabad, Pakistan, is largely “false.”

In a 10,000-word account, Hersh wrote that when bin Laden was slain by U.S. Navy Seals he had been a prisoner of Pakistan’s Inter-Services Intelligence agency(ISI) since 2006 and that top Pakistani military officials knew of the raid in advance and were complicit in bin Laden’s execution by removing their guards from his compound and ensuring airspace access for attacking U.S. helicopters.

President Obama said bin Laden and two of his men were killed in the firefight during the raid, as well as a bin Laden wife used as a human shield. He added that “no Americans were harmed.” (It’s a rather strange “firefight” when all the dead and wounded are on one side.)

Moreover, the idea that bin Laden was killed when he resisted the assault force, suggests that the ISI guards allowed their prisoner and his aides to have weapons, also dubious. And the U.S. claim that Obama was not an ISI captive is undercut by the location of bin Laden’s compound, in a Pakistan military and intelligence community.

ISI was holding bin Laden hostage, threatening Taliban and al-Qaida leadership with turning him over to the U.S. if they ran operations contrary to ISI interests, Hersh said.

“Some of the Seals were appalled later at the White House’s initial insistence that they had shot bin Laden in self-defense,” a Hersh source told him. “Six of the Seals’ finest, most experienced NCOs, faced with an unarmed elderly civilian, had to kill him in self-defense?” the source scoffed.

Hersh pointed out that “The White House press corps was told in a briefing shortly after Obama’s announcement that the death of bin Laden was ‘the culmination of years of careful and highly advanced intelligence work,'” when, in fact, the U.S. learned of his whereabouts from a walk-in informer. This man was an ex-Pakistani intelligence officer “who betrayed the secret in return for much of the $25 million reward offered by the U.S…”

Then there’s the matter of Obama’s alleged burial at sea. Although Rear Admiral Charles Gaouette said the funeral service followed “traditional procedures for Islamic burial,” Hersh pointed out “there was no indication of who washed and wrapped the body, or of which Arabic speaker conducted the service.”

What’s more, the Navy refused to make the carrier’s log of daily events available to reporters and skipper Bruce Lindsey told them he was unable to discuss the burial. And Rear Admiral Samuel Perez, commander of the carrier group’s strike force, told reporters “the crew had been ordered not to talk about the burial.” Sound a bit fishy? Maybe that’s because two “longtime consultants” to Special Operations Command(SOC) told Hersh,”the funeral aboard the Carl Vinson didn’t take place.”

Over and again, we find the Administration ordering its officials not to talk about the raid. As Hersh pointed out, every member of the Seals hit team and some members of the Joint SOC leadership “were presented with a nondisclosure form drafted by the White House’s legal office; it promised civil penalties and a lawsuit for anyone who discussed the mission, in public or private.”

Readers attempting to decide which account of bin Laden’s death to believe might also consider that the Administration shifted its story on key points.

“Within days (of the raid),” Hersh said, “some of the early exaggerations and distortions had become obvious and the Pentagon issued a series of clarifying statements. No, bin Laden was not armed when he was shot and killed. And no, bin Laden did not use one of his wives as a shield.” The fact that bin Laden had no weapons adds strength to the argument he was an ISI prisoner, not a free man shielded by guards bristling with guns.

White House National Security spokesman Ned Price, brushed off the Hersh article with, “There are too many inaccuracies and baseless assertions in this piece to fact check each one.” (So how many did he fact check?) And a CIA official dismissed the Hersh account as “utter nonsense.” (This from an agency with a track record for lying stretching from Viet Nam to Iraq.)

In point of fact, while Obama has built a reputation for lying and breaking his promises, Hersh has a reputation for honesty and repertorial excellence. He won a Pulitzer Prize for breaking the My Lai massacre story in 1969. He’s also won two National Magazine awards and five coveted Polk awards. Plus UK’s prestigious George Orwell Award for political writing.

By contrast, numerous observers have concluded that President Obama lies systematically to the public. Attorney John Whitehead, President of the non-profit Rutherford Institute, of Charlottesville, Va., a defender of civil liberties, writes:

“When it comes to the NSA, Obama has been lying to the American people for quite some time now. There was the time he claimed the secret FISA court is ‘transparent.’ Then he insisted that ‘we don’t have a domestic spying program.’ And then, to top it all off, he actually insisted there was no evidence the NSA was ‘actually abusing’ its power.”

Pacifist writer David Swanson, author of “War No More: The Case for Abolition,” found no fewer than “45 lies” in Obama’s September 24, 2013, speech to the United Nations. Just one example: Obama said, “we have …worked to end a decade of war.”

To the contrary, Swanson says, “Obama expanded the war on Afghanistan. Obama expanded… drone wars. Obama has increased global U.S. troop presence, global U.S. weapons sales, and the size of the world’s largest military. He’s put ‘special’ forces into many countries, waged a war on Libya, and pushed for an attack on Syria. How does all of this ‘end a decade of war’?”

We also need to consider how much Obama had to gain if he could show voters he could “get” bin Laden. In his 2012 re-election bid, the Obama campaign milked the bin Laden slaying for all it was worth, even making a video narrated by actor Tom Hanks about it. The “Huffington Post’s” Ben Feller at the time wrote an article headlined, “Obama Campaign Using Osama Bin Laden Killing As 2012 Campaign Tool.”

If the Hersh account is accurate, and bin Laden was unarmed, it begs the larger question of why the Pentagon ordered an elite unit to assault his compound with guns blazing when he could have been taken prisoner? Isn’t there a question or two the American people might have liked to ask bin Laden about the 9/11 massacre?

In retrospect, the Obama White House achieved its goals. President Obama improved his re-election chances by killing bin Laden rather than bringing him to justice, even if he had to stamp out the truth to do it. In the process, he fixed things so the Seals can’t talk, the sailors can’t talk, the admirals can’t talk and, above all, Osama bin Laden can’t talk.