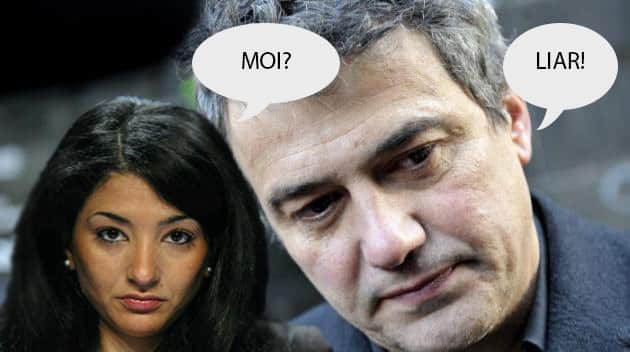 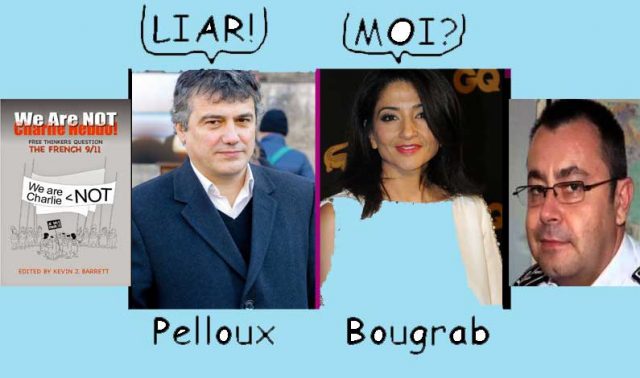 In last week’s article “Charlie Hebdo perps BUSTED! The key lie of Jeannette Bougrab,” I offered evidence that Ms. Bougrab – an operative of the Sarkozy-Netanyahu organized crime network – was not really the girlfriend of Charb, the slain editor of Charlie Hebdo. That was just her “legend.”

Bougrab’s real role, it appears, was to funnel money into the failing, long-since-bankrupt Charlie Hebdo magazine. In return for the money that kept his magazine alive, Charb agreed to publish a barrage of ultra-obscene attacks on Islam. To facilitate the money transfers, Bougrab and Charb pretended to have a romantic relationship.

And thus was the financially non-viable Charlie Hebdo magazine, as philosopher Alain Soral suggested in his contribution to We Are NOT Charlie Hebdo, stuffed with money “like a goose stuffed for foie gras.” It was all a set-up for the slaughter of the goose – the false flag operation of last January 7th.

On Wednesday more evidence against Bougrab surfaced: Closer magazine published an article headlined: “Patrick Pelloux accuses Jeannette Bougrab of ‘stripping bare’ Charb’s apartment.” Pelloux, a close friend of Charb, is one of many Charb intimates screaming from the rafters that Bougrab has been lying when she claims that she was Charb’s girlfriend. (Most of Charb’s family is saying the same thing.) Now Pelloux has gone one step further, charging Bougrab with obtaining Charb’s key on false pretenses after his death and stripping Charb’s apartment…of what? Of evidence implicating the perpetrators of the Charlie Hebdo false flag, one surmises.

Pelloux didn’t just say this to journalists. His charges against Bougrab came in testimony at an official inquest.

Bougrab’s destruction of evidence clearly constitutes what in US law would be termed “obstruction of justice.” One wonders whether Zionist-freemasonic infiltrators will be able to prevent the French police from launching an investigation and filing criminal charges.

But any police who do so had better watch their backs. Their slain comrade, police investigator Helric Fredou, was excitedly looking into the phony Charb-Bougrab “relationship” on the late night of January 7th when he suddenly turned up “suicided” in his own office.

So who is Jeannette Bougrab, and why would she volunteer for the role of “black widow” in the Charlie Hebdo false flag op?

Like her bosses Sarkozy and Netanyahu, Bougrab hates Islam with genocidal fury. That explains her willingness to participate in elaborate deceptions designed to convince the West to wage war on Islam for Israel.

Bougrab’s participation in the current anti-Islam genocide, which has taken the lives of more than a million Muslims since the 9/11 hoax, carries on a family tradition. She hails from a notorious Algerian family of traitors who helped the French murder more than one million Algerian Muslims during the Algerian Revolution. Her Islamophobic campaigns, including her participation in Netanyahu’s false flag terror network (the same folks who brought you 9/11) are a continuation of her family’s genocidal war against their own people.

Will the French people rise up and demand the truth about what happened to Charlie Hebdo? If they do, the guillotine may come back into fashion, and Jeannette Bougrab will be in serious trouble.

[For background on the Charlie Hebdo false flag, check out the video below. It’s from New Dimensions TV, which just launched a GoFundMe campaign to bring you alternative TV with high production values on a modest budget.]