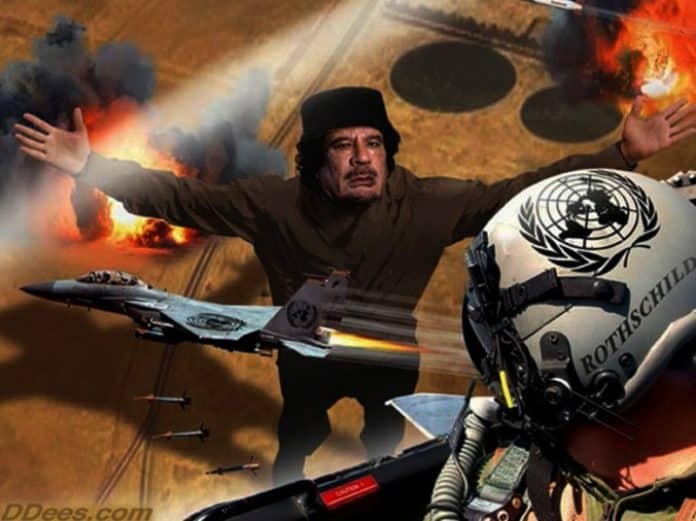 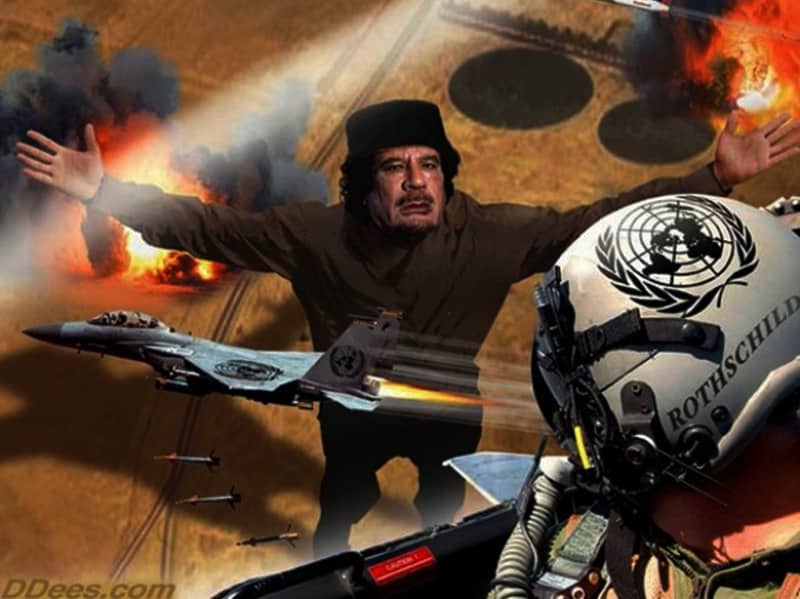 Slightly condensed translation by Kevin Barrett, Veterans Today editor, of an article by Thomas Cantaloube, mediapart.fr, published at bsavenir.fr. For more on the villainy of Netanyahu-network apparatchik Sarkozy, read We Are Not Charlie Hebdo: Free Thinkers Question the French 9/11.

In the emails of Hillary Clinton, another story of the French intervention in Libya

Hillary Clinton, then US secretary of state, was kept informed of the situation in Libya in 2011 and 2012. The emails show that Nicolas Sarkozy had prepared and wanted the war for military and economic reasons, the DGSE (French intelligence) actively participated on the ground in the creation of the transitional government, and Bernard Henri-Levi played the role of commercial representative of the Elysee.

Henry-Levi finally joined the Clinton Foundation and at the time of the Libyan revolution, partnering with some American businessmen to try to carve out markets in post-Gaddafi Libya (we have already told this story on Mediapart ). Sidney Blumenthal was therefore sent to flood his friend Hillary Clinton with memos on the situation in Libya from February 2011 through December 2012. These messages, which have recently been disclosed by the US Senate Commission of Inquiry on the attack in Benghazi that killed US ambassador Chris Stevens, are highly significant.

A mixture of confidential information and geostrategic analysis, policy advice for Hillary (including how to provide cover for her after the victory of the rebels) and recommendations on this or that Libyan politician, these notes are not disinterested, because Blumenthal was covertly trying to promote the interest of his group of businessmen. But he also delivered to “America’s First Diplomat” everything he could glean about Libya at a time when the Gaddafi regime was as opaque as the opposition fighting it.

As he has since admitted, Sidney Blumenthal mainly sent Hillary Clinton emails that are mostly cut-and-paste messages he received from Tyler Drumheller, a CIA veteran who left the agency in 2005 because he opposed the manipulation of information by the Bush administration on Iraq. Drumheller, who spent 25 years at the CIA to become the head of operations in Europe, has worked as a private consultant, but stayed closely connected with the world of intelligence. And so he sent intelligence to Blumenthal, who passed it on to Hillary Clinton, who in turn circulated this information in the State Department.

Amid these fifty memos, which sometimes include factual errors and misinterpretations since they were written in “real time” as the situation was changing every day in Libya since the outbreak of the rebellion in Benghazi on 17 February 2011, there is an alternative reading of the role of France in this conflict. Alternative because it does not correspond at all to the official version put forward by Nicolas Sarkozy and his entourage. Alternative because it raises many questions about the real objectives of the French government that did everything it could to overthrow the Gaddafi regime.

This reading of the role of France is that of a former CIA officer who remained connected to numerous sources in Europe as well as Langley (the CIA headquarters). It also corroborates what was observed on site at the time (the presence of French spies, the role of Bernard- Henri Lévy) in various accounts.

In any event, Hillary Clinton read the emails, forwarded them to her staff and complimented Blumenthal repeatedly. This means that the State Department did not contradict them. In other words, these memos represent the reading, almost day by day, of the war in Libya by the US administration. They are therefore worth as much as the French reading so far presented by the Sarkozy team.

Here are the main points of these memos for France:

1. Sarkozy sees an opportunity to restore the military prestige of France. 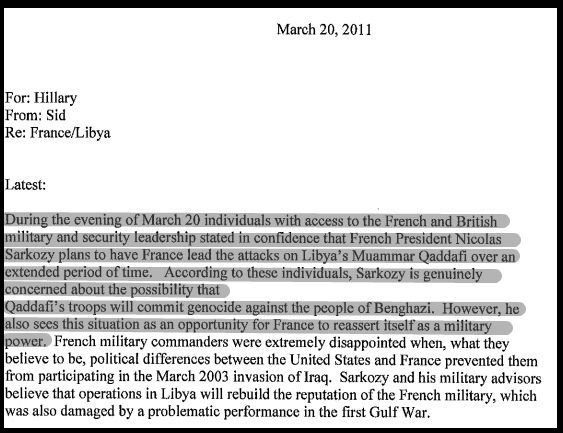 On 17 March 2011, the UN Security Council adopted resolution 1973 authorizing a no-fly zone over Libya and the use of “all necessary measures”, a green light for targeted air strikes. The first airstrikes, led by France, took place two days later, on 19 March. Blumenthal wrote on March 20:

During the evening of March 20 individuals with access to the French and British military and security leadership stated in confidence that French President Nicolas Sarkozy plans to have France lead the attacks on Libya’s Muammar Qaddafi over an extended period of time. According to these individuals, Sarkozy is genuinely concerned about the possibility that Qaddafi’s troops will commit genocide against the people of Benghazi. However, he also sees this situation as an opportunity for France to reassert itself as a military power.

On 19 March, the day of the first strikes, Nicolas Sarkozy justified the intervention from the Elysee: “Helping a people in mortal danger […] on behalf of the universal conscience that cannot tolerate such crimes. We do it to protect the civilian population from the murderous madness of a regime that, by murdering his own people, has lost all legitimacy.”

2. “How the French created the National Transitional Council, or how money talks “ 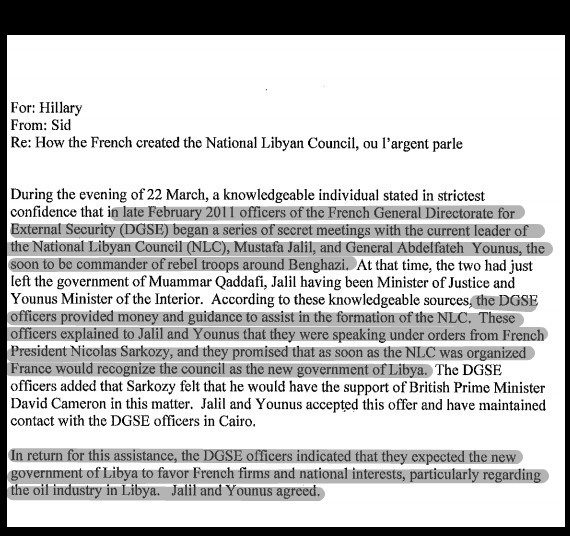 On April 3rd, two weeks after the first strikes, the CNT signed another letter that Libération revealed the following September, stating : “Regarding the oil deal struck with France in exchange for the recognition of our Council at the London summit as the legitimate representative of Libya, we have delegated the brother Mahmoud to sign this agreement assigning 35% of total crude oil to the French in exchange for full and ongoing support to our Council.” According to Libération, the letter was addressed to the office of the Emir of Qatar, with a copy to the Secretary General of the Arab League.

3. Sarkozy, concerned about the influence of the Islamists, demanded that BHL assess that issue 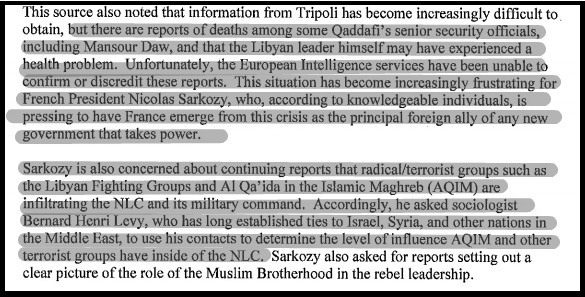 Blumenthal, who loves to gossip, sent Hillary Clinton on April 3, 2011 an article from the Daily Beast that satirizes the links between Sarkozy and intellectuals by asking whether the president is a statesman or just crazy? He says in his message:

On 18 April, Bernard-Henri Levy wrote in Le Monde to “witness here, back from another trip to Benghazi, the reasons that give me hope.” Not a word about any jihadist presence, just admiration for “boxes of handguns hidden under crates of milk powder packs; four RPG7 tank killers; a wire-guided Milan; an air-ground missile launcher stolen from one of Gaddafi’s helicopters and tinkered with to equip a pickup truck.”

6. The DSGE worked closely with the rebels

On 19 April 2011, Blumenthal speaks of the arrival of British military advisers, which will allow France and Britain to benefit from better information. But the Libyan NTC is concerned that neither the French nor the British seem willing to provide sufficient support to make a difference. He adds: Libyans “are particularly bitter about the French position…” 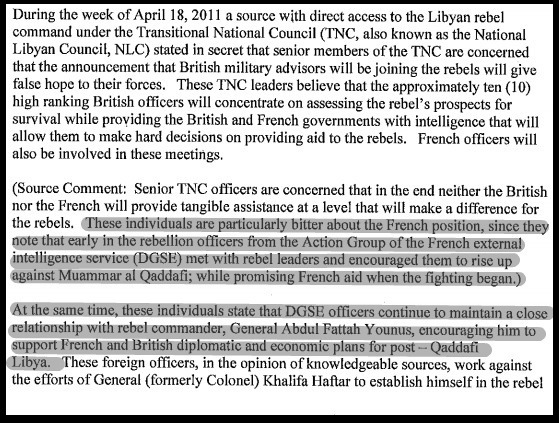 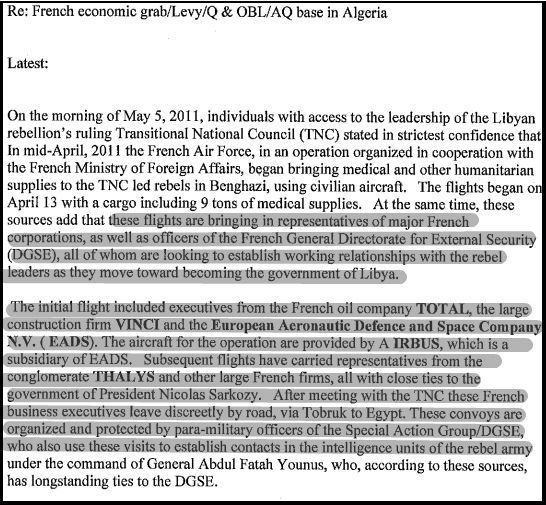 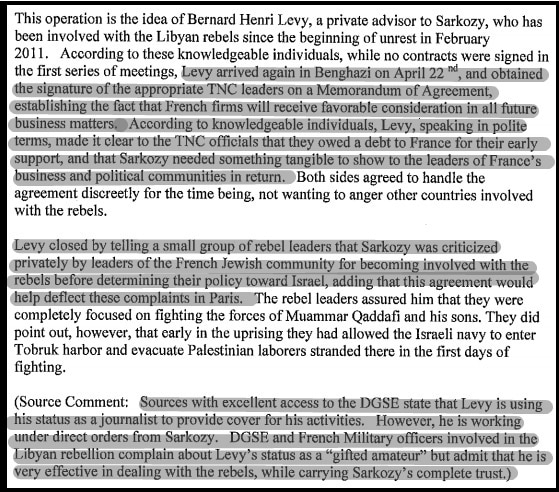 9. “Qaddafi will be summarily executed” 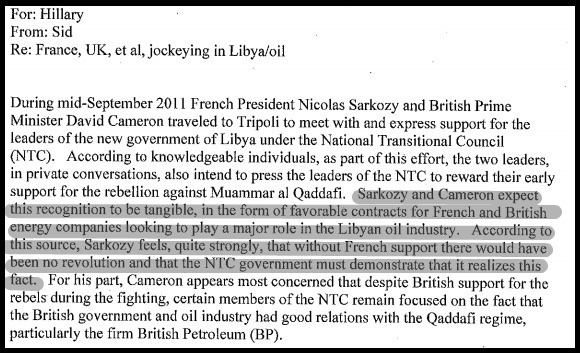 11. The French demand 35% of Libyan contracts and push for the partition of the country 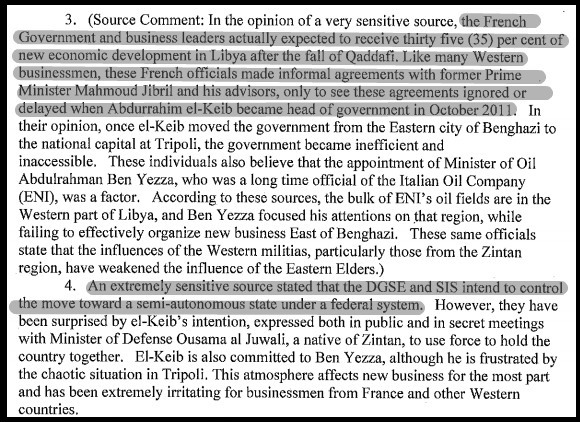 The information that France would support the partition of Libya did not totally convince Hillary Clinton, who transmitted that message to her team, adding: “It hardly seems credible from what I know. More info?”

In June 2015, Libya is still on the brink of chaos…and partition.