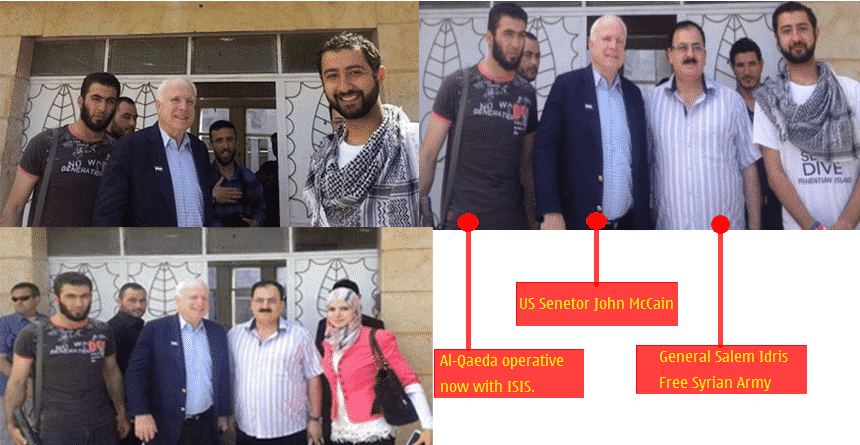 The Neocons and their allies continue to prove the accuracy of the thesis that Zionism cannot exist without terrorism.[1] If you doubt this, you can ask Jewish Neocon Daniel Pipes.[2] If you still want more evidence, you can ask George W. Bush, who trained terrorist groups such as the MEK in Nevada.[3]

We have argued again and again that the Zionist regime has supported terrorist and jihadist groups like the Syrian rebels and indeed al-Nusra,[4] despite the fact that the regime knew that al-Nusra was a terrorist group.[5] Those terrorist groups ended up using millions of dollars and tons of weapons from the U.S. and other Zionist states such as Saudi Arabia to kill children in Damascus.

The terrorist cell even “sent children into combat and used boys as young as 14 to transport weapons and supplies,”which according to the International Criminal Court was another war crime.[6]

In 2012, the Syrian rebels/terrorists bombed a village near Damascus and killed several children and wounded many others:

“The Britain-based Syrian observatory for Human Rights said the bombardment of the village killed eight children. Another activist group, the Revolution Command Council said 10 children were killed when warplanes struck the village as they played outdoors.

“An amateur video showed two girls lying dead in a street while the bodies of two bloodied dead boys were in the back seat of a car parked nearby. Several other wounded children were seen rushed for treatment.

“Another video showed the bodies of two dead boys inside what appeared to be a makeshift hospital as others received treatment from injuries while lying on the floor. The activist videos appeared genuine and corresponded to other AP reporting about the events depicted. Syria restricts the access of reporters.”[7]

We have also pointed out that the Syrian rebels/terrorists and al-Qaeda were and arguably still are two sides of the same coin.[8] The same al-Qaeda made a sort of pact with ISIS at the end of last year.[9]

It has been pointed out by the British newspaper the Guardian that ISIS aspires to smoke Hamas out the conflict. We all know that the Israeli regime also wants to oust Hamas. Sounds like both entities have a common enemy, and there is no doubt that Israel would fill in the blank here. After all, do not forget that the leader of the terrorist group ISIL is none other than Simon Elliot, “son of Jewish parents” and a “Mossad agent.”

Even to this very day, the Zionist state in Israel acknowledges that it is supporting the Syrian rebels/terrorists.

Yet instead of calling their involvement with terrorist groups a wicked action, the Zionist state declares that they only provide “humanitarian assistance to Syrian rebel fighters.”[10] Now here is one of the dumbest statements ever uttered by the Zionist state:

“Our general policy is that we’re not getting involved in the Syrian war.”[11]

Good grief! The regime admits that it is supporting and helping the Syrian rebels/terrorists, but they absolve themselves of any guilt or responsibility by saying that they are “not getting involved in the Syrian war.” How do these people maintain these contradictory statements while their heads do not explode? 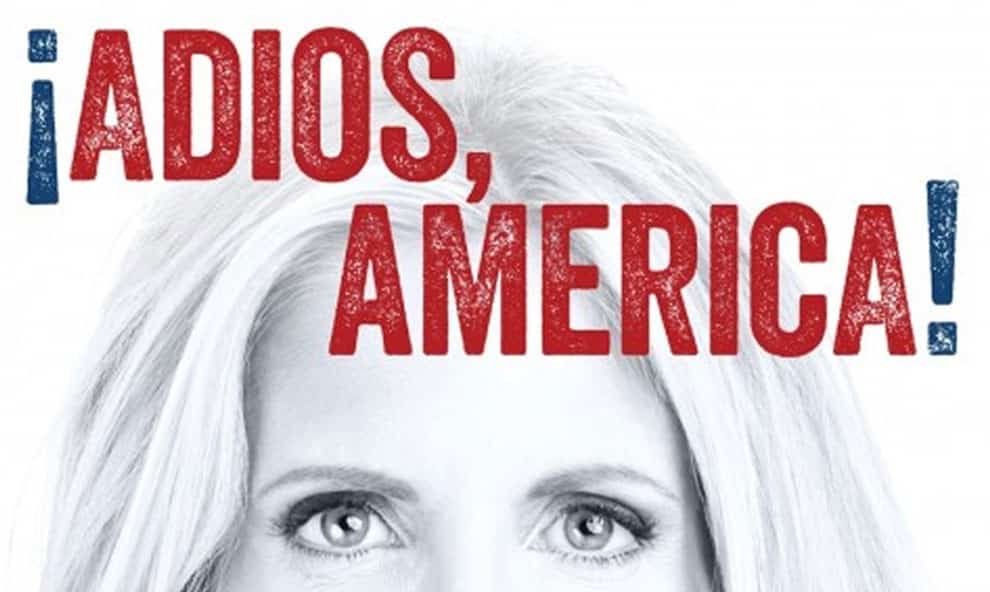 Now, Ahmed Rashid of the New York Review of Books has recently unfolded in an unintentional way the thesis that Zionism and terrorism are both sides of the same coin. His article is entitled, “Why We Need Al-Qaeda.”

We need Al-Qaeda? I thought we were fighting Al-Qaeda? I thought we made a mess in Iraq, Afghanistan, Libya, because the regime told us ad nauseam that Al-Qaeda, among other groups, were spreading without limits? Didn’t Jeanine Pirro, one of the craziest women on Fox News, declare that we need to kill those terrorists? Here is that crazy woman again:

“Could the group long considered the most lethal terrorist organization in the world be the best option left in the Middle East for the US and its allies?”[12]

But if you are still happy about the six-trillion dollar war, if you just think that the issue in America is mainly about what I call “Demo-cats” and “Republi-crash,” if you think that Zionists ought not to be behind bars for the rest of their natural lives, then fine. Enjoy the likes of Ann Coulter, Bill O’Reilley, Sean Hannity, Sarah Palin, John McCain,[13] etc. But do remember that you are going to pay a huge price.

Coulter, one of the flaming Neocon puppets and noisemakers in America, has recently published a risible book entitled Adios, America. Who destroyed America? It was  the “Left,” says Coulter. Period. End of discussion. What is the evidence? Well, Coulter says so.

Don’t the six-trillion dollar wars contribute to the decline of America? No. Those wars were good, too. In fact, we don’t need to talk about the six-trillion dollar wars. It is unnecessary and unproductive. But we know for sure that it was the “Left” who helped destroy America, not the “Right.” We Neocons know our math. In fact, we Neocons are the “Bright.” If people pay enough attention, they will immediately see that  “if Democrats had any brains, they’d be Republicans.”

Or, to put it another way, “if Democrats had any brains, they’d be reading my books to find the truth.” The truth, Ann Coulter herself, is incontrovertible, incorruptible, and always factual.

How should we destroy countries in the Middle East? Pretty simple, says Coulter:

“We should invade their countries, kill their leaders and convert them to Christianity.”[14]

What if the invaders get involved in sodomy, as in case of Abu Ghraib? No, it is a lie and distortion of the truth.[15] What is the truth? Again, Ann Coulter is the way and the truth.

What about factual truth such as the wars in Iraq and Afghanistan will actually cost us six trillion dollars?[16] That again is a lie which the “Left”has been perpetuated since time immemorial. I already told you the truth: nothing outside of Ann Coulter is the truth. In fact,

“I suffered more just listening to the endless repetition of those Abu Ghraib stories than the actual inmates ever did. Then I would wrap it up by laughingly referring to a liberal in the audience as a ‘macaca.’”[17]

In short, Coulter’s books are the truth. She has more tales to tell:

“We have liberated the Iraqi people from a brutal dictator who gassed his own people, had weapons of mass destruction, invaded his neighbors, harbored terrorists, funded terrorists and had reached out to Osama bin Laden. Liberals may see Saddam’s mass graves in Iraq as half-full, but I prefer to see them as half-empty.”[18]

Here is the “new” truth from the truth teller:

“Contrary to the fairy tale the left has told itself since Obama truculently gave away America’s victory in Iraq, our argument wasn’t that we had to invade Iraq because of Saddam Hussein’s weapons of mass destruction. And the left’s argument certainly was not: ‘He doesn’t have any WMDs!’ Our argument was: There were lots of reasons to get rid of Saddam Hussein, and none to keep him.”[19]

In all honesty: here is a woman who was trained as a lawyer and who should know better, but now it seems that reason is a foreign language to her. Scholars have laboriously proved that the war in Iraq was based on a massive lie,[20] but Coulter wants none of that.

As we saw in a previous article, people like Donald Rumsfeld and even Dinesh D’Souza have already abandoned the Zionist sinking ship. D’Souza, who used to date Coulter and who used to write risible books such as The Enemy at Home: The Cultural Left and Its Responsibility for 9/11, is now saying that,

“The Iraq war, undertaken by George W. Bush, was a mistake. I supported the war at the time, because I believed the Bush administration’s claim that Iraq had ‘weapons of mass destruction’ (WMDs). In retrospect, that proved to be false. I don’t understand how a country can invade another country based on the suspicion that they have WMDs. We should not have gone unless we knew they had WMDs.”[21]

Yet while people are trying to find a life jacket and jump out of the Zionist sinking ship, Coulter wants to stay there, looking foolish and wanting to commit political suicide. Shouldn’t D’Souza help her out? Shouldn’t he put her under sedation, put the life jacket on her, and push her out of the boat? When will Coulter start taking things a little more seriously?

The moral of the story here is that you should never get on the Zionist sinking ship. If you do, you will end up like Ann Coulter and others, who simply do not allow reason and logic to guide their thinking.