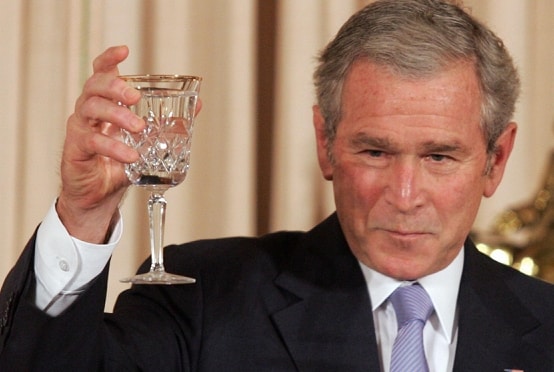 Bush charged Texas-based Helping a Hero that amount in 2012, according to ABC News.

The organization also provided Bush with private jet travel to Houston at a cost of $20,000.
Laura Bush, the former president’s wife, additionally pocketed $50,000 after appearing for the group in 2011, ABC reported.

Helping a Hero fundraises for homes that are specifically adapted for military veterans with lost limbs and other severe injuries, it said.

The group specifically helps those who fought in Afghanistan and Iraq.

Former Marine Eddie Wright, a former member of Helping a Hero’s board, criticized the former first family on Wednesday.

“For him to be paid to raise money for veterans that were wounded in combat under his orders, I don’t think that’s right,” Wright said.

“You sent me to war,” he said. “I was doing what you told me to do, gladly for you and our country and I have no regrets.”

“But it is kind of a slap in the face,” added Wright, who lost both of his hands during a rocket attack in Fallujah, Iraq in 2004.

Read more at The Hill