Home Life No Longer the Summer of 67 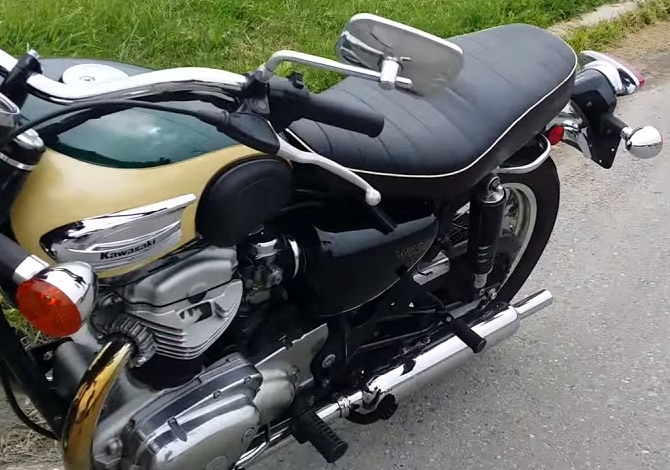 Rain and cold in Ohio today, more rain than we have seen in a century while the Pacific Northwest burns, dry, hot and unreal.  Every day, more and more, it becomes clearer, change is a bad thing and has been so for a very long time.

Riding around yesterday on a primitive chain driven kick start motorcycle pushed the clock back a bit.  Then I turned on the TV and a rerun of the series Bones is there, peddling the lone gunman Kennedy assassination fairy tale.  To those who weren’t alive then or “sentient,” the idea that any of us could make a life in America without turning a blind eye to the reality of America as a slave culture died as well.

Kennedy was the last real American president.  Many of us know this well but most simply parrot what the media has supplied through innuendo.  Any time a political leader threatens to move against the masters, they are taken down.

Like many Americans and others, the motorcycle no longer represents what it once did.  Few are aware of that of which I make obscure reference, however.  In today’s world,’ with a Harley dealership at every major interchange, riding ability and the “open road” has, for the most part given way to making “potato” noises and avoiding boredom.

What few if any remember is the hand gesture that motorcyclists use to greet one another.  This began in the late 1960s, two fingers held to the side, indicating the universal held belief by those who sought the helmetless freedom of the road that there was something inherently sick about the Vietnam War and those who supported it.

The two fingers are still there, for some at least, but none remember why.  What is sadder still is that the idea of general opposition to war as a “racket,” was mindlessly shelved, not just after 9/11 but decades before.  Motorcycle gangs are largely a post Korean War phenomenon with angry and dispirited bikers faced with the post war economic cutbacks of the Eisenhower era and, quite perhaps, stimulated a bit by Kerouac, sought a feeling of freedom in an era ripe with hypocrisy.

With “hipsterism” being a limited urban phenomenon, reflected in mainstream America as the Maynard G. Krebbs character on the Dobie Gillis Show, the idea of counter-culture embedded itself with biker culture and the “DA” haircut.

Life in America for the working class included highschool, with many dropping out at 16 and seeking employment in heavy industry.  Few went to college, community colleges and online education were not factors, particularly since the internet wasn’t invented yet.  Military service was seen as universal, particularly since there was a draft.  Prior to Vietnam, military service was looked to as a way of getting clear of pregnant girlfriends, child support or doing time in prison.  For those of America’s south, still economically backward, it was a first experience with flush toilets and a paycheck.

Today’s controversy about the Confederate flag is almost funny when you look back 50 years and take note that the conflict itself, not the flag, was a subject of real controversy.  Yankees were carpetbaggers and southerners were “N” word hating white trash, mumbling barefooted cretins whose life consisted of loud hillbilly music and violent outbursts.

In the North, being black was very bad, being Southern, nearly as bad.

Sometimes I wish the Vulcan mind meld really worked.  Writing about the “good old days” had become passe long ago.  It almost seems as though the internet exists to prove, once and for all times, that human society is damned and that human beings are deserving of the end foretold in fictional biblical prophesy.

My generation has been a disappointment after getting off to such a good start.  Is this just me remembering what never was?

This is more fodder for radio than written commentary.