Home World Taliban’s talk with the Government: Official people without a mandate 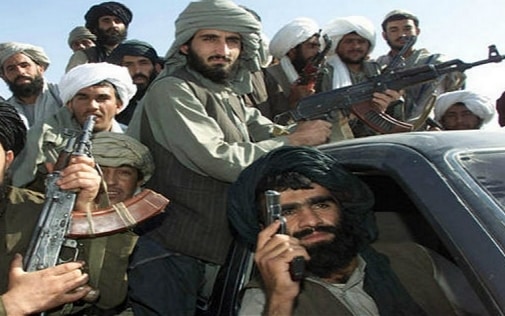 Dr. Naeem Wardak, the spokesman for the Taliban’s Qatar Office told Nunn.Asia that no one from the Taliban Political Office participated in the Islamabad peace talk.

Meanwhile, the New York Times quoted the email from Taliban Political Office that the participants in the Islamabad peace talks did not have authority to negotiate, these individuals were arrested by ISI, they, instead of making peace process better, worsening it.

It is said that Mawlawi Abdullatif Mansoor, the former head of Taliban Political Commission, Haji Ibrahim, brother of Mawlawi Jalaluddin Haqqani and Mullah Abbas Akhund, former Minister of Health in Taliban regime and present head of Taliban Health Commission were participated in the Islamabad peace talks.

Both Mawlawi Abdullarif Mansoor and Mullah Abbas Akhund are well-known military and political figures in the Taliban lines, they, to a large extent, have power, and authority to make decisions. It would be good, if Haji Ibrahim was given authority by Mr. Haqqani; otherwise, he, previously, have had relations with the Afghan government in different situations.

The type of the Taliban declaration has changed this time, Taliban, a day after peace negotiations started, have issued a declaration that does not reject the Islamabad peace talks clearly, however, if we study it precisely, it, somehow, agreed that Taliban members have authority to conduct such peace talks, it has said that the Taliban, for improvement and reform, brings changes in capacities of their authorities. The Political Office is responsible for the entire internal and external affairs; the Political Office has authority to have negotiations with every kind of domestic and foreign side wherever and whenever they want to.

Perhaps, the Taliban do not want to lose their members, those who had participated in negotiation with the Afghan government, would have done this job without the permission of the Taliban leadership, as like as they had a meeting in China’s Urumqi. Now, the Taliban would try to prevent the division among themselves and, calmly, make these under-pressured Taliban authorities understand to avoid participating in such meetings, that’s why they would have shown softness and ignorance in their formal declaration, however, the spokesman for the Political Commission, Dr. Naim, has rejected these negotiations.

On July 7th, 2015, the media reported face-to-face peace talks between the Afghan government and the Taliban that had took place in beautiful city of Murree in nearness of Islamabad, President Ghani, for the first time, welcomed these face-to-face talks; moreover, the White House and United Nations had welcomed the peace talks between the Taliban and the Afghan government, also.

Nawaz Sharif, the Prime Minister of Pakistan that was in a visit to Norway, broadcasted a pre-recorded message on Pakistani TV and called the talks between the government and the Taliban, a good progress and development.

The Foreign Ministry of Pakistan, systematically, was providing the media with very undetailed information on these peace talks.

The latest news from the Pakistan Foreign Ministry was that the both sides became agreed to continue these talks and they would have negotiations after Eid, also.

It seems that the Taliban that do not have the membership of Political Commission but have authority to negotiate would have told the representatives of Afghan government, in the peace negotiations that lasted for two hours, about their conditions and demands directly.

Besides that, the countries that have developments in relations with the Taliban on peace process like Qatar, China, Norway, Japan, Iran and Turkey would have requested the Taliban to present their conditions to the Afghan government directly in order for the International Community and the countries involved in peace process to know whether the Afghan government is ready to accept the Taliban conditions or not, and to learn about the biggest obstacles toward the peace.

It looks like Afghans who met the Taliban in Doha, Norway and Dubai also told the Taliban to raise their demands with the Afghan nation, the Afghan government and the international community directly.

There were some individuals in the Taliban lines that wished to present their demands to the Afghan government directly, and examine the government for their response to the Taliban demand on the withdrawal of foreign forces form Afghanistan.

The media has reported the provisional support of former President Karzai on recent peace negotiations, also.

There is a question that if the Taliban agreed to have this meeting on their own wish and if Pakistan played positive role in it, therefore, it was needed for some of members of the Taliban Political Office (the Qatar Office) to attend the Islamabad meeting and participate in face-to-face peace talks, because the Taliban have said, for the several times, that only their Political Commission (the Qatar Office) have the power and authority to conduct negotiations on peace.

If Pakistan provided the ground for negotiations on the wish of Taliban leader, in this case, it is needed for the Taliban to accept their participation in the peace negotiations, they have not accepted this thing clearly, and, however, this kind of uncertain and indescribable situation increases concerns, also. Nowadays, as everything gets clear very soon, and there is a huge number of media and sources that do not let the thing stay secret, however, the Islamabad peace talks are still tentative.

Such important face-to-face meeting that took place between the Taliban and the Afghan government, for the first time in last 14 years, were needed to be facilitated by the International Community and at least in accordance with regional principles; however, everything happened with hurry like having fun in entertaining town of Murree.

For such kind of peace talks, it was necessary to have Iran, Saudi Arabia, Qatar, UAE, Turkey, India, Central Asian countries and even Russia to be in the picture of these face-to-face peace talks.

Is Pakistan truthful in peace process?

If Pakistan is truthful in peace talks, we can call the Islamabad short and dull negotiations a good progress, but, if Pakistan just wants to show the Afghan government and the international community that it can make the Taliban to have peace talks and if a secret agreement was made with the Taliban to put heavy conditions, that are beyond the authority of Afghan government, for peace negations, then, we can say that Pakistan had followed its 10-years old policy on the peace process with a new shape.

I believe that the Taliban are going to have peace talks, however, they are waiting for the permission of their leader Mullah Mohammad Omar Mujahid, he has not permitted them to have face-to-face negotiations with the Afghan government; so, how can we believe that the Islamabad meeting was held as a result of Taliban’s own desire?

We have mentioned in our articles, TV and radio discussions and interviews that the Doha’s PUGWASH Conference and the Norway and Dubai meetings slowly facilitate the ground for face-to-face talks between the Taliban and the Afghan government, and that they, sometime, would have face-to-face talks.

According to my information, the Taliban wished to have talks with the new Afghan government, however, signing the BSA with America and interference of Pakistan delayed this process for almost 9 months.

Hekmat Karzai had a meeting with representatives of the Taliban’s Qatar Office before Ashraf Ghani takes power, he became familiar with them, had talks on death of Hashmat Karzai with the Taliban, which the Taliban, recently, had rejected having hand in the death of his brother.

Also, Hekmat Karzai had participated in the Norway Conference; several times, grounds for having meetings with involved sides are facilities in such conferences, perhaps, Hekmat Karzai would had met the Taliban delegation in Norway and would had informal talks on peace with them.

Participation of Hekmat Karzai instead of other Afghan high-ranking officials in this round of peace talks would have two reasons, first that he is familiar with the individuals from Qatar Office, to see whether the Taliban delegation is able to do representation or not, and whether there are individuals from the Qatar Office participated in the meeting or not?

The other reason might be, as there were low-level officials participated on behalf of the Taliban in this meeting, so the Afghan government sent rather low-level authorities to this meeting, also.

We hope that the Taliban Political Commission and the Afghan government share the entire secret talks in peace process with the Afghan nation in a proper time, and that the both sides should try to not become victim of intelligence war, instead of that, they should think of solutions that can bring peace.

Since a few months the Taliban were trying the ground for face-to-face talks to be facilitated, firstly, the people and Taliban fighters should be prepared mentally for face-to-face peace talks and then the direct peace negotiations should be started with the Afghan government. Pakistan, benefiting the opportunity, hurried and faced this plan of the Taliban with obstacles and delay, furthermore, the Afghan government was distrust on its high-level officials that had secret and obvious relations with the Taliban and were holding meetings with them, it is the reason behind such an urgent and uncritical meeting without a prelude that held as a result of intercession of Pakistan with an urgent and immature way.

It is needed for the Afghan government to resolve the domestic disagreements on peace process with the former President Karzai’s team, the CEO, Abdullah Abdullah and the North Coalition at all, the deputy CEO, Muhaqiq and the First Vice President, Dostum; and instead of various ideas, it should have one clear policy and idea on peace process, then.