Editor’s note: Today is the day martial law was supposed to sweep America.  Instead nothing happened. The backpedaling started weeks ago. Remember the ISIS camp across the Rio Grande with 40,000 terrorists or Alex Jones’ Russian army marching up the Mississippi? Do we want to go really nuts, “full Fetzer?”

Those who reported trainloads of “shackles” or hidden prisons in the imaginary tunnels under Walmarts, or more insane still, Dahboo’s infamous video telling of the newly built 124-year-old whiskey aging warehouses in “the backwoods of Kentucky,” all expressed with pathetic bad grammar, perhaps worse than the lies themselves.

The Jade Helm hoax, based on months of investigation, was funded by the Bronfman crime family and planned by Stratfor and DEBKA, two “corporate intelligence” groups our investigators say may be tied to Wikileaks, InfoWars and the intelligence services of Israel.

Today is the day it all burned down. Now read about who these people really are and why they are the real enemy, police informants, paid propagandists and dangerous idiots… Gordon Duff

It was announced to the world that, during first quarter of 2015, the American economy “tanked.” Those who reported it, even those who jockeyed the economic indicators to manufacture a hideously wrong picture, knew it as well.

Last week, stories hit the news, quietly of course, that the economic situation has been wrongly assessed. Nobody said why, they simply said it was all a misunderstanding.

You see, retail sales figure in the US crashed because the cost of fuel went down, causing a lowering of actual transactions but, with that, a strengthening of the dollar. This in turn cut exports, as a high US dollar compared to the mythological Euro and the British Pound, makes American goods expensive.

What did happen in the US is a rise in savings, a lowering of levels of consumer borrowing, a rise in wages and a huge cut in deficits.

Am I saying the US is perfect? You will find the same pundits who report what are now invented failures of President Obama also blamed President Clinton for implementing the North American Free Trade Agreement signed by President Bush. Almost all of these same pundits claim it was Clinton who signed the agreement as well, since nobody checks on things like that.

Let’s take a look at another issue, equally misreported, equally spurious. The same pundits who love inventing economic indicators also continually blither about martial law and gun seizure in the US.

When writing to American audiences they go further with many having a long and for some now hidden history of fomenting race hatred or “no visible means of support,” meaning they only write what they are paid to write by those mysterious unseen handlers that send out “talking points.”

If you hadn’t noticed, if you see the same points in articles by activists and pundits, this “spam content” which fills the comment boards, blogs and even journals originates from Washington based think tanks with huge black budgets to pay off “investigative journalists.”

The mainstream news gets the same talking points, mind you, but they have to pay taxes on their payoff money, it comes as a weekly paycheck rather than as mysterious book purchases or PayPal donations.

So, let’s talk about martial law. For those who really know American politics, the idea of a Democratic president being authoritarian is funny.

There is nothing totalitarian about Democrats, in fact there is nothing even “organized” about the Democrats. They fight among each other so much, no two have ever agreed on anything.

You see, the funny thing is the Democratic Party tends to stand for reform, civil rights, due process, free elections, environmental protections, quality education, health care and limitations on the privilege and power of those who have looted America.

Then again, those who have looted America finance the think tanks that send out the talking points to the pundits, who invariably support the positions of big oil and the financial and war cabals that they give lip service to criticizing.

America is a loose confederation of states with very limited involvement by the federal government in the affairs of states. 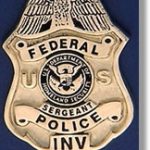 When the FBI goes to a state, they are watched, local courts limit what they do and, too often when they go after really bad people, and they often do exactly that, they are hampered by corrupt local officials.

Under Bush, all that changed with a massive federal bureaucracy taking disaster and environmental groups and melding them with the military, thus the lunatic fringe talking about FEMA camps, which do not exist.

However, they could exist, but if they did, they would have been put there by Bush, not Obama and would exist with the full backing of those same right wing totalitarian think tanks that fund the blogosphere, talk radio and the mainstream media.

Yes, a very fearful mechanism was put in place by Bush, one that Obama has never used but has failed to dismember as well. Is that failure because the presidency in the US lacks this kind of power?

Is it because it was necessary for extremists, the same extremists who fund the blogosphere, to plan and execute 9/11 as a “New Pearl Harbor” in order to push through legislation to form this fearful capability?

You know, when you look at the history of many writers, activists, pundits and self-proclaimed experts, you find their history of opposing evil is a rather checkered one. Most were either silent or “controlled opposition” during the entire Bush administration.

Here is a very simple litmus. The United Nations published a human rights report on Palestine almost two weeks ago. Some of the language was watered down, but the report clearly named Israel as guilty of war crimes.

In fact, the report, as seen in the preamble, was predicated on the fact that the occupation of Palestine is done in violation of the Geneva Convention.

Yet, there is almost nothing said of this report, few read it, Julian Assange failed to take note, others as well said nothing and there is a reason for this. Those who missed this didn’t do so by accident. They were told to miss it, it was in their “talking points.” Otherwise, how could any rights activist miss something of such global import?

Let’s return to the US and why there will not be martial law under Obama, why the idea is so insane. There are three branches of the federal government. One, the Supreme Court, is the most controversial with several judges being clearly controlled by organized crime. Two are probably insane.

This court can stop any government move, nullify any law and is and has been for years out of control. It was 5 members of the Supreme Court that stopped the 2000 election and put Bush in office. This same court has been doing little but building a police state which, thankfully, the executive branch under Obama has chosen to not use.

This is why, in truth, millions of Americans desperately fear a Republican president because they really do fear martial law and only a Republican would have the backing of the court and the legislature to enact it.

For those who are unaware, the majority in the two houses of the congress are now controlled by gambling boss Sheldon Adelson, an Israeli citizen who hates the United States, perhaps for reasons not entirely unreasonable.

Thus, a Democrat could never “crack down” on anyone, but a Republican not only would but it is within their tradition to do so, and it was the Republicans who are responsible for 9/11 and its aftermath, a carefully planned effort to turn the US into a police state and war against the world on behalf of some very nasty and powerful people.

Is this a conspiracy theory?

The next issue is gun seizure. Individual states pass laws related to guns though the federal government has powers as well. It is individual states that have passed crazy laws that make some guns illegal because of a brand name and yet allow other guns of devastating combat power to remain legal.

What is most important is that the gun lobby in the US has tremendous power in the congress and that gun laws are impossible to pass. Gun ownership crossed all political lines in the US and there are very few who want gun control.

However, the Democratic Party is guilty of pandering to certain “urban elites” who advocate gun control. Their position is a rational one, people probably shouldn’t be able to own better weapons than the military but it is too late to do anything about it.

You see, America is a nation built on mistrust of government, which is a two edged sword. This cynicism and distrust has become fodder for psychological warfare experts who manipulate fear and envy along with race prejudice in order to build “electoral blocks” to maintain control of what has become a sadly corrupt economic system.

It is all about money.