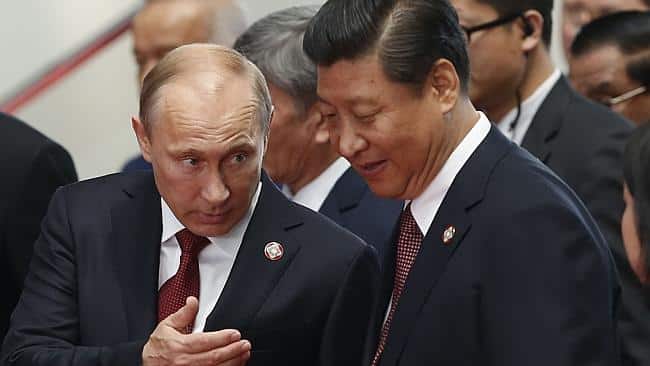 Editor’s note:  This is the latest NEO crossposting we have done for Christof Lehmann since his piece, Will France and Germany challenge NATO. The subject matter caught my attention — this issue of the unresolved peace treaties with Germany, Italy and Japan, and how most of the public is completely unaware of the geopolitical dynamics that these ghosts of WWII wield in the modern world.

That alone was not enough motivation to bring this over. It was his tie in with the Gladio Operations, where much of the violence was in Germany and Italy.

I have read a few mentions that suggest that the Western terror war we seeing now was adopted as a replacement for the boots on the ground kind, where if they come back home in body bags it generates public opposition to the nasty task at hand.

In this case, no one weeps for the KIA Takfiris — maybe not even their families. They are the cheap modern imported “use once and throw away” human cannon fodder that the West seems determined to use for its regime change jihad. So Lehman’s trip down memory road is a good review for us, as the geopolitical hustlers have a long history of using what has worked before — with no worries about the public’s short memory span.

But we do remember here at VT, having three core generations among our key staff and networks, and a lot of depth in the Cold War with Lee Wanta and Col. Hanke being our most senior. Clinton Bastin died last year here in Atlanta, where I was at least able to attend his memorial service. The Vietnam era people behind Bastin’s generation are going to have to fill their shoes eventually.

Lehman is posing that it is past time to conclude these WWII peace treaties by forcing a discussion on them, something VT loves to do. So we will explore this more, doing some radio on it and see if the issue connects with the public. At the end of the day, we either have impact on some of these things or we don’t, and they just roll right over us… Jim W. Dean 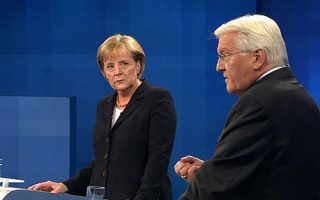 The UN Charter still designates Italy, Germany and Japan as enemy states to the United Nations. In legal terms this means that any U.N. Member State can launch a “preemptive” military aggression against these nations without a declaration of war.  Seldom discussed, this enemy State status is today, arguably, one of the greatest obstacles for a lasting peace in Asia and in Europe.

Since the end of WW II none of the G-4, that is China, UK, USA, and the USSR / Russia have taken steps to abolish the Enemy State Clause from the Charter of the United Nations.

The implications and the lack of the sovereignty (e.g. the jus ad bellum) are, arguably, one of the greatest obstacles with regard to achieving a lasting Asian and European peace. A few examples should amply demonstrate why.

Both the Italian Brigate Rosse and the German Rote Arme Fraktion (RAF) were in part infiltrated by respectively Italian and West-German intelligence services before they were even formally established. In Germany the internal intelligence service of Berlin (Landesamt für Verfassungsschutz Berlin LfV Berlin) as well as the Federal Internal Intelligence Service (Bundesamt für Verfassungschutz – BfV) had infiltrated the later to be militarized left from the onset of the leftist student protest in the mid-60s.

To mention but one example; a LfV-Berlin agent, Peter Urbach, was one of the first to provide weapons and explosives to what later would develop into the militant 2. Juni and RAF. The situation with regard to Italy’s Brigate Rosse was similar.

When German leftists went to Italy to help procuring weapons for the left in Greece that was prepared to take on the Greek military dictatorship, it became obvious that Italy’s police and Intelligence Services with ties to Italy’s Gladio network were well-informed and involved. (Statements by former members of Germany’s 2. Juni and RAF).

Other attacks like the assassinations of von Herrenhausen and Rohwedder have, arguably, been carried out by NATO intelligence, while accusing the RAF or as in the case of von Herrenhausen the RAF as well as parts of the Lebanese Hezbollah which was known to be heavily infiltrated by the Israeli Mossad.

There exist today, serious and justified doubts whether Gladio networks were involved in the assassination of Deutsche Bank Director Alfred von Herrenhausen and Treuhand President Rohwedder. Von Herrenhausen lobbied for a more benign policy toward so-called third world nations and a partial debt moratorium. Rohwedder was, after the German reunification (shotgun wedding), actively inquiring into the mafia-style takeover of East German corporations by foreign entities.

So much to the information that slowly becomes part of the public discourse. What is being omitted, however, is that the domestic and foreign intelligence services of Italy and Germany, at top-levels and in part in the form of “factions with these services” still are heavily controlled by Washington and London.

The CIA and MI6 are playing a role, although the main thrust comes from the Pentagon, the JSOC-CIA interface and the JSOC / NATO interface. In Italy the 1978 kidnapping and assassination of Aldo Moro by an infiltrated Brigate Rosse cell prevented the formation of an Italian Cabinet with participation of Italy’s Communist Party. So much to Italian “sovereignty”. 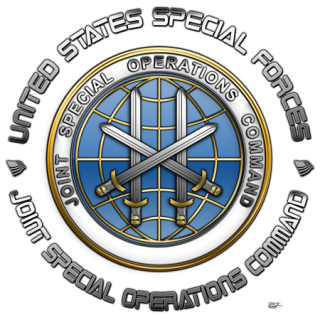 One may ask whether an Italian or German government could act sovereign and so to speak “clean up” within their respective intelligence services. The answer is an unequivocal no; not as long as both States remain designated as enemy States to the UN.

The situation of German governments is further complicated by the fact that Germany still has no peace treaty and that Washington and London do all that is in their power to maintain that status quo.

No post WWII government in Germany has dared to touch upon this “hot potato”, Red – Green coalitions included. Even The Left (Die Linke) avoids the issue as much as possible.

1) To push for a permanent seat at the UN Security Council to force the hands of the G-4;

2) To assert German power within the European Union, at considerable expense for the German economy in the form of bailouts etc.

Considering the situation in Ukraine and tensions between Russia and NATO/EU, one cannot underestimate the fact that neither an Italian nor German government could maintain a sovereign foreign policy.

About 50% of Germans do not perceive Germany as solidly or permanently anchored within NATO.

About 50% would like to see Germany maintain a neutral position as a bridge between the East and the West — at equal distance and with equally good relations to Moscow and Washington.

No German government would be able to reflect this public opinion in its policy.

Being designated as enemy State to the UN, Japan has to “dance on hot coals” too. There is a growing public consensus against US bases in Japan, but no Japanese government could reflect this trend in tangible policies without risking serious implications. Any Japanese top-politician who would touch upon this issue would literally commit political hara kiri.

But it is not only the USA that keeps Japan in the legal limbo of being designated as enemy State. Japanese – Chinese relations with regard to the disputed Senkaku / Diaoyu Islands are strongly biased by Japan’s attempt to assert its sovereignty, even if it, at times reluctantly, has to play geopolitics and use the US against China.

Japanese governments, at times reluctantly, have to play the US card against Russia. Russian–Japanese relations could, arguably, become far more positive if Russia took the initiative to level the playing field by signing a peace treaty.

Considering the developing Chinese – Russian relations and considering long-term geopolitical strategies in the Asia–Pacific region, a Russian and Chinese show of confidence in Japan as a partner would free the hands of Japan with regards to US–Japanese relations and be a wise move that would have positive repercussions throughout the region, including the Philippines, Malaysia, Thailand, Korea and Vietnam. 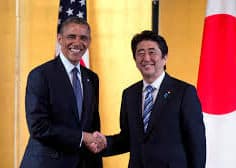 With regard to both Russia and China such a step could, using tentative policies, also result in foiling the Anglo American Axis’ hegemony in Europe and Washington’s Asia Pivot.

A joint Chinese–Russian initiative would also create far greater trust in countries like Vietnam and South as well as North Korea. A Russian initiative would create a more genuine discourse about the situation in Ukraine, NATO’s role with regard to Ukraine and the fact that Germany, and by implication the EU, are forced to “follow suit” and adhere to Washington’s dictates.

The Russian administration of President Vladimir Putin prides itself of being a proponent of a global community of interdependent but sovereign nation States. Taking the initiative with regard to the abolishment of the enemy State clause and a peace treaty with Japan could, arguably, be the most wise long-term investment that would secure that this vision can bear fruit and show that Russia’s position is genuine.

Ultimately, one must ask the question why none of the G-4 has yet taken the initiative. Is it a function of mistrust between cold-war and new-cold-war alliances? Or is is a conscious perpetuation of Yalta where the G-4 carved up the world into hegemonies, divided by Iron, Bamboo and Banana curtains?

If so, the invariable outcome will be that an increasing number of those States who have been subjugated and forced into these hegemonies, sooner rather than later, will rise against the G-4.

Others, like Egypt, will note that the UN failed as much as the League of Nations, in protecting smaller nations from the conflicts that were unleashed during and after WWI and WWII. The trend to reform the UN or to abolish it all together is becoming increasingly prevalent.

Another invariable outcome of a continuation of Yalta in new drag will be that the seemingly endless string of low-intensity conflicts that is being fueled by the aftershocks of Yalta will continue, while the G-4 position themselves and their power base — using people from Europe, Asia, Africa, and the Middle East as canon fodder and hostages.

Dr. Christof Lehmann an independent political consultant on conflict and conflict resolution and the founder and editor in chief of nsnbc, exclusively for the online magazine “New Eastern Outlook”.