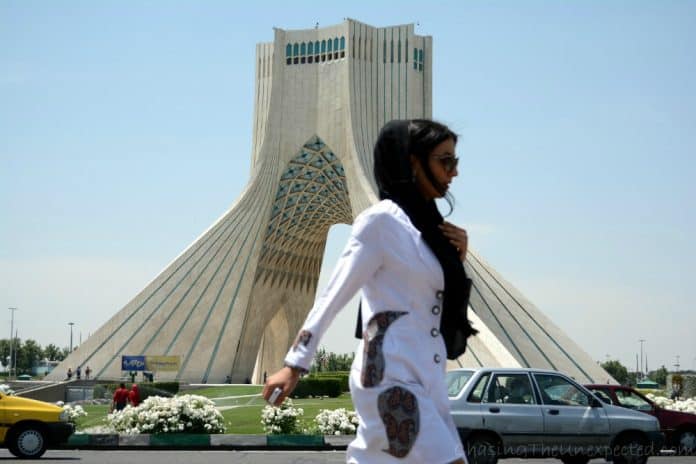 [ Editors Note: Pop the champagne corks! Uri is in rare form today, as he actually calls the American Neocons out for being fools. He further suggests that Israel’s press – yes, Israel’s – has been brain-washed, and then points out the lack of wisdom in Bibi Netanyahu’s tin-ear policy towards Iran — a country that was formerly an ally of Israel.

The cherry on top of the sundae is when Uri acknowledges that Israel cheated in the non-proliferation arena and developed a WMD program. But what he has consistently dodged is ever justifying its existence, when Israel’s conventional military power has always been sufficient to defend it, as confirmed from US Intel reports.

The government even admitted this years ago during an election campaign when the level of military spending was being challenged, specifically that the nuclear arms and its cost were an unnecessary duplicative expense.

The answer given was that it was correct from the defense perspective, but the real justification for having the nuclear weapons was to be able to negotiate while holding a nuclear gun to an opponent’s head. This of course was only in Israeli media. No foreign press would ever publish such a statement. I ran across this in my early years, after discovering the wonderful admission gems that could be found in the Zionist media.

One of the reasons we run Uri weekly here, despite our issues with his being an unrepentant Zionist, is that he is such a good critic of the militant Zionists, especially the Likuds. There is not a single major US media writer that produces material like this. They would join the unemployed quickly. But as an Israeli, Uri can get away with it.

American Israeli lobby Jews hate Uri for this reason, and they hate that we can use his material to attack militant Zionists with no fear of getting the anti-semite smear, as they know that won’t fly when quoting Uri. He gets almost zero coverage here in the US. For the Zios to attack us would cause more publicity for Uri, so they never lay a glove on us, or send even an email. We just get the blackout treatment.

At this rate, perhaps next week Uri will even condemn the June 1967 Israeli naval and air force attack on the USS Liberty that killed 34 American servicemen. Then, VT might really have to start talking about nominating Uri for a Nobel Peace Prize based on the body of his activism and writings… Jim W. Dean ]

And what if the whole drama was only an exercise of deception? What if the wily Persians did not even dream of building an atomic bomb, but used the threat to further their real aims?

What if Binyamin Netanyahu was duped to become unwittingly the main collaborator of Iranian ambitions? Sounds crazy? Not really. Let’s have a look at the facts.

Iran is one of the oldest powers in the world, with thousands of years of political experience. Once they possessed an empire that spanned the civilized world, including our little country. Their reputation for clever trade practices is unequaled.

They are much too clever to build a nuclear weapon. What for? It would devour huge amounts of money. They know that they would never be able to use it. Same as Israel, with its large stockpile.

Netanyahu’s nightmare of an Iranian nuclear attack on Israel is just that – a nightmare of an ignorant dilettante. Israel is a nuclear power with a solid second-strike capability. As we see, the Iranian leaders are hard-boiled realists. Would they even dream of inviting an inevitable Israeli retaliation that would wipe from the face of the earth their three-millennia-old civilization? If this capability is defective, Netanyahu should be charged and convicted for criminal negligence.

Even if the Iranians did deceive the whole world and build a nuclear bomb, nothing would happen except the creation of a “balance of terror”, such as saved the world at the height of the cold war between America and Russia.

Perhaps they traded their nonexistent nuclear designs for their very real political design: to become the hegemon of the Muslim world. If so, they owe a lot to Netanyahu. What has the Islamic Republic ever done in its 45 years of existence to harm Israel?

Sure. Tehran crowds can be seen on television burning Israeli flags and shouting “Death to Israel”. They call us, not flatteringly, “the Little Satan”, as compared to the American “Great Satan”. Terrible. But what else?

Not much. Perhaps some support for Hezbollah and Hamas, which were not their creation. Iran’s real fight is against the powers that be in the Muslim world. They want to turn the region’s countries into Iranian vassals, as they were 2400 years ago.

This has very little to do with Islam. Iran uses Islam as Israel uses Zionism and the Jewish Diaspora (and as Russia in the past used communism) as a tool for its imperial ambitions.

What is happening now in this region resembles the “religious wars” in 17th-century Europe. A dozen countries fought each other in the name of religion, under the flags of Catholicism and Protestantism, but in reality using religion to further their very earthly imperial designs.

The US, led by a bunch of neocon fools, destroyed Iraq, which for many centuries had served as the bulwark of the Arab world against Iranian expansion. Now, under the banner of the Shia, Iran is expanding its power all over the Region.

Shiite Iraq is now to a large extent an Iranian vassal (we’ll come back to Daesh). The leaders of Syria, a Sunni country ruled by a small semi-Shiite sect, depend on Iran for their survival. In Lebanon, the Shiite Hezbollah is a close ally with growing power and prestige. So is Hamas in Gaza, which is entirely Sunni. And the Houthi rebels in Yemen, who are Zaidis (a school of the Shia.)

The status quo in the Arab world is defended by a corrupt bunch of dictators and medieval sheiks, such as the rulers of Saudi Arabia, Egypt and the Gulf oil potentates. Clearly, Iran and its allies are the wave of the future, Saudi Arabia and its allies belong to the past.

That leaves Daesh, the Sunni “Islamic State” in Syria and Iraq. That is also a rising power. Unlike Iran, whose revolutionary élan long ago exhausted itself, Daesh is radiating revolutionary fervor, attracting adherents from all over the world. Daesh is the real enemy of Iran – and of Israel.

President Obama and his advisors realized this some time ago. Their new alliance with Iran is partly based on this reality. With the advent of Daesh, realities on the ground have changed completely. The shift reaffirms the old British maxim that one’s enemies in one war can well become one’s allies in the next, and vice versa.

Far from being naïve, Obama is building an alliance against the new and very dangerous enemy. This alliance should logically include Bashar Assad’s Syria, but Obama is still afraid of saying so aloud.

Obama and his advisors also believe that with the lifting of the crippling sanctions, Iranians will concentrate on making money, lessening their nationalist and religious fervor even more. That sounds reasonable enough. 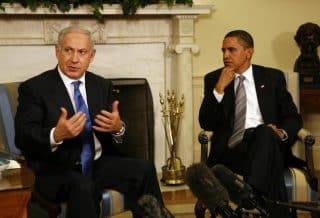 Netanyahu thinks the American people are “naïve”. Well, for a naïve nation the US has done quite well in becoming the world’s only superpower.

One by-product of the situation is that Israel is again at loggerheads with the entire political world. The Vienna treaty was signed not just by the US, but by all leading world powers. This seems to create the situation described by a jolly popular Israeli song: “The whole world is against us / But we don’t give a damn…”

Unfortunately, unlike Obama, Netanyahu is stuck in the past. He continues demonizing Iran, instead of joining it in the fight against Daesh, which is far, far more dangerous to Israel.

One does not have to go back to Cyrus the Great (6th century B.C.) to realize that Iran can be a close ally. In the relations between nations, geography trumps religion. Not so long ago, Iran was Israel’s closest ally in the region. We even sent Khomeini arms to fight Iraq. The Mullahs hate Israel not so much because of their religion, but because of our alliance with the Shah.

The present Iranian regime has long since lost its revolutionary religious fervor.

It is acting according to its national interests, and geography still counts. A wise Israeli government would use the next ten or more years of a guaranteed nuclear-free Iran in order to renew the alliance – especially against Daesh. This could mean new relations with Assad’s Syria, Hezbollah and Hamas too.

But such far-reaching considerations are far from the mind of Netanyahu, the son of a historian, who is devoid of any historical knowledge or intuition. The fight is now going to Washington DC, where Netanyahu will be fully committed as a mercenary of Sheldon Adelson, the owner of the Republican Party.

It is a sorry sight: the State of Israel, which has always enjoyed the full unblinking support of both American parties, has become an appendix of the reactionary Republican leadership. One victim of this is the legend of the “invincible” pro-Israeli lobby. This crucial asset has now been lost. From now on, AIPAC will be just one of the many lobbies on Capitol Hill.

An even sorrier sight is Israel’s political and media elite on the morrow of the signing of the Vienna treaty. It was almost incredible. Almost all political parties fell in line with Netanyahu’s policy, competing with each other in their demonstrations of abject loyalty.

From the “leader of the opposition”, the pitiful Yitzhak Herzog, to the voluble Yair Lapid, everybody rushed to support the Prime Minister at this crucial hour.

The media were even worse. Almost all prominent commentators, left and right, ran amok against the ‘disastrous” treaty and heaped their uniform disgust and contempt on poor Obama, as if reading from a prepared government “list of arguments” — as indeed they were.

Not the finest hour of Israeli democracy and the much lauded “Jewish brain”. Just a despicable example of all-too-common brain-washing. Some would call it presstitution.

One of Netanyahu’s arguments is that the Iranians can and will cheat the naïve Americans and build the bomb. He is sure that this is possible. Well, he should know. We did it, didn’t we?