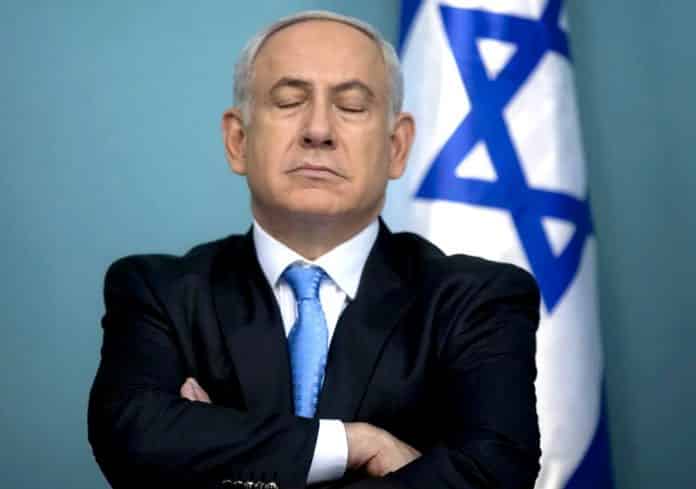 Netanyahu obviously wants to be a political clown. He wants attention, and if he doesn’t get attention, he will say some of the dumbest things you couldn’t possibly imagine. You can even predict with accuracy what he will say whenever he opens his mouth: He will tell at least one big lie. In fact, he breathes lies. Just pick up your newspapers and start sifting through the lies that this man has produced over the past few days.

What is so sad is that the man is so delusional that he thinks he is full of insights—great insights, which he believes will save the lives of the Jewish people. If he says that Iran is the number one terrorist country in the world, rest assured that the statement itself will be repeated over and over among his puppets, most specifically among Republicans and Neocon shills.

For example, Netanyahu has propounded that the Iran deal is “a historic mistake.”[1] Well, just yesterday, Thomas Sowell wrote an article entitled “A Historic Catastrophe.”[2] In 2009, Netanyahu foolishly declared that “Iran is the major sponsor of world terrorism.”[3] In 2015, Thomas Sowell repeated this lie saying that Iran is “the world’s biggest sponsor of terrorism.”[4]

Since the 1990s, Netanyahu has been gyrating around the world and saying that Iran was getting closer to the bomb.[5] In 2010, Sowell wrote that “We know that Iran is moving swiftly toward nuclear weapons while the United Nations is moving slowly—or not at all—toward doing anything to stop them.”[6]

I have been following Sowell since my senior year in college. It was Sowell who wrote in The Vision of the Anointed that assumptions are taken “for granted by so many people, including so-called ‘thinking people,’ that neither those assumptions nor their corollaries are generally confronted with demands for empirical evidence. Indeed, empirical evidence itself may be viewed as suspect, insofar as it is inconsistent with [the prevailing vision].”[7]

So, when Sowell postulated that “Iran is the major sponsor of world terrorism,” I quickly wrote him a letter asking for serious evidence for this bold claim. I even quoted what he said in The Vision of the Anointed, just in case he wanted to dodge the question. Guess what?

Sowell never responded. It was not a question of whether he received the message at all. In fact, I previously wrote him a message saying that I had enjoyed reading his books, to which he responded, “Thank you.”

Now that Sowell was handcuffed by his own ideology, the best way for him get out was to ignore the issue altogether. Why?

Because Sowell has certainly been paid to write those ridiculous statements. That is why he is still at the Hoover Institution, supporting the Zionist regime in Israel and of course defending Capitalism, which E. Michael Jones has historically argued is “state-sponsored usury.”[8] 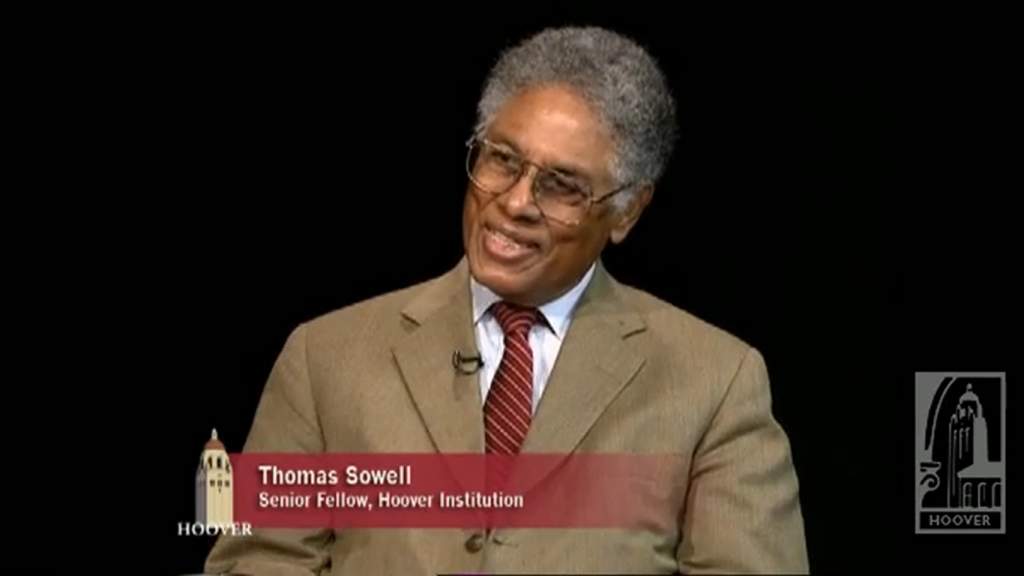 The simple fact is that Sowell will never tell his readers that his potentate, Benjamin Netanyahu, is not only a liar but a delusional person whose only interest is to use deception to subvert and pervert and invert the political order and manipulate much of the Republican Party. This is not coming from Jonas E. Alexis. Listen to Haroun Yashayaei, the chairman of the Tehran Jewish Committee:

“There is no doubt that the Israeli prime minister is so narcissistic that none of these developments can deter him from following his delusional goals.”[9]

“Although Netanyahu traveled all over the world trying to block the nuclear deal with Iran, ‘he was not taken seriously anywhere and by anybody and was finally angry.’”[10]

Yashayaei went even further to say that there is this “regime that has been occupying a large part of the Palestinian lands since 1967 and has never heeded any of the resolutions adopted by the UN General Assembly or Security Council, and has even rejected to temporarily stop building settlements.”[11]

Yashayaei “accused Israel of using rockets fired at it from Gaza as a ‘pretext’ to ‘turn the Gaza Strip into ruins.’”[12]

I certainly would love to see how people like Sowell respond to Yashayaei. Ami Ayalon (former head of the Shin Bet), Efraim Halevy (former chief of the Mossad), and Shlomo Ben-Ami (Former Israeli Foreign Minister), welcomed the nuclear deal.[13] Moreover, Jewish scholars such as Avi Shlaim have never taken Netanyahu seriously.[14] Ben-Ami himself has recently said:

“Netanyahu is an ideologue of Jewish catastrophe. His view of Jewish history reflects that of his father, the historian Benzion Netanyahu, who went to America in the 1940s to challenge the Allies’ failure to rescue European Jewry from the Holocaust, and thus to mobilize support for Zionism…

“It does not matter that Israel possesses, according to foreign sources, a nuclear arsenal, as well as a robust economy and a strong alliance with the world’s most powerful country; for Netanyahu, it is essentially an old Jewish ghetto, attempting to hold out against relentless threats.”[15]

Does Sowell mean to tell us that he has the evidence (not just Netanyahu’s brazen statement) to show that those people are wrong? If he does, then we should allow him to present the evidence clearly and forthrightly. If not, then it stands to reason to say that Sowell and Netanyahu are concentric circles. The proof of that statement can be found in an article written by Sowell himself. Sowell admitted last month that Iran is in “Iraq fighting ISIS,”[18] but “Iran is the major sponsor of world terrorism”!

One certainly needn’t be an intellectual to see that this is absolutely dumb. It gives me headache when intellectuals like Sowell cannot see the inherent and vital contradictions in their own writings. I guess Sowell was right when he wrote in Intellectuals and Society:

“The capacity to grasp and manipulate complex ideas is enough to define intellect but not enough to encompass intelligence, which involves combining intellect with judgment and care in selecting relevant explanatory factors and in establishing empirical tests of any theory that emerges.

Intelligence minus judgment equals intellect. Wisdom is the rarest quality of all—the ability to combine intellect, knowledge, experience, and judgment in a way to produce a coherent understanding…

“Wisdom requires self-discipline and an understanding of the realities of the world, including the limitations of one’s experience and of reason itself. The opposite of intellect is dullness or slowness, but the opposite of wisdom is foolishness, which is far more dangerous.”[19]

Why can’t Sowell use this formula in his own writing?

Sowell has again stripped himself of any moral an intellectual virtue by saying that “in the end President Bush listened to his generals and launched the military ‘surge’ that crushed the terrorist insurgents and made Iraq a viable country.”[20]

A viable country? Didn’t Sowell just admit that ISIS is taking over the country? Didn’t Bush lie to the American people?[21] Won’t the wars in Iraq and Afghanistan cost us at least six trillion dollars?[22] Didn’t the wars literally screw up American soldiers? Didn’t the Pentagon estimate that at least 360,000 Iraq and Afghanistan veterans suffered from brain injuries?[23]

Sowell has enough evidence right in front of him which disproves his nonsense. In fact, John J. Mearsheimer of the University of Chicago and Stephen M. Walt of Harvard have pointed out that the war in Iraq was a complete lie.[24] Academic and 28-year old veteran of the C.I.A. Paul R. Pillar has said the same thing.[25] Yet Sowell has never addressed their evidence.

From 2003 to 2012, over two thousand doctors and nurses, and over four hundred academics, have been assassinated in Iraq. Others have emigrated due to violence in the region. In 1990, there were about thirty thousand registered doctors in Iraq. By 2008, more than fifteen thousand had already left the country. Then there is the high unemployment that has been ravaging sections of the region, combining with the fact that educational institutions have been in decline.[26]

One writer said that “many advocates claim Iraq is now a great success. But not for Iraq’s Christians.”[27] People like Benjamin Weinthal were even talking about “The Mideast’s Vanishing Christians.”[28]

I guess Iraq was still a “viable country” when people were being slaughtered by the hundreds. How does Sowell expect people to take him seriously?

[7] Thomas Sowell, The Vision of the Anointed: Self-Congratulation as a Basis for Social Policy (New York: Basic Books, 1995), 2.

[8] E. Michael Jones, Barren Metal: A History of Capitalism as the Conflict Between Labor and Usury (South Bend: Fidelity Press, 2014).