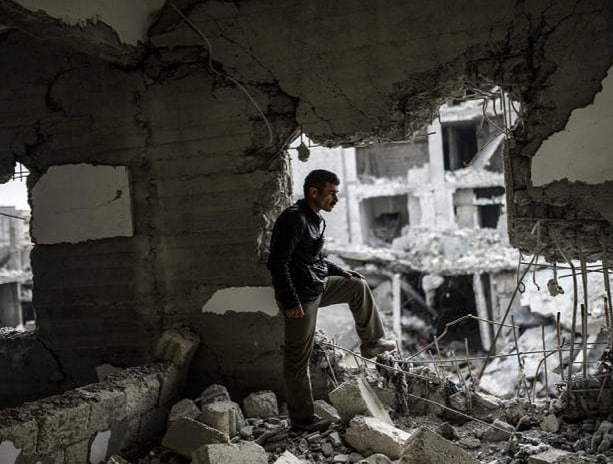 There is nothing of this in the Western press but in the Middle East, everyone is discussing what they believe to be secret codicils to the Iran nuclear agreement. According to rumors no one seems to know the origin of, Iran is said to have agreed to let Syria fall to ISIS.

US International Parliament Foreign Minister and Secretary General of the European Department for security and information Dr. Haitham bou Said ruled out a regime change in Syria after the nuclear agreement struck between Iran and the United States, describing the circulated news as “inaccurate and unrealistic.”

This is his take on the aftermath of such an agreement, were it true:

“The wish in Israel and the US is for ISIS to take on Hezbollah, but according to the rumors flying around, Iran would still agree to support and if needed use its military forces to protect Hezbollah while allowing Syria to fall. This entire scenario is both inaccurate and unrealistic.

However, the actions of the West and their failure to control Erdogan’s erratic behavior, which may well have included complicity in a false flag terror attack against his political enemies last week, are likely to bring about serious consequences. This is what I feel would happen were Iran and Russia to pull back from their support of Syria and to allow Western sanctions to crash Syria economically”:

For those unaware, there are several views of what the real relationship between Israel and ISIS may be. It is reasonable to assume that Netanyahu believes he is in control of ISIS, either directly or through surrogates.

Israel has not opposed ISIS in any way nor has she prepared for any potential contingency should ISIS go on the offensive again after recent setbacks in both Syria and Iraq.

Hubris is a key Netanyahu failing, his believe that any contingency can be dealt with through American military and Sheldon Adelson’s cash. Little does Netanyahu realize that Syrian survival is all that is keeping the ruling Jewish class of Palestine from being pushed into the Mediterranean.

If this war is won over money and power, taking down Israel, something suspected to be far easier than imagined, would be the biggest prize in the region and the fall of Syria would only be a stepping stone to an ISIS capitol in Jerusalem.

Bou Sa’id said “There is a military action that already started and will engulf the borders of the States that witness brutalities committed by the Takfiri groups, namely “ISIS” and Al Nusra in Syria and Iraq, underscoring that Iran has not discussed “regime change in Syria:” but on the table were topics relevant to lifting the financial blockade and economic benefits, specifically crude oil.

He added that the unprecedented Western inclination toward Iran will enable the latter to improve the negotiating conditions, not the other way around, to grab the mega-deals in all domains.

In the same context, Dr. Bou Sa’id confirmed that some Arab countries will witness security deteriorations and cycles of violence perpetrated by ISIS, including Saudi Arabia, Egypt and Turkey.

Dr Bou Said warned of the insecurity in Tunisia, Egypt and Algiers, and called on the three countries to take a unified position to combat terrorism at all levels; the idea can be summed up in three basic points: drying out funding resources, installing electromagnetic devices and radar monitoring at major crossing points, and establishing a Committee of experts from the three States for the proper functioning, implementation, and INTEL follow-up.

The “US Administration is staggering in its foreign policies towards regional issues, particularly the Middle East, Bou Said concluded.

He accused the “AIPAC” of muddling in “US internal situation” in an attempt to abort the signed nuclear deal with Iran. However, “these attempts will face Western pressure as the West need desperately to scramble out of its financial crisis,” he said.

Regarding Turkey, Bou Said remarked the Last explosion which took place in the border city with Syria, predominately Kurdish, was prefabricated by Erdogan, in coordination with the Intelligence. Erdogan wants to come back to power at any price.