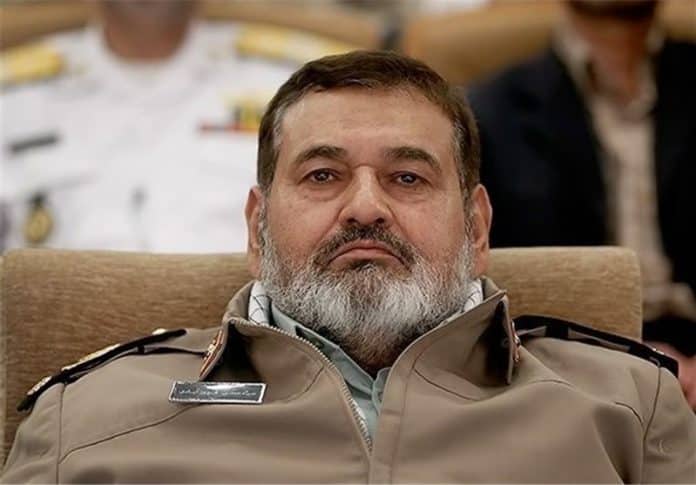 [ Editors Note:  I had been waiting for Iran to finally make a major statement on Turkey’s entering the Syrian war, with its thin veil of revenge on ISIS for blowing up Erdogan’s opposition – which no one believes – and then proceed to bomb Kurdish positions that are blocking ISIS supply routes to Turkey.

Iran has major economic interests with Turkey, as do the Russians who have also remained publicly silent on Erdogan’s latest neo-Ottoman Empire moves. Russia is somewhat over a barrel with its being committed to the new Turkish pipeline route to Europe, which when built, faces an uphill fight getting north of Greece.

Iran also is not happy with Barzani’s bringing up the Kurdish independence issue, as the future gas pipeline to Europe going through Turkey would be passing through another choke point, Kurdish state or no Kurdish state. It is hoped that the pipeline transit fees eliminate problems.

If Iranian advisers with the Syrian military are killed in bombing strikes by Turkey, we could see ground to air missiles flowing to the front lines quickly, and Turkish planes falling out of the sky. Erdogan would have his trigger to push his army into northern Syria, and who knows, maybe with NATO and US backing. A dangerous game is being played here… Jim W. Dean ]

A top Iranian general has slammed as a “strategic mistake” Turkey’s recent attacks against Kurdish forces, who are fighting against the ISIL Takfiri terror group. Chief of Staff of the Iranian Armed Forces Major General Hassan Firouzabadi made the comments on Wednesday, warning that the Turkish military’s recent attacks against anti-ISIL Kurdish forces facilitate the access of Takfiri extremists to Turkey’s frontiers.

He said Turkey should be worried about its own nation in the face of ISIL’s “satanic conduct” and those supporting the terror organization, including the “Zionists and the United states.”

Firouzabadi’s comments come after Turkish tanks reportedly shelled four Kurdish-held villages in northern Syria late on Sunday, injuring four fighters of the Kurdish People’s Protection Units (YPG). Ankara had claimed that its offensive on the northern parts of Syria was solely aimed at undermining ISIL, a Takfiri group which controls territories there and in neighboring Iraq.

However, in a statement on Monday, the YPG said: “Instead of targeting IS (ISIL) terrorists’ occupied positions, Turkish forces attack our defenders’ positions. We urge [the] Turkish leadership to halt this aggression and to follow international guidelines.”

The senior Iranian military official further criticized Turkey, Saudi Arabia and Qatar for providing support to Takfiri terrorists, stressing that such a policy will “sooner or later” backfire and endanger their own security.

Firouzabadi further advised Ankara, Riyadh and Doha not to count too much on their “alliance with ISIL,” stressing that the Takfiri terror group eyes ruling the entire Islamic countries, and that the three Muslim states are no exceptions.

Turkey recently launched airstrikes allegedly against the bases of the Kurdistan Workers’ Party (PKK) in northern Iraq as well ISIL positions in Syria after a deadly bomb attack which left 32 people dead in the southwestern town of Suruç, across the border from the Syrian Kurdish town of Kobani.

This is while the Takfiri militants operating in Syria have long enjoyed the support of Turkey as well as its Western and regional allies, including Saudi Arabia and Qatar.

Many media reports have recently that Ankara actively trains and arms the militants in Syria, and also facilitates the safe passage of would-be foreign terrorists into crisis-hit areas. In a report published last Sunday, The Guardian quoted an unnamed senior Western official as saying that evidence on direct dealings between Turkish officials and ranking ISIL members was “undeniable.”