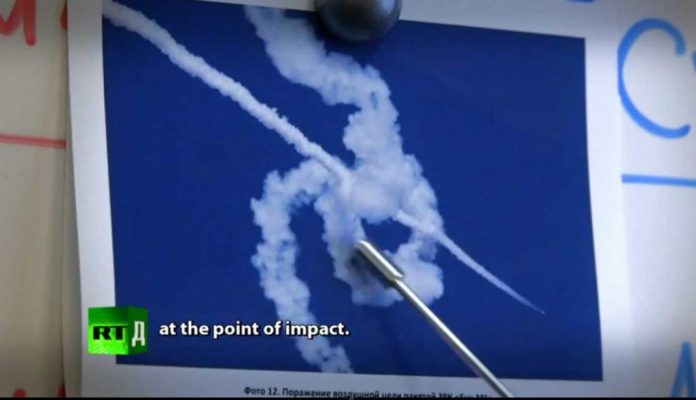 “Journalism is printing what someone else does not want printed. Everything else is public relations.”… George Orwell

Malaysia played the fool this week by pushing for a UN-sponsored international commission on the MH17 shoot down, which it knew would be vetoed by Russia.

Its only motivation might have been wanting to make Russia look like it was hiding some responsibility for itself or the Donbass Republics.

This was not only a cheap shot at Russia, but a dishonor to the victims of the tragedy. Shame on the Malaysian authorities for this shameful act.

Where were they on the front end of the investigation when, with a big push by them, the pilots and airline workers unions could have been brought in to guarantee that there would be no rigged investigation?

The airline people are the ones whose lives are at risk every day to these mass crimes, both by terrorists and state actors using them in false flag attacks, which MH17 reeks of, and is suspected by every intelligence analyst I know.

To some who feel I have spoken too harshly about Malaysia, I did so because the Malaysians were attempting to add the Donbass and Russian people to the victim list in this tragedy. They were smart enough to know there was no motive for the Russian or the Donbass defense forces to shoot down a plane at that altitude.

When the Malaysians did not come out right away and attack the initial story as suspicious at best, this showed me they feared a state-sponsored false flag terror attack themselves, and were keeping their heads down.

When Kiev refused to cooperate with the initial investigation and to this date has not turned over the air traffic controller tape logs, why was Malaysia not screaming “foul”?

Why didn’t any of the EU countries or the US instruct Kiev that if it did not cooperate fully by turning over all of its evidence then Western financial assistance would be stopped on the spot?

And where was Malaysia when the US – who we know was conducting 24/7 battlefield surveillance by satellite, navy radars and drones – never turned over any of their evidence?

On the other hand we did have a country turn over technical evidence, the only one who did… Russia. So, Malaysia’s grandstanding at the UN, trying to rub some mud on Russia by insisting on this vote earned my contempt.

I pray that the victims’ families will read this and agree. They have been poorly served by their government, as have I by mine, who is also withholding evidence.

To prove I am not picking on poor Malaysia, let us now turn to the UN vote, which revealed itself as a lynch mob, with foreign members flying in to get their Russia-bashing camera time. They showed their bias by putting on what seemed a competition for who could smear Russia the most. It was a scene of hypocrisy on steroids, which is not unusual for the UN, even when Netanyahu is out of town.

Holland’s FM Albert Koenders told us he found it incomprehensible that a UNSC member [Russia] would obstruct justice by blocking the tribunal. Koenders must moonlight as a standup comic on the weekends. He has watched the US veto Palestinian resolutions his entire life and must view the rest of us for idiots.

Dear Mr. Koenders, it is Holland that squeezed Russia out of your investigation. That raised a red flag for those of us out here who are used to watching a rigged investigation being put together. You have to make sure “troublesome parties” are not involved.

The UN has never appointed a commission to investigate the past plane bombings — a point Mr. Putin brought up but you can find no mention of it in the Western media. I still suspect the Russians are holding some major cards back until the Western hypocrites are deep in their own quicksand plot, and then they will release some critical items.

US Ambassador Samantha Power put on her usual “big bad Russian wolf” display, again pretending (for today) that there are not multiple prosecution avenues open for this case. The Dutch already have one in progress, for whatever that is worth. Listening to these actors today one would think this was the first passenger plane terror attack.

By the way Ms. Power, I don’t remember there being a call for an international tribunal for 9-11, especially after it was announced that the US investigation would include “no sworn testimony”.

And how many innocent civilians have died, Ms. Power, as a result of the 9-11 coup? Who among you that were gang bashing Russia today shed a tear for any of them. All you represented today was being a cheap opportunists.

The most over the top lynch mobber today was Australia’s Julie Bishop. She got out her flamethrower, saying she could not believe the Security Council would walk away from finding out who had brought down a commercial airliner.

But it gets worse, with her also saying, “The veto only compounds the atrocity”…. “ only one hand was raised in opposition.”

Dear Ms. Power, how many Palestinian resolutions have you been the only hand raised against, to “compound the atrocities against the Palestinian people”? Methinks you doth protest too much, madam. Not one of these foreign ministers has had a harsh word to say about Kiev stonewalling the investigation, the only proven obstruction of justice in the case that we have so far.

Our Veterans Today sources have told us that both of the Ukrainian fighter pilots, including the one seen in the widely reported internet story, are sitting safely in Saudi Arabia, where no subpoena to testify will ever touch their hands. They also have a lot of money to ease the pain of being separated from their mother country.

But these same foreign ministers are indirectly guilty, because they have supported the violent coup in Ukraine in a classic Western regime change, where many more innocent people have been killed with no pity from these same phony moralists.

We cannot count the crimes inflicted on the Donbass people to which these grandstanding Western FMs have not lifted a finger to even acknowledge, much less accept responsibility.

In intelligence analysis you always follow a dual track, looking carefully at all the clues you have in front of you, but even more importantly, at things that should be present, but aren’t.

One of those items is the complete lack of curiosity by the Western governments and their media as to why MH17 was diverted from the normal flight path to one taking it directly over the battlefield area.

Far from attempting to block an investigation, the Russians have always advocated one… and been ignored. Ambassador Churkin once again stated that Russia was “ready to co-operate in the conduct of a full, independent and objective investigation… to identify the guilty and punish them.”

And lastly, I must add that I am not thrilled with how quiet the pilots’ and airline workers’ unions have been throughout all his. I have advocated before that they could have shut air travel down for a day as a show of strength that it would be “no more business as usual” in these airline tragedies, with state actors involved who hold themselves above the law, and rig the investigations.

What we are seeing over and over is the failure of Western institutions to stand up to the thugs and gangsters that wiggle their way into top political positions, where obstruction of justice when it suits them is considered a rite of passage for obtaining power.

Yes, we have a lot of leadership failure at the top, but there is also no shortage of it in the middle. Western media is a perfect example. Rather than being the spotlight on the cockroaches, it has often become the fog machine that blows smoke so the guilty can slip away.

Let us be thankful for what independent media we do have, or we would have nothing to fight back with at all. We have much work to do, to find and punish the guilty as Ambassador Churkin stated.