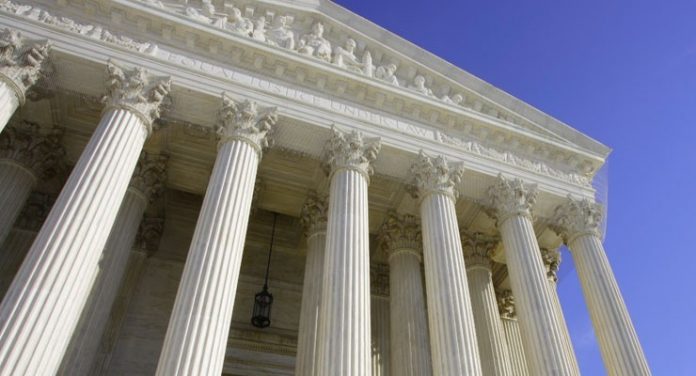 “One generation plants the tree. Another enjoys the shade.” ~ Anon

[ Editor’s note: Many will say that this meeting was a waste of time, as none of the State sponsors of terror, nor those guilty under the Nuremberg precedent of “waging an aggressive war” will pay any attention to calls for international laws to actually be enforced on the powerful as much as the weak. But they are wrong.

All social change has sprung from a seed that was not only planted, but nurtured, so that those in the future would have something to harvest. One of the major hurdles we have now is a modern society that is primarily interested in quick results.

As soon as they hear anything about a long fight, they are out the door unless there is already an established fundraising franchise in place — in which case, they instantly convert to long-haul fighters.

The other problem is not just the state parties that can hunker down behind their immunity and endless taxpayer funds to protect themselves, but that society’s institutions have been penetrated and compromised, and the instigators know when to keep their heads down.

And even worse, we have the situation where Western media is predominantly onboard the various propaganda programs they are assigned to feed out to their selected constituents — to prime them up for being reliably delivered as public supporters of elitist machinations.

So yes, when our institutions have failed us, it is time to have some good sit-down brainstorming sessions to explore how the failed ones can be replace with new people, new ideas and true commitments.

And yes, it will not come quickly, but as we teach our children, we must keep our shoulders to the wheel to eventually get to the mountain top, so we can look back on what we have accomplished… Jim W. Dean ]

On July 10th this writer had the honour of participating in a unique event that took place in the stunningly beautiful Reception House of the Russian Ministry of Foreign Affairs in Moscow.

In a chamber of white marble walls and glittering chandeliers, dozens of legal experts, parliamentarians, social activists and government representatives.

They came from Germany, France, Spain, Italy, Switzerland, Finland, Sweden, the CIS states, Georgia, Canada, Israel, Turkey, USA and Russia, met to present their views on the state of international law and the world crisis provoked by the aggressive and militaristic policies of the NATO powers.

The meeting was organised by the State Duma of the Federal Assembly of the Russian Federation, the Gorchakov Public Diplomacy Fund, as well as the Institute of Europe of the Russian Academy of Sciences, the Kutafin Moscow State Law University, and the Russian Historical Association.

The Chairman of the State Duma of the Federal Assembly of Russia, Sergey Naryshkin, chaired the discussion, which took place in the format of a Roundtable.

He began the exchange with a statement on the burning topic of the implementation of the Minsk agreements, in which he pointed out the hypocritical positions of the NATO and EU countries which, while claiming to support the Minsk agreement, are in fact actively undermining it.

This writer followed shortly thereafter by stating that although the principles and the framework of international law are well established, the NATO powers completely ignore them when it suits their interests.

They have politicized all the international bodies supposedly set up to prevent crimes against humanity and use these bodies – such as the various ad hoc war crimes tribunals, the International Criminal Court, and the UN Human Rights Commission – as organs of propaganda.

It was further stated that these bodies are capable themselves of committing crimes in order to accomplish their objectives and, in this regard, referred to the fact that, just a few days before his unexplained death in 2006, President Milošević had written to the Russian Embassy in The Hague stating that he was being poisoned.

I added that it was clear that NATO would deliver the same fate to President Putin if they could. As an aside, I was asked several times why Canada had such an aggressive policy towards Russia.

In reply I stated that one had only to look at Canada’s history of subservience to Washington to understand its current position and that Canada was being used, against the will of most of its people, as an American cat’s paw to try to damage Russia.

Many people in the world naively view Canada as a peace-loving and neutral country. In fact it has always been a willing participant in British and American aggression around the world.

[ Editors note:  And Mr. Black, like so many others, failed to mention that Canada isalso thoroughly penetrated with Jewish-Israeli lobby espionage assets who have effectively turned Canada into an vassal state, a major base for their world wide mayhem operations.]

The discussion continued with informative statements by delegates from the CIS countries on the situation in their respective countries with respect to human rights, and then proceeded to the situation within Germany where there is a conflict between the aggressive policies of the government on the one hand; and on the other, the desire of most people to have better relations with Russia and to find peaceful solutions to international disputes.

A member of the Finnish parliament then spoke about the recent refusal by the government of Finland to allow Russian parliamentarians to attend a meeting of the Parliamentary Assembly of the OSCE, and she and others spoke about the constant use of double standards by the NATO and EU countries vis-à-vis Russia and other countries.

An interesting paper was presented by Dr. Alexey Gromyko, co-authored by Dr. Valentin Fedorov of the Russian Academy of Sciences, proposing that economic sanctions be banned outright as a tool for controlling or eliminating political regimes.

Dr. Gromyko made a strong argument that sanctions rarely influence the behavior of the targeted governments and result only in causing immense suffering of the people of the country being targeted.

He said, “Sanctions are nothing but the people under attack.” He is correct since they are a form of collective punishment against the people of a country for the supposed transgressions of a few in their government.

Dr. Gromyko continued his principled argument by stating that Russia’s use of counter-sanctions was a contradictory policy, since Russia possesses less capacity to affect the western countries than they do Russia.

Since they are selective, with the supply of hydrocarbons being kept outside any sanctions regime, Russia is forced to restrict sanctions to secondary products, and that whereas the West can hurt Russia on an economy-wide scale, Russia’s sanctions can only have an effect on the corporate scale.

There then followed a series of interventions on particular situations in various countries, followed by further discussion as to whether international law could be said to exist, and if so what it was.

There was forceful argument from the head of the Russian diplomatic academy that international law, being distinct from domestic law, still existed through dozens of treaties, international conventions and customary behavior.

But the crux of the matter still boiled down to the fact that despite all this, without the good will of all countries to abide by international law, the result was chaos and catastrophe.

One Russian historian recalled the ancient west African tribal practice that obligated the leaders of tribes in dispute to sit down at a table and not to leave it until they had arrived at a peaceful solution, an anecdote that was picked up by others in the chamber.

Such customs can only exist and be applied when both sides are willing to search for a peaceful solution whereas the NATO powers and the United States in particular prefer the use of force against those who refuse to kowtow to their demands.

Mr. Gromyko responded that we should also keep in mind that the women of ancient Greece had another strategy to use when their men wanted war instead of peace, referring to the Aristophanes’ play Lysistrata, in which the women of Greece withheld sexual favours from the men until they stopped their interminable wars.

This was perhaps a suitable ending to an interesting and stimulating discussion about how to stop the incessant wars over the past century.

The Roundtable discussion concluded in the later afternoon with no concrete results, in the sense of ways being found to make the nations of the world adhere to international law and to respect the sovereignty of nations, or how to achieve and guarantee peace in the 21st century, in the face of the increasing militarism of the United States and its dependencies.

That it had to happen in Russia speaks volumes about the world reality and about the sincerity of the Russian government and people in their search for the right to live in peace.

In that regard, this event was an important step in reaffirming the principles of international law and the need for international solidarity against the forces of militarism and fascism that once again threaten us all.

We must hope that the exercise is repeated but next time with broader participation from more countries in the western hemisphere, Africa, the Middle East and Asia and, that it take place in the very near future; for the crisis is upon us and unless the people of the world talk to each other and exchange views with a sincere commitment to international law and to achieving peace and security the crisis will pass into world war.___

Christopher Black is an international criminal lawyer based in Toronto, and is a member of the Law Society of Upper Canada and known for a number of high-profile cases involving human rights and war crimes, especially for the online magazine “New Eastern Outlook”.