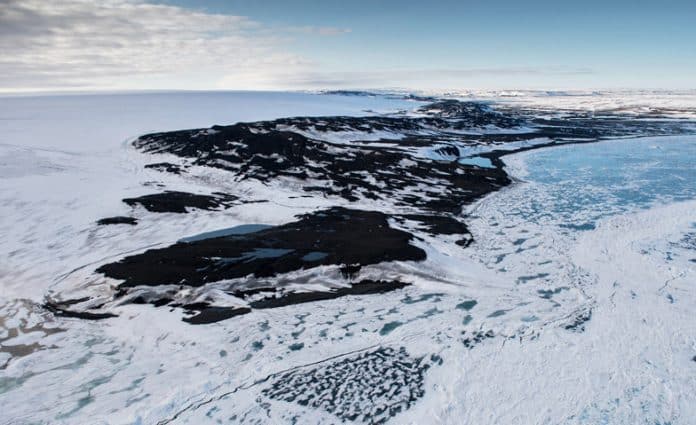 [ Editor’s Note: These plans by Russia come as no surprise. As the old saying goes, “possession is nine tenths of the law”.

The Arctic is in Russia’s backyard, and next in line come the Canadians in terms of size of territory. But the Russians will be winning the infrastructure game long before the UN courts weigh in on the contested challenges over continental shelf claims.

New missile technology and a modernized, well-trained and mobile military will keep Western incidents down to just that. With NATO pushing up to Russia’s border in violation of the breakup promises of the old Soviet Union, it can forget getting a chunk of the Arctic, other than Norway.

And Western economic sanctions will be much less effective as the years go by, with the future of big oil barter contracts that will not be going through the international banking system, much less traded on dollars. Reserve currency strength is trending toward how much in-ground resources are behind them. If the US continues its nasty sanctions wars, it might find its own banks are not allowed to operate outside the Russian system so it can retaliate quickly when the US plays the economic war card.

Up until now, resource exploration in the Arctic has been horribly expensive under the harsh conditions. Huge petroleum fields have to be found to make development feasible. And then there is the price wild card. What makes sense at $100 a barrel does not at $60. The Saudis, with their low cost extraction position and small population, can ride out a price drop better than anyone. We watched this happen over the past year.

Have you noticed how the US shale oil bonanza hype disappeared? Well, it didn’t completely, as US hypsters are still seeding media for our being energy independent “in a few years”. This seems strange, because that whole prediction was based on shale deposits. The con men are still selling the “exports to Europe to push the Rooskies out”.

They never give up, and neither shall we in our efforts to unmask and publicize their parasite schemes and manipulations. They never change their colors… nor shall we… Jim W. Dean ]

A Russian defense corporation is developing a complex control system for the Artic which will be launched by 2025. The system will include drones and space and underwater satellites, interconnected via transport and communications.”By 2020-2025, a system to monitor the Arctic will be created.

This includes a unified data space, monitoring everything going on in the air, water, underwater and on land,” a spokesperson for RTI Systems corporation, which is developing the system, told RIA Novosti. According to the corporation spokesman, the system has a dual purpose: civilian and military.

“The Ministry of Economic Development wants a civilian version, an integrated database on the situation in the Arctic by 2016.”

The cost of the system will be about 6 billion rubles (around $93 million), while the first stage of the development has been estimated at 300 million rubles ($4.6 million), RTI said, adding that dozens of Russian companies are involved in the process.

The system includes several elements, such as underwater system of lighting, space satellites and Russian “Kaira” drones, RTI Systems’ spokesman said. These elements will be united and coordinated by transport and communications.

“[Then we will have] a management segment, which we are now implementing. This is some kind of Industrial control system (ICS), integration platform, which gathers data from all sources. This is a software complex.”

RTI Systems is a leading Russian corporation in radar systems development, aerospace equipment and navigation technologies. The company says it is among the 100 largest defense corporations in the world.

Russia has recently started developing its northern regions. Moscow now sees the development of the Arctic region as a priority, both for its natural resources and as a potential route for transport vessels from Asia to Europe.

In January this year, Russia’s chief of General Staff, Valery Gerasimov, said that the Arctic will be among the regions which Moscow will be reinforcing in 2015, in addition to Kaliningrad and Crimea.

“In 2015, the Defense Ministry’s main efforts will focus on an increase of combat capabilities of the armed forces and increasing the military staff in accordance with military construction plans. Much attention will be given to the groupings in Crimea, Kaliningrad, and the Arctic,” Gerasimov said.