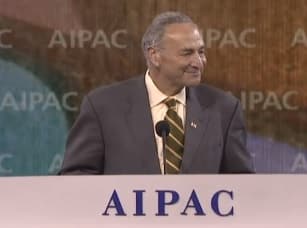 Deism always promotes the use of reason to determine the reality of things. Most Deists believe The Supreme Intelligence/God gave us reason to use so we can protect ourselves from bad ideas. This makes Deism much more than a religion or something that is only talked about. Deism is a living philosophy which we practice by using and applying our reason to absolutely every aspect of our lives and of society. This makes for much more meaningful and happy lives for individual Deists and for the people around us who we influence, as well as a much better society.

Applying our reason to the “revealed”/hearsay religions, we see they all require us to turn our backs on our beautiful and important gift from The Supreme Intelligence/God of innate reason in order to accept and believe the nonsense they promote and teach. The religious nonsense is bad enough when it hinders individual people. However, when it is mixed with politics and infects and influences society as a whole, it is devastating and potentially irreversably damaging and deadly in our nuclear age. The profound progress the American revolutionaries were able to make to separate religion from government is constantly under attack. Our reason warns us not to let this vitally important principle be violated.

United States Democratic Senator Chuck Schumer is violating the principle of separation of religion and government by being so delusional he actually believes and said that God appointed him to be the protector in the US Senate of the Jewish state of Israel. Schumer said on a Jewish radio program:

“You know, my name …. comes from the word shomer, guardian, watcher. My ancestors were guardians of the ghetto wall in Chortkov. And I believe Hashem [Orthodox for God] actually gave me that name. One of my roles, very important in the United States senate, is to be a shomer — to be a or the shomer Yisrael. And I will continue to be that with every bone in my body …”

This delusion caused him to vote for the US war against Iraq which was promoted by the Hebrew Bible/Old Testament based neocon movement. The Iraq War was fought by the US for Israel’s benefit. Now, Chuck Schumer is trying to kill the nuclear agreement reached with Iran by the US and five other nations because he believes this will help Israel even though it will move the US much closer to another war for the benefit of the Jewish state at the expense of the US and the rest of the world. Schumer can’t publicly say to the mainstream media that he’s fighting the agreement for Israel’s benefit. He had to come up with some hollow “reasons” to kill the nuclear agreement for the consumption by the general public. His “reasons” are refuted by 29 top US scientists.

Schumer’s dangerously foolish religious claim that God appointed him to be Israel’s protector in the US Senate would be rejected out of hand by another, very famous, scientist: Albert Einstein. Einstein rejected the Hebrew Bible/Old Testament as well as all “holy” books by the various “revealed”/hearsay religions and “held a Deistic concept of God.” I think Einstein would include Chuck Schumer in his classification of “dull-witted” which he used to describe Jews he watched who were praying at the Wailing Wall in Jerusalem in 1923. Einstein wrote, “Where dull-witted clansmen of our tribe were praying aloud, their faces turned to the wall, their bodies swaying to and fro. A pathetic sight of men with a past but without a future.” Unfortunately, these pathetic and unreasonable superstitious men and their decedents now have much more power and can cause the entire planet and everyone on it through nuclear warfare (Israel is the only nation in the Middle East with a growing nuclear stockpile) to be “without a future.” This is truly an important part of the epic war between Athens and Jerusalem.