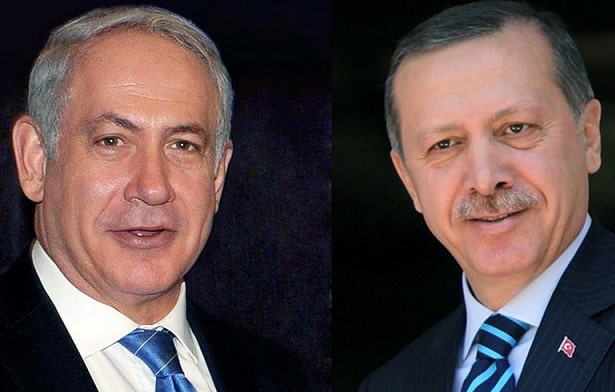 Concern over both Assad and the terror groups vying to replace him is drawing Istanbul and Jerusalem together, top official reveals.

Improving relations between Turkey and Israel could lead to security cooperation between them regarding Syria – from which both countries can benefit, the most senior Israeli official stationed in Turkey stated Sunday.

Israeli-Turkish relations are undergoing a normalization process, which has been sparked – at least in part – by changes in the Foreign Ministry, Israeli Charge D’Affairs Amira Oron revealed.

“We are currently in an ongoing process and it is a positive step towards the future,” she stated in an interview with the Daily Sabah. “On our side, there was a change: A new director general for the Foreign Ministry, Dore Gold, was appointed by Prime Minister Benjamin [sic] Netanyahu.”

“One of his first decisions was to meet with his Turkish counterpart, Feridun Sinirlioğlu,” she added. “This indicated the emphasis on Israeli-Turkish relations, which has to be maintained.”

“As far as I know, it was a very positive meeting and the current state of relations is much clearer when compared to the previous year during the operations in Gaza.”

The key to full normalization, she said, would be the two countries being able to move on from the 2010 Mavi Marmara incident in “a proper way.” She added, however, that there are hurdles; Turkey has set conditions for normalization which include easing restrictions on Gaza, which constitutes a security problem for Israel.

Overall, though, she predicts a full return to normalization – especially through business and other non-political sectors.

“I think mutual confidence is required,” Oron said. “To build confidence you need time and action.”

“Both sides have to take steps to improve confidence. Turkey and Israel lost a lot of confidence, and at one point it seemed as if there was animosity between the two countries,” she acknowledged. “Thankfully, we are not at that point.”

Oron also related to the Syria crisis – and noted that Israel, which has mostly remained neutral over the ongoing civil war, does not side with Syrian President Bashar Assad.

“In our opinion, Assad lost his legitimacy long ago,” she said. “He is a criminal and he ruined Syria; therefore, we think that he is not a part of the solution.”

“The problem is what will happen once he goes,” she continued. “We are currently seeing Syria being torn apart between various terrorist and extremist organizations, so we cannot foresee a positive future.”

“We advocate an inclusive solution,” she stated. “While Turkey and Jordan are the most affected countries due to the refugee issue, Israel also faces issues due to the current situation in Syria.”

“Israel has taken some measures to protect its border with Syria and we are closely observing what is happening in Syria,” she added. “The war in Syria has many implications for Israel; thus, we would like to see this issue resolved.”

To that end, she said, while Israel and Turkey are not actively working together at the moment, “Israel supports Turkey’s right to defend itself.”

“If Israel and Turkey had better relations, both sides would have enjoyed this kind of cooperation,” she added.