Home World Turkey Bombs US Training Base in Iraq 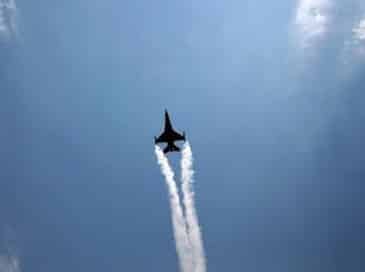 Video: Bombing of US Supported Syrian Kurds by Turkey

US military: Turkish airstrikes too close to US training sites

WASHINGTON DC—The United States has sent a diplomatic note to Turkey, protesting that some Turkish airstrikes against the Kurdistan Worker’s Party (PKK) bases in the Kurdistan Region were too close to where US personnel are training Kurdish forces against the Islamic State.

“We had U.S. Special Forces not far from where the Turks were bombing, training Kurdish Peshmerga fighters,” Fox News quoted a US military source as saying on Monday.

According to officials at the Combined Air and Space Operations Center, Ankara had given the coalition forces only a 10-minute notice before starting its bombing of the PKK across the border.

“We had no idea who the Turkish fighters were, their call signs, what frequencies they were using, their altitude or what they were squawking [to identify the jets on radar],” the US military source told Fox News.

Since the start of the airstrikes attacks against Turkey’s security forces have increased where on Monday four police officers and a soldier were killed by suspected Kurdish militants.

“We continue to advocate for a political process here between the PKK and Turkey,” said US State Department Spokesperson John Kirby. “And we’ve made it clear that our expectation is that Turkey is going to take the necessary steps to prevent any civilian casualties and to act in accordance with international humanitarian law.”