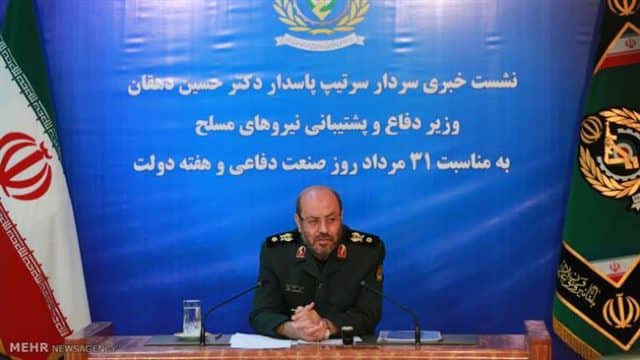 [ Editor’s Note:  This Iran S-300 deal is turning into the cat with nine lives. It never dies, but with the twist that it never comes to life. But for some reason someone wants to keep dropping these “coming soon” stories which are a bit problematic.

First, the good general’s announcement that a delegation was just going to Moscow to sign the agreements was a surprise. Putin gave the go ahead on April 13th… and they still have documents to sign?

These could be for the updating that has been reported, an absolutely critical part of the deal, as outdated weapons systems give opposing Intel agencies lots of time to figure out a way to defeat them.

If I remember correctly, NATO got some S-300s to test doing exactly this from the Greeks, but I suspect those were outdated ones. Having some “almost” state of the art S-300s will boost Iran’s air defense capability and give it more time to perfect and test their domestic air defenses.

This is critical, as the missile themselves are just one part of the system. Without effective radars, which have to include determining spoofing decoys, you can be suckered into shooting off your first line of defense at targets that only exist on your computer screen.

Iran certainly is aware of these challenges and has published that it has invested heavily in its radar network, and just as important, getting it fully integrated. But all is lost if you can’t protect it from being knocked out by jamming or EMP weapons, always a home run aspiration of an attacking opponent.

From the Russian side, nothing can boost missile export sales more than having your brand taking down a contemporary attacking plane during an aggressive, preemptive attack. And if the news is bad, you are at least aware that you have to scramble to fix the problem before it is your turn to find out the hard way… Jim W. Dean ]

“All changes [that have been made] by the Russians over these years will be implemented on the S-300 system that is going to be delivered to Iran and we will receive the system soon,” Dehqan said in a briefing with reporters in Tehran on Tuesday.

The Iranian defense minister would not specify the exact time of the delivery, but said that a delegation of Iranian officials are set to travel to the Russian capital, Moscow, next week to sign a contract on the issue.

Vladimir Kozhin, Russian President Vladimir Putin’s aide on military and technical cooperation, said on July 30 that the Russian-built S-300 air defense system is to be modernized before being delivered to Iran, given the fact the original contract was struck a long time ago.

On April 13, Putin signed a presidential decree paving the way for the long-overdue delivery of the missile defense system to Iran.

The decision to deliver the missile system came after Iran and the P5+1 group of countries – the United States, France, Britain, China and Russia plus Germany – reached a mutual understanding on Tehran’s nuclear program in the Swiss city of Lausanne on April 2.

Moscow had banned the delivery of the S-300 system to Tehran in 2010 under the pretext that the agreement it signed with Iran in 2007 was covered by the fourth round of the UN Security Council sanctions against the country over its nuclear program. The resolution bars hi-tech weapons sales to the Islamic Republic.

Elsewhere in his remarks, Dehqan said Tehran is in talks with Moscow to buy new Russian fighter jets and ruled out reports on Iran’s potential purchase of military aircraft from France.

“In the field of fighter jets, we declared our requirements to the Russians and we have made no request in this field to France,” Dehqan said, adding that it is very “unlikely” for Iran to engage in military cooperation with France in the current situation.

Touching on Iran’s possible missile tests, the defense minister said that the Iranian military has already focused on boosting the accuracy of domestically-manufactured missiles.

“We have never taken any measures aimed at using a nuclear weapon and no missile has been designed or produced in this regard,” he said, adding, “We have never examined nor implemented the technical details of nuclear warheads for our missiles.”