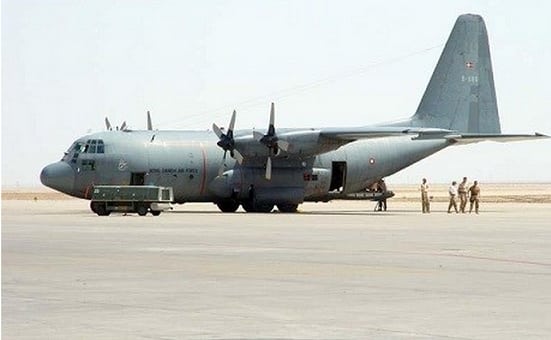 Editor’s note:  The Syrian Human Rights Observatory had no comment on this story.  Consider why.

COPENHAGEN, Denmark – Lawmakers and politicians from Denmark, Sweden and Britain are calling for more military help to the Kurdistan region’s Peshmerga forces since a chemical gas attack this month by the Islamic State group (ISIS).

Nikolaj Villumsen, a Danish MP with the opposition Unity List and member of the European Council, summoned the Danish foreign minister for a meeting after an August 11 mustard gas attack on the Peshmerga on the Makhmour-Gwer front southwest of Erbil.

“Denmark will be able to make a decisive difference if we help those Kurdish forces who have proved to be the only forces able to defeat ISIS,” said Villumsen, who was part of a delegation that went to the Kurdistan region earlier this year.

“What I saw was that the Kurdish forces were not properly equipped to withstand chemical attacks,” he said.

He suggested that Denmark send gas masks and other protective gear, such as helmets and bulletproof equipment, to the Peshmerga.

After the attack, in which several Kurdish soldiers were wounded, the Ministry of Peshmerga instructed forces in Makhmour to use gas masks as a preventive measure.

Tests have proven that ISIS used mustard gas against Kurdish forces on the Gwer-Makhmour front.

But recently the country’s military declared that it was cracking under the strain of defense cuts and sustained operations. There is a shortage of support personnel and mechanics to maintain the planes.

Danish support to Iraq and the Kurdistan Regional Government (KRG) should be boosted, according to Soren Espersen, a Danish MP and chairman of the Danish parliament’s foreign affairs committee.

“Chemical attacks are not acceptable under any circumstances,” Espersen told Rudaw. “The Kurds in Iraq have shown great ability and will to fight ISIS. We have always praised their strengths, so if we have personnel enough, we will continue to support them.”

Anna-Lena Sorenson, a Swedish MP from the Social Democratic party, thought that the European Union and United Nations should meet to discuss the issue.

She said she is against exporting weapons to any country in conflict, but suggested another solution.

“Peacekeeping troops under UN should help the Kurds fighting this evilness, ISIS in Iraq,” she said. “In general, we have to do more to fight ISIS.”

Charles Tannock, a European Parliament MP from Britain’s Conservative Party told Rudaw that, “All available means by the international community must be employed to defeat this evil force, ISIS, unleashed in the Middle East.”

Referring to the chemical weapons assault, he said: “This attack needs urgent debate at UN level.”

He was backed by Jean Lambert, a British member of the European Parliament, who compared the situation to the former Iraqi dictator Saddam Hussein’s mass killings and use of poison gas against civilian Kurds in Halabja in 1988.

“The reports of use of chemical weapons against Kurds echo the ruthlessness of Saddam Hussein’s regime,“ said Lambert.

She added that one of the few ways to resist ISIS is to build solidarity with the resistance to them, and “that solidarity should include democratic forces in the region.”

“It is also why the Kurdish resistance deserves and indeed needs solidarity and support from the international community in defense of their people,” Lambert said.

Struan Stevenson, a former MEP in the European Parliament until last year and now President of the European Iraqi Freedom Association (EIFA), also advocates greater military help for the Peshmerga.

“The Iraqi army is in disarray, ill-trained and ruined by years of corruption,” Stevenson said. “Only the Peshmerga can be counted on to drive ISIS from Iraq and that is why ISIS are terrified of them and have resorted to firing Katyusha rockets filled with chemical agents to try to slow the advance of brave Peshmerga fighters,“ Stevenson told Rudaw.

Dellawar Ajgeiy, the KRG’s representative in Brussels, expressed delight at growing support for the KRG from European politicians. However, he said it is not enough.

“The chemical attacks are evidence that we can expect everything from ISIS, that anything is possible,” he told Rudaw. “We are fighting ISIS on behalf of the free world, so we do not think they only should show sympathy. They should do more than that.”