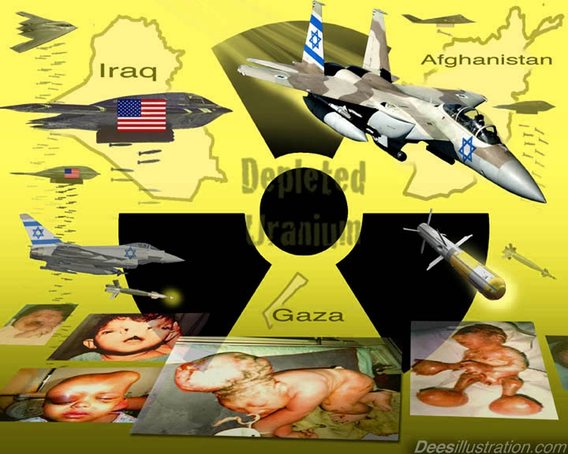 The Middle East is a mess.

Iraq is nearly ungovernable, littered with depleted uranium. Four million people are homeless refugees, including two million outside Iraq’s borders. ISIS, known by some as “Israeli Secret Intelligence Service,” continues to rampage, while Iraqi Kurdistan has become an oil colony of Israel.

The US-backed war on Syria has left almost ten million Syrians refugees, including 6.5 million inside the country and more than three million who have fled.

Libya, once the most prosperous and developed country in Africa, is now a Mad Max style battleground ruled by warlords.

Sudan, like Iraq, has been smashed into two pieces. And as in Iraq, the smaller, resource-rich piece is unofficially Israeli-occupied territory.

Egypt has seen the first attempt at democracy in its 5,000 year history crushed by the brutal Israeli agent Gen. al-Sisi, who has slaughtered and tortured to death thousands of peaceful activists.

Fifteen to twenty million Middle Eastern refugees are looking for a home. Where should they go?

To solve this problem, we need the truth about who created it.

In yesterday’s Debate show on Press TV (posted above) Robert Evans, a former member of the EU parliament, argued that the devastation of the Middle East is an unintended consequence of well-intentioned policies.

Offended by such evident bad faith, I reminded Evans that the destabilization and Balkanization of the Middle East was the decades-old objective of Israel’s Oded Yinon plan. Reasserted by Netanyahu’s Clean Break document in 1996, re-framed as an “American” plan in PNAC’s “Rebuilding America’s Defenses” in September 2000, and put into action after the 9/11/2001 Zionist coup d’état, the destruction of the Middle East is a long-desired goal, not an unintended consequence.

This is a deliberate genocide, a bona fide holocaust.

People like Robert Evans are the real “holocaust deniers.”

This is something that all reasonable people, and maybe even a few unreasonable ones, can agree on. Even Jim Fetzer – who is unable to attend the Conference on Covert Harassment and Mind Control in Berlin this coming October 1st and 2nd due to the possibility he would be arrested for his views on the Nazi holocaust – cannot deny that the massacre of Muslims post 9/11 constitutes a very real case of genocide.