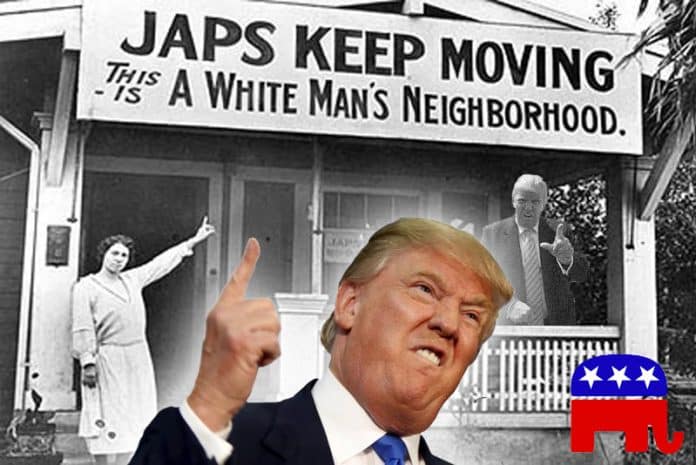 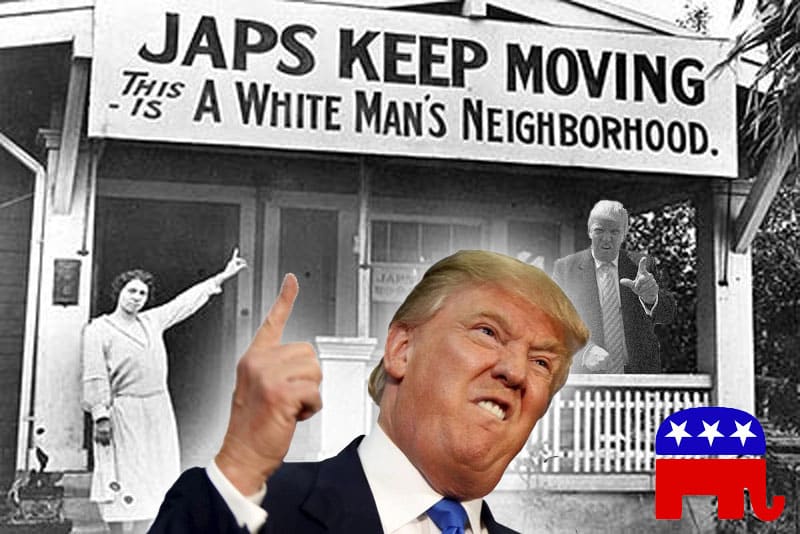 With the new leader of the Republican Party clearly an outright racist who race baits to rile up a low information bigoted constituency to highjack the Republican Nomination for US President, can it use its new platform to win in 2016 and thrive in a future 21st century America?

The short answer is NO WAY!

The GOP could NOT win in the age of Obama. So they retooled and came back with party leaders hoping to attract the new America that is diverse and more Hispanic than ever before.

But something bizarre happened along the way. And his name is Celebrity Circus Act Birther Racist Misogynist Donald Trump.

He took their game plan away from them and immediately replaced with a losing strategy that alienates the Real Silent Majority (RSM) that is watching this horror show as it devolves deeper and deeper into the abyss that is amazing political failure.

In fact the RSM has been quietly watching the GOP devolve into an overt in your face narrow minded racist platform that is promoted, encouraged, and proudly presented in the full light of day.

The real silent majority, which amounts to millions upon millions of people who are actively looking forward to a future better America that no longer sees color, creed or gender but views every American and human being as important, is going to be the blow that this new publicly and overt racist party will NOT survive. They will speak loud when their turn comes and it will be very ugly for the deserved GOP that failed to represent the USA.

Now we already know that, in sports, when a team consistently losses it eventually breaks up; new leaders take over, players move on and new players come in. And this is exactly what is going to happen when the GOP losses in a landslide in 2016.

And that loss will completely change the GOP. And that is a great news for everyone.

In fact, right here, right now, I will make a predication that the GOP will win the white house in 2020 with a brand new platform that embraces the new America instead of tries to play to its worst 20th century version of it. There will be completely new candidates, new ideas, new platforms that will build bridges and not walls to the future.

But for now, this racist version? No way!

They have already lost the game because their game plan is beyond faulty. It’s beyond foolish. It’s as its own leader says and I paraphrase “It’s run by stupid people”!

What is your opinion?