Home Military Press TV: Only 4 or 5 US trained militants in Syria 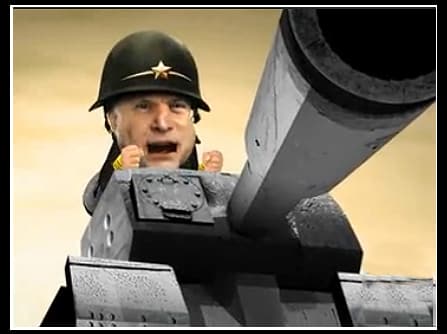 The chief of the US military campaign in Iraq and Syria has acknowledged that the $500 million Pentagon program to “train and equip” militants in Syria has so far yielded only “four or five” fighters.

The remarks by Army Gen. Lloyd J. Austin III, head of US Central Command, before a Senate panel on Wednesday set off a wave of criticism from congressional lawmakers, who are wary of the Obama administration’s strategy towards the Daesh (ISIL) terrorist group.

“The New Syrian Force program has gotten off to a slow start,” Gen. Austin told the Senate Armed Services Committee.

With the program now in disarray, Pentagon officials are scrambling to revamp the strategy, The New York Times reported last week.

Military leaders are drawing up plans to put larger numbers of newly-trained militants in safer zones as well as providing them with more intelligence on the Daesh terrorists.

The training program is run by US Special Forces in Turkey and Jordan, and is separate from a similar covert program by the CIA.

The Pentagon initially said that it intended to train and arm about 5,400 militants a year as a proxy ground force against Daesh in Syria.

“We’re counting on our fingers and toes at this point, when we’d envisioned 5,400 [fighters] by the end of the year,” Senator Claire McCaskill, Democrat of Missouri, said at the hearing.

Administration officials have said that more than 100 militants are currently being trained, a figure still far from the original goal.

Critics say US-allied militants could turn their training and weapons against the Syrian government rather than Daesh because they see the terrorists as fighting a parallel war.

Gen. Austin told the senators that the training program was always meant to be a “complement” to the airstrike campaign the US is leading in Syria. “We continue to make progress across the battle-space in Iraq and Syria,” he claimed.

Committee Chairman Senator John McCain, Republican of Arizona, dismissed the testimony, saying he had never heard statements so “divorced from reality” in his 30 years on the panel.

McCain asked Gen. Austin if he would support a no-fly zone to ground the Syrian air force. “I would not recommend that at this point,” the general responded.

The senator also raised the idea of a buffer zone, but Austin said he “would not recommend a buffer zone at this point.”

The response prompted a sarcastic jab from McCain. “Basically, general, what you’re telling us is everything’s fine.”