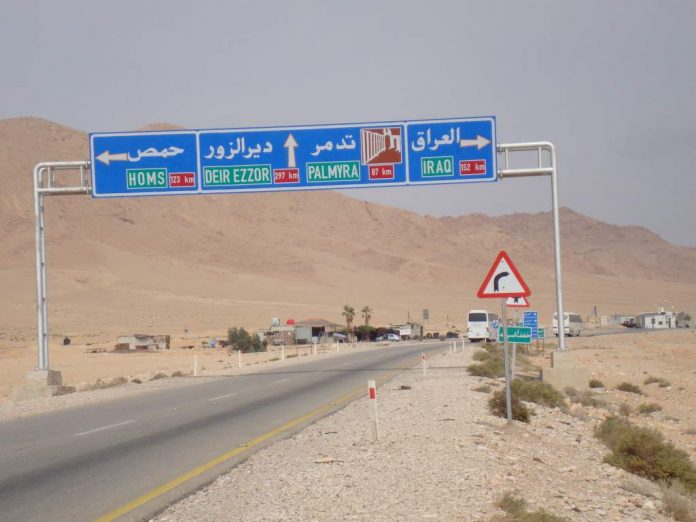 Was Syria nuked by Israel in May 2013? Answers to questions like this and others were given in a very private mission to Damascus. The nuclear question alone, which was answered at Syria’s highest levels, should turn the world upside down. 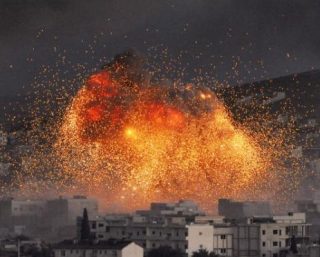 A week ago, an amazing mission to Syria ended. Officially, it was a Veterans Today private media conference with Syrian ministries and security officials including a lengthy visit with the Grand Mufti and Ali Mamlouk.  In truth, the visit was much more.

In actuality, when our armed convoy left the Lebanese border for the run up to Damascus, just south of where the big battle for Zabadani was wrapping up, there were more faces there than imagined, representing both the Washington intelligence and legal communities. This is the highest level “non-official” delegation ever to travel to Syria.

Many of the issues discussed were private confidences, with VT sharing its extensive open source intelligence and Syria showing some of its best kept secrets.

An issue that needs to be dealt with first involves President Putin and the stories of Russian and Chinese planes bombing Palmyra, Idlib and threatened areas of Aleppo. These stories were planted in the mainstream media and in some European “fringe” websites by Israeli handlers in a last ditch attempt to block the nuclear settlement and to intimidate enough United States senators to flip President Obama’s ability to protect this vital treaty.

All tied to these bizarre tales, quickly buried as an embarrassment, are “burned,”  the “Euro-lefties” and pseudo anti-imperialistas.

Israel failed — but failed even more in leaving the story to build a life of its own. The highest level intelligence and security officials in Syria nearly laughed themselves to death when we discussed this at midnight conferences in secure locations near Damascus. 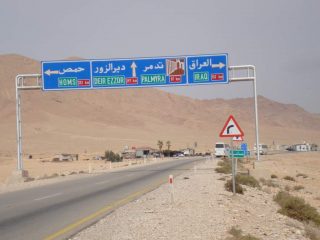 The fabricated stories were pumped out to the media, Huffington Post, Reuters, Associated Press, Al Jazeera among the many “psyop fronts” used in the information war that increasingly ties Western intelligence agencies to ISIS, al Nusra and, historically, all al Qaeda operations since the early 1990s.

While it is long established that Russia and Iran are both supplying advisors and advanced armaments to Syria, the stories meant to alarm the press and sway American politics, total hoaxes, not only took on a life on their own but, rather humorously, became a major source of leverage for Russia in negotiations on not only Syrian security but other regions as well.

Although there has never been any credible intelligence of a Russian military buildup in Syria, without sending in a single battalion, President Putin first alarmed the West and later was able to crack NATO’s hard shell by failing to totally distance himself from the wild rumors.

Instead, he was able to capitalize this farce into a panic meeting with President Obama scheduled for September 28, 2015. There, President Obama had to arrive saddled with an agenda that includes literally thousands of Kiev cease fire violations, thus tainting America with “dirty hands” in Ukraine. The carryover into the Syria talks must have made Obama “meat” for Putin’s table.

Note: This meeting went for 90 minutes, and Putin’s UN speech far surpassed Obama’s in veracity and statesmanship, with Obama’s speechwriters doing him an incredible disservice.

Obama will be further saddled with Merkel’s announcement that she favors open talks with Assad, a tacit admission that the Damascus government’s survival is all that can save Europe from an influx of refugees that may well put an end to Euro zone solidarity.

Adding additional pain to Obama’s already bleak position is the recent debacle where a second group of American trained “moderate rebels” have not only joined al Qaeda but did so publicly while turning over their new and shiny advanced American weaponry for the world to see.

When in March 2015, General Allen, Obama’s chosen “crisis manager” for the war on ISIS announced what all knew to be a mindless policy doomed to failure, many took this as a tacit admission that America was and is, unofficially at least, the parent of al Qaeda and its protector.

Thus Obama will meet Putin with General Allen having resigned in disgrace, and then a disgraced General Petraeus clearly backing al Qaeda, with Merkel aligned with Putin and the albatross that is the Kiev junta hanging around his neck. You just can’t make this stuff up.

Obama arrives with Netanyahu’s “scalp” hanging from his belt, a political victory on a grand scale, arriving with this and, quite frankly, nothing to lose. This is how I see it, written before the meeting.

There is one issue that came from the Syrian trip that has to be addressed. Back in May 2013, Syrian news sources reported the sinking of an Israeli-German Dolphin submarine off the coast near Tartus. Intelligence sources had confirmed that two Dolphin submarines were there to pick up Israeli commandos who had been planting radio repeaters disguised as rocks which were to transmit signals “proving” Syria was using Sarin gas against its own people.

Syrian sources also confirmed the presence of a German communications intelligence ship nearby which would have had full knowledge of the Israeli Sarin gas hoax meant to escalate issues into a “red line” confrontation between the US and Russia, a confrontation that may have led to nuclear war.

Two days later, there was a massive explosion outside Damascus, during an Israeli artillery barrage on a Syrian military headquarters. The video, when examined by nuclear weapons experts, showed a nuclear flash, a mushroom cloud and ball lightning. VT was first to identify this as a nuclear attack by Israel on Syria. It was assumed this was a revenge attack by Israel for the lost Dolphin, which by the way are never admitted publicly, ever.

Yet, nothing was reported and Syria remained silent. America never attacked Syria. The CIA found evidence of the Israeli ploy and discovered Ukraine, Georgia, Turkey and perhaps even Germany as complicit as well.

We at Veterans Today learned that Russian nuclear inspectors visited the site and confirmed this to be a nuclear attack but still nothing was said. We have this from the highest Syrian sources, only confirming what we had published back in May of 2013.

There was a reason the VT mission took this story back to Syria for confirmation. It is more than simply another “secret” use of a tactical nuclear weapon and the continuation of the false narrative of Hiroshima sized dirty nukes, something anyone with access to Wikipedia could have long put to rest.

We have the following issues to take into account:

At some point, some inexorable truth has to alter the mythical narrative and end the fantasy world the public is fed and that world politicians adhere to out of cowardice and ignorance.

When, in 2013, the world media turned its back on the manufactured stories of Syrian government barrel bombings and gas attacks and America backed down, humiliated that even a president and secretary of state could be propagandized by their own briefers, nothing was said.

What was exposed was not only a mechanism for manufacturing war, the same one used by Bush (41) in 1990 and his misguided son in 2003, but one that has outlived the disgraced Bush presidents and has tried to take down another victim in President Obama.

The failure to address the real threat, the ability for lies themselves to take on a life beyond measure, leaves governments in the hands of a press dominated by imaginary sources, nameless “blogger” reporters and their handlers, rogue intelligence agencies, corporate masters and even an unseen “third force.”