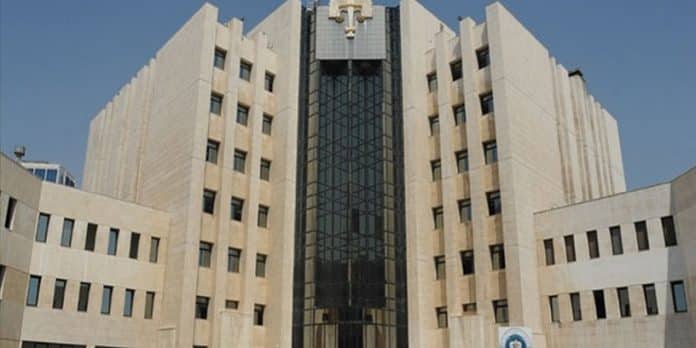 Damascus, SANA – Justice Minister Najm Hamad al-Ahmad discussed with a high-level American media and security delegation developments in Syria and the region, as well as the achievements made by the Syrian Arab Army in fighting terrorist organizations.

The two sides agreed to work systematically to lift the economic sanctions imposed on Syria by the United States as a first step towards restoring diplomatic relations between the two countries and rebuilding trust between them on the official and public levels.

The meeting also touched on the negative role played by Western and Arab mass media by broadcasting misleading reports about the events in Syria, with the American delegation voicing belief that the political solution for the crisis in Syria is imminent, and that Syria will emerge victorious over terrorism and begin the process of reconstruction and returning the displaced to their homeland.

The American delegation led by retired US Senate security advisor Larry Ellis and his associate, Gordon Duff along with specialists in international law and Veterans Today editorial staff was briefed on a variety of key issues including violations of Syrian sovereignty and shown broad evidence of the complicity of a number of governments and multi-national corporations in the theft of Syrian oil, antiquities and other items of value including, in one case, an entire automobile assembly plant.