Home WarZone Russia’s Secret War on the CIA in Syria 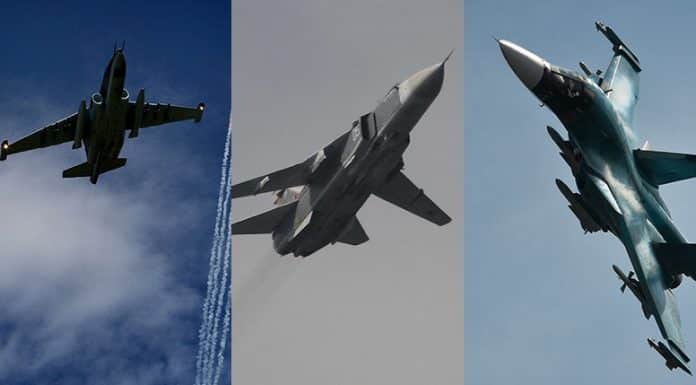 This morning, Fox News reported a Pentagon move to formulate a strategy to block Russia’s bombing campaign around Idlib, near the Syrian/Turkish border.  Key American assets are being slaughtered, not “moderate rebels,” but clearly, as the Pentagon states, key US backed jihadists fighting President Assad.

Senior U.S. military leaders and defense officials are debating whether military force should be used to protect Washington-backed Syrian rebels who have come under attack by Russian airstrikes in recent days.

The Associated Press reported early Friday that the question was part of a broader debate within the Pentagon about the the broader dilemma of how the administration should respond to what White House press secretary Josh Earnest described as Russia’s “indiscriminate military operations against the Syrian opposition.”

The problem is, the American “assets” are al Qaeda, the group Jabat al Nusra, which totally controls this region of Syria and spreads well into Turkey since it defeated the actual  so called “moderate rebels” and a dozen or so splinter groups early in 2015.

America’s bombing campaign in Syria has carefully avoided taking on al Nusra.  Even the press seldom mentions them though they are responsible for more civilian deaths, estimated at nearly 150,000, than any other group.  There is a reason for this.  Here, al Nusra is bombarding Syrian towns under siege using Sarin gas shells:

AQIS, al Qaeda in Syria, is primarily made of CIA recruited foreign fighters, flown into Turkey, trained by Saudi Arabia and Qatar and under continual logistical support from Erdogan’s Islamist regime in Ankara.

Today’s Russian attack on a command post killed very few al Qaeda leaders.  What it did do is kill Turkish, Saudi and Qatari officers, over a dozen, maybe more, according to Syrian reconnaissance units in the area.

The command post was hit by SU34 aircraft dropping conventional bunker buster munitions.  The post, built by Turkish engineers back in 2013, under up to 40 feet of bedrock, 3 stories deep and capable of supporting up to 300 foreign fighters and their Turkish commanders.

The bunker complex hit to day is not unlike the al Qaeda complexes the US invaded Afghanistan to find, complexes America, 15 years later, has yet to locate.

Russia really is lying, it isn’t honest, bombing al Nusra and calling them “ISIS.”  Al Nusra is ten times worse than ISIS.  With heavy artillery and mortars, an endless supply of ammunition from Turkey,  truckloads of modern American arms, Stinger and TOW missiles, safe haven bases across Turkey and endless financing from Saudi Arabia and Qatar, al Nusra has engaged in systematic slaughter of the Syrian people.

Russia’s interest in al Nusra is based on their partnership, with the extremist groups in Ukraine.  Al Nusra jihadists, up to 3000, are currently serving in Ukraine and are responsible for most of the violations of the Minsk peace accords.  The Kiev regime has openly sided with al Qaeda and, in doing so, is benefiting from the CIA’s open coffers, containers of cash used to prop up the Kiev regime while buying the governments of Romania, Bulgaria, Georgia and Azerbaijan, all of whom have provided major home bases for al Qaeda terror groups aimed at Western Europe.

This is “Gladio Two.”

All of the refugees moving toward Europe are from areas of Syria under combined Turkish – Al Nusra/al Qaeda control.  Gladio Two is, we are told, tasked with exploding the Euro Zone and setting up rightist “neo-nationalist” governments across Europe.

Then again, it doesn’t take a genius to figure this out, does it?