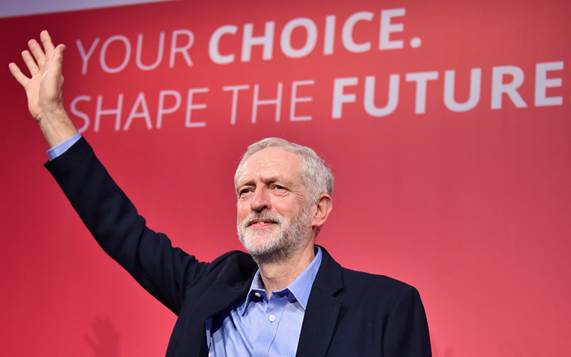 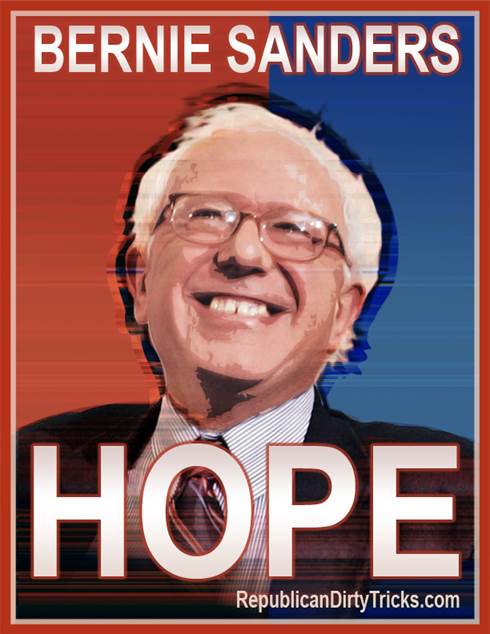 There is a reason that Bernie Sanders has surged ahead in the Presidential Primary Polls and that Britain’s Jeremy Corbyn has done the same thing in the UK ~ it’s people power and it won’t be stopped. The honesty of Bernie Sanders is a lifeboat in a sea of political deception and lost hope and soon he will be joined by the UK’s Jeremy Corbyn as a worldwide counter balance to corporate power and the elite 1 percent as well as a genuine reflection of a new world order based on people power: Allen L Roland, PhD

As I wrote in VT in May of 2015 ~ Admit it, most of us know the political system is rigged, that most Americans have been marginalized and silenced by a growing plutocracy and that corporations are now firmly in control, that a truly honest politician is an oxymoron, that is until now ~ Bernie Sanders is a lifeboat in a sea of political deception and lost hope. Bernie is an honest Independent politician who cares enough now in 2015 to become a Democrat, run against Hillary and the other political pretenders of both parties for the presidency and who knows ~ A Sanders/Warren ticket just may ride a building progressive wave of Hope that is still waiting to crest and has now spread to the UK with the election of Labor leader Jeremy Corbyn. See May VT Post

As I mentioned in my VT post, Bernie has my support and you may call me a dreamer but as John Lennon once sang ~ I’m not the only one ~ and my dream team ticket is still a Sanders/Warren ticket for President riding a populist wave to victory in 2016.

In some ways, it’s David versus Goliath but never underestimate the power of honesty and the truth ~ it can change the world but Hillary and her rapidly crumbling corporate machine is no longer an entitled Goliath but instead a politically weakened dinosaur.

Without a single TV ad ~ or a single congressional endorsement ~ Sanders has exposed the weakness of the party’s Clintonian establishment while at the same time spotlighting its hunger for an ideological saviour. Polls now indicate that if the nominating contests

were held tomorrow, Sanders would edge out Clinton in Iowa and beat her in New Hampshire by atleast 10 points. Nationally, he has cut Clinton’s leafrom an impregnable 46 points to a rapidly disappearing 21 points in just two months.

A few days after announcing his candidacy, Bernie told a reporter “I think people should be a little bit careful underestimating me,” and I most certainly am not making that mistake with Bernie Sanders ~ but I would now add that these days no one is underestimating Bernie and many are finally taking notice and are obviously getting involved.

HERE ARE THE OTHER REPUBLICAN CHOICES

My favorite quote about the recent Republican debates is from Ralph Nader ~ “If the Republican Party’s early primary campaigns for the presidential nomination had an elephant and a clown car, Ringling Brothers would be in trouble.”

It is war profits that drive Republican war hawks as evidenced in their last debate: Here are Col. Lawrence Wilkerson’s candid remarks (Real News) on the last GOP debate as Wilkerson and Paul Jay discuss the war mongering talk of star of the moment, Carly Fiorina, and most of the other GOP candidates ~ who all clearly demonstrate that our Democracy is dying and that none of these clowns are electable. Must see if only to hear the tough truth from Wilkerson about our sad political state ~ 17 minute video ~

Without a doubt, the most disingenuous statement mentioned in that circus of Republican Presidential imbeciles is Jeb Bush’s statement that his brother George W “kept us safe on 9/11″ ~ which is as far from the truth as the official 9/11 report.

As Kay Steiger writes in RSN (No Jeb, Your Brother did not Keep us Safe) ~ “ Much of the analysis following the World Trade Center attacks revealed that the Bush administration ignored warnings that such a plot could be in the works. Declassified documents indicate that Osama bin Laden had been planning the attacks for years. But rather than preparing for potential terrorist attacks, reports indicated that the Bush administration was more focused on missile defense…. most evidence indicates that the war in Iraq was dangerously misguided. The Iraq war wasn’t linked to the attacks on U.S. soil, and a 2006 intelligence report indicated that the U.S. presence in Iraq actually worsened the threat of terrorism. Ultimately, nearly 5,000 American troops and other allied troops gave their lives during the war in Iraq.” See article ~

John Dean calls 9/11 worse than Watergate and correctly identified Cheney as the chief villain ~ “9/11 was a perfect storm, a moment they had anticipated when looking earlier for a catalyst necessary to accomplish their broader (PNAC) Neocon goals “…..”Cheney’s persuasiveness behind closed doors, one on one, is legendary. With a rookie in national security matters, like Bush, Cheney can be both a Svengali and a Rasputin……With Bush and Cheney, not only is Cheney the senior partner, he is prime minister”.

Chris Hedges correctly gauges the political significance of Jeremy Corbyn in ICH: “The politics of Jeremy Corbyn, elected by a landslide Saturday to lead Britain’s Labour Party after its defeat at the polls last May, are part of the global revolt against corporate tyranny. He had spent his long career as a pariah within his country’s political establishment. But because he held fast to the socialist ideals that defined the old Labour Party, he has risen untarnished out of the ash heap of neoliberalism. His integrity, as well as his fearlessness, offers a lesson to America’s self-identified left, which is long on rhetoric and preoccupied with accommodating the power elites ~ especially those in the Democratic Party ~ and very short on courage.” See article ~

Sounds a lot like Bernie Sanders and watch as Corbyn slowly replaces the infamous and thoroughly discredited Tony Blair as the potential Prime Minister and voice of the British people in 2020.

“I think to bring about a peace process you have to talk to people [with whom] you profoundly disagree. There is not going to any peace process unless there are talks involving Israel, Hezbollah and Hamas.”  Jeremy Corbyn

As Chris Hedges correctly asserts ~ “Corbyn’s ascent to the head of the Labour Party has already triggered a backlash against him by the forces of the neoliberal political order. These forces are determined to prevent him from becoming prime minister. The entrenched elites within his own party ~ a number of whom have already resigned from party leadership positions in protest of Corbyn’s election ~ will seek to do to him what the Democratic establishment did in 1972 to George McGovern after he won the party’s nomination. The rhetoric of fear has already begun. Prime Minister David Cameron on Sunday tweeted: “The Labour Party is now a threat to our national security, our economic security and your family’s security.” This battle will be ugly”

This battle will indeed be ugly in the United States and eventually Britain but battle tested Bernie and Jeremy are ready ~ for the worldwide populist dye is cast and Bernie Sanders and Jeremy Corbyn will eventually lead the way to a New World order based on people power versus corporate power and perhaps Justice will eventually be served.