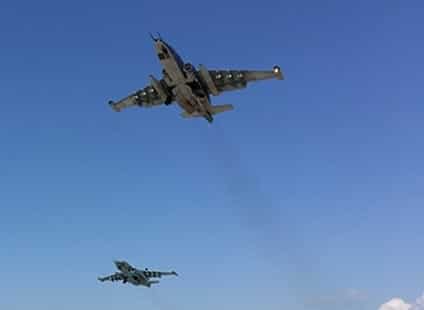 For the first time, Russia admitted that it has deployed advanced SU 30 “non export model” fighters to Syria for air superiority roles against Turkish, Israeli and now, according to a Times story, British fighters as well.

The SU 30 can down a Tornado, F16 and even F15 and is the most maneuverable fighter in the world.

Also this morning, Turkey is claiming it shot down a Russian fighter and has chosen, for some reason, to release this information, largely suspect, through bloggers.

The times story, listing “Tim Shipman” as author, a name that came up in 2005 Guardian article citing Britain and South Africa as possible suppliers for nuclear weapons used against the World Trade Center in the 9/11 attacks.

Shipman has long been suspected to have ties to Israeli intelligence and typically appears when MI 5 wants an article planted.  The article, largely propaganda, from the Times:

RAF ready to shoot down Russian aircraft over Syria

RAF Tornados bombing Isis targets in Iraq are to be armed with air-to-air missiles to protect them from attack by Russian aircraft — as a senior cabinet minister warned that Britain was prepared to shoot down Vladimir Putin’s jets.

Combat aircraft involved in Operation Shader over Iraq will be fitted with Asraam heat-seeking missiles, which can destroy any military aircraft flying today.

A senior defence source said: “Up till now RAF Tornados have been equipped with 500lb satellite-guided bombs — there has been no or little air-to-air threat. But in the last week the situation has changed. We need to respond accordingly.”

The move comes as tensions between the West and Russia escalated last night amid claims that Russia’s bombing raids have overwhelmingly ignored the Isis fighters they claim to be targeting and killed 150 civilians and injured 500 more… and the following update from Russia:

UK military attache is expected to clarify media reports of the alleged British leadership decision to enable Royal Air Force pilots participating in anti-ISIL coalition’s airstrikes in Iraq to shoot down Russian aircraft, the Russian Defense Ministry press service said in a statement Sunday.
MOSCOW (Sputnik) — According to the ministry, the military attache said, he had no information on the issue and would provide an official reply in the nearest future.

“Today, the military attache at the British Embassy in Moscow was summoned to the Russian Defense Ministry, where he was handed a note with a request to provide official explanations on information, published in the British media, citing high-ranking sources in the Defense Ministry of the country, on alleged directives to use weapons against Russian aircraft ‘in case of threat to their lives,’ received by Royal Air Force pilots,” the statement read.

Earlier, a UK defense source told the Daily Star Sunday tabloid that British and NATO pilots reportedly had been given a clearance to shoot down Russian jets over Iraq.

UK defense sources stressed that RAF pilots have been told to avoid contact with Russian jets “at all costs,” but warned the pilots must be prepared to attack Russian jets “if their lives depend on it.”

Spokesperson for the Russian Defense Ministry Igor Konashenkov said that over the last 24 hours the Russian aircrafts have attacked terrorist positions in the Hama, Idlib, Lattakia and Raqqa governorates of Syria. In total, 64 sorties targeted 63 ISIL installations, among them 53 fortified zones, 7 arms depots, 4 training camps and a command post, RT reported.

The airstrikes were carried out by Sukhoi Su24M and Su-34 bombers and Su-25SM assault aircraft, with Sukhoi Su-30 fighter jets ensuring air escort for the assault groups, he further added.

“Having accomplished combat assignments, all aircraft of the task force operating in Syria successfully returned to the Khmeimim airbase,” Konashenkov went on to say.

TEHRAN (FNA)- The militant positions in the Northern territories of the Central Homs governorate in al-Rastan plains were massively bombed by the Russian warplanes, leaving scores of the militants dead or wounded, sources said Sunday.

The sources said that the Free Syrian Army (FSA) and al-Nusra Front sustained heavy losses in the Russian air fleet’s attack on their position in the towns of Talbiseh, Al-Rastan, and ‘Umm Sharshouh.

The Russian Air Force carried out a dozen airstrikes on Saturday and another five airstrikes on Sunday morning, as the Syrian Army and the National Defense Forces (NDF) continue to concentrate their soldiers along the Western axis of the al-Rastan Plains.

The source added that the Syrian army has begun firing a barrage of mortar shells and rockets into the cities of Talbiseh and al-Rastan in order to weaken the defense lines of the militant groups.

If the Syrian Armed Forces do capture the al-Rastan Plains; this will leave the al-Wa’er district of Homs city completely isolated from any militant supply line in the province.

The Syrian warplanes bombed ISIL positions in al-Qaryatain village, 85 km to the East of Homs city, destroying a number of machinegun-equipped vehicles with all the arms and ammunition inside them.

The airstrikes also hit ISIL concentration centers in Jibab Hamad village, 70 km to the East of Homs city, and destroyed a number of machinegun-equipped vehicles and an amount of arms and ammunition.

Meanwhile, ISIL terrorists suffered heavy losses in the Syrian airstrikes in al-Tafha village, 70 km to the East of Homs city.

The Syrian government forces destroyed a tunnel dug by the ISIL in Jobar neighborhood in Damascus province.

Hundreds of militias are said to have used the tunnel to cross into the city and wreak havoc on the Arab country.

The Syrian army troops, backed by Russian fighter jets, have made major advances in their fight against the Takfiri terrorists across the Arab country in recent days.

Russia’s upper house of parliament approved the use of Russia’s Air Force in Syria, following a request by Syrian President Bashar al-Assad. Russia has launched a series of airstrikes across the Arab country Syria approximately 10 day ago. Moscow says its strikes have destroyed command centers and arms depots belonging to ISIL terrorist group.

The fate of al-Baghdadi is still unknown, a military statement said.

“Iraqi air forces have bombed the convoy of the terrorist Abu Bakr al-Baghdadi while he was heading to Al-Karable to attend a meeting with ISIL commanders,” the statement read.

Al-Karable is the Subdistrict in the West of the Al Anbar province of Iraq, beside the Syrian border in an area of high ground.

The Syrian warplanes razed the Takfiri terrorists’ positions in Jeb al-Safa, Tuloul al-Ne’am, Istabl and Sabeen in the Eastern countryside of Aleppo.

Tens of ISIL terrorists were killed and dozens more were injured in the Syrian airstrikes in Aleppo.

Also in the past 24 hours, the Syrian fighter jets bombed concentration centers and hideouts of the foreign-backed Takfiri militants in Idlib countryside on Saturday, inflicting heavy losses on them.

The airstrikes hit terrorists’ positions in Khan Sheikhoun city, Tal Merei and in the towns of al-Hbeit and al-Tamanaa.

Meantime, a ranking Hezbollah commander was killed during the clashes in Northwestern Syria on Saturday.

Reports said the commander was accompanying the Syrian army troops in an operation to win back the town of Mansoureh in Sahl Al-Qab region near Hama province.

Idlib is the scene of heavy fighting between the Syrian and Hezbollah troops who are backed up by the Russian air force and the terrorists who have been occupying part of the province for the some long time now.

Also, a prominent military expert said that the newly-formed Fourth Corps of the Syrian Army will soon earn new gains in the Northern parts of the country.

“The formation of the Syrian Army’s Fourth Corps will result in deep penetration into the Northern areas and collapse of the terrorist groups,” Issa al-Zaher told FNA.

He said the Fourth Corps comprises the Syrian army’s elite forces who are well-experienced in combat under different geographical and climatic conditions, and they are familiar with different kinds of war tactics.

Zaher said that the newly-formed corps of the Syrian army has between 60,000 to 100,000 troops with different expertise.

“The Syrian army’s artillery and missile attacks on the terrorists’ positions in Northern Syria showed that the terrorists have completely lost their power,” he added, the elite force is about to earn major victories in the Northern front in the coming days.

Elsewhere, the Syrian army killed and injured a large number of ISIL and al-Nusra Front militants in Homs province.

The army conducted military operations against ISIL terrorist’s hideouts and movements in the villages and towns of Rasm al-Abd, Habrah al-Gharbiyeh, Um Tweineh and al-Shindakhiyeh al-Shamaliyeh in the Eastern countryside of Homs.

A large group of ISIL terrorists were killed and injured in the operations. Militants’ weapons and ammunition were also destroyed.

Meantime, the Syrian army troops, backed by Russian air force, advanced in the territories under the control of the ISIL in areas near the strategic Kowaires military airbase in Aleppo province.

The army units backed by the Russian fighter jets continued offensives to break the siege of the strategic military airport in the Eastern countryside of the city of Aleppo in Syria.

According to the latest report, the Syrian-Russian joint operations have made gains in their major offensive against the ISIL, and the Syrian army ground troops are now only six kilometers away from the besieged airbase.

Several militias, including senior commanders, were killed and wounded during the Russian warplanes’ operation in Idlib province.

Meantime, the Syrian army troops seized back control over a village in the countryside of Hama.

The army troops retook Atshan village in the Northern countryside of Hama a day after they recaptured al-Bahsa village.

Also, the Syrian government troops staged an attack on the concentration centers of the Al-Nusra Front in the Southern Province of Daraa.

The army targeted the al-Nusra terrorists’ positions to the North of Kafer Shams village in the Northern countryside of Daraa.

Several armored vehicles of the Takfiri militants were also destroyed in a military operation in the village of al-Sheikh Miskin, 22 km North of Daraa city.