Home Investigations It is what the Dutch MH17 report does not say that is... 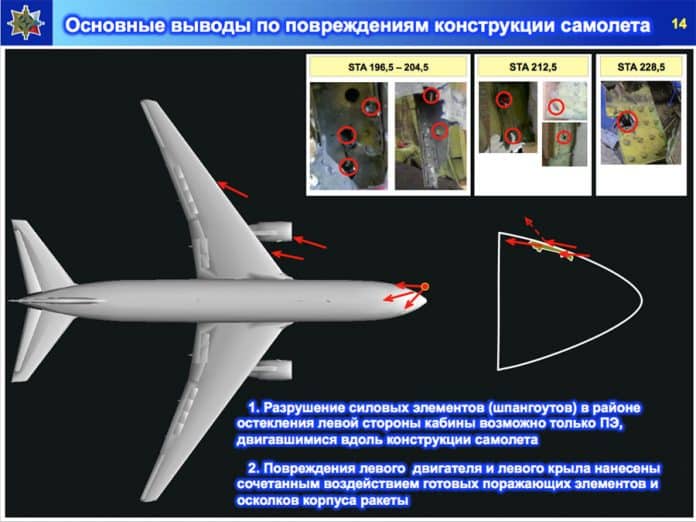 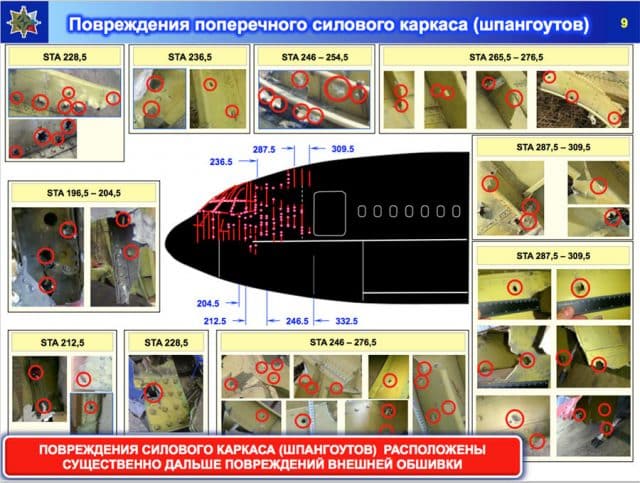 [ Editor’s Note:  Well the MH17 shrapnel has hit the geopolitical fan this week. A BUK missile has been agreed upon by both the investigators and it appears the Russians, as the weapon that brought the plane down. The battle engaged now is which version of warhead was used, which either eliminates or confirms Russia as a possible suspect.

The Russians maintain below that the older version BUK warhead production was ended in 1982 and all Russian units had been updated, which is very plausible as a major power would not be using such warheads 3o years old with an updated version available. But Ukraine had plenty of them with the inventories on the record.

So the Russian request today to have the UN open a new investigation is to remove any doubt that a modern Russian system was the cause, and deal with the issue of the Donbass rebels using a captured Ukrainian older BUK system on another day.

All VT readers will be aware how quickly the issue of motive vanished from any discussion of this tragedy. That was because there was none for Russia…ZERO. Kiev was having its air force shot up and its expected rolling up of the rebel republics repulsed by the hard fighting of the Donbass freedom fighters, and their pragmatism in giving up ground to have shorter, more defendable interior logistics line. Kiev was never able to complete its divide and conquer plan for Luhansk and Donetsk.

Kiev did have a motive when it saw it might not win the war and needed a Hail Mary pass to bring the Western military in to save the day. Shooting down a civilian airliner and blaming Russia was made to order to accomplish that.

But the fight will now focus on Russia’s claim that their newer BUK warheads all have bow-tie shrapnel in them which is much more devastating than the mix of bowtie plus cubic ones in the older model. But from the photo evidence the Russians claim there are no bowtie entry or exit holes in any of the damaged plane parts.

The Dutch claim both kinds were found INSIDE the wreckage and have dismissed the Russian claims. But of course the Dutch have ducked the issue of the “chain of evidence”…that Ukraine had control of the crash site and the loading up and transportation of the wreckage where “salting it” could easily have occurred.

The Dutch claim these two shrapnel were found in the three crew cockpit crew bodies, which is another curve ball. As the updated Russian BUKs  have no cubic shrapnel one would have to ask how they got into the wreckage if not via the older warhead.

It does seem strange that there would be no bowtie entry holes which the two tests done by the manufacturer showed would be very prevalent. So this story is going to be with us for some time, and then we have the criminal investigation findings due in January, and by a country that is in NATO, which no one has ever voiced any concern over.

Not mentioned in the current report is why no evidence of a BUK missile launch, no photos, video or multiple eye witnesses for something that is quite an event. VT has confirmed that Western satellites and battlefield surveillance could not have missed a missile launch. We must assume the Russians have the same capacity yet both have withheld that Intelligence. What are they afraid of, or what circumstances are the waiting for to reveal it.

But worst of all, why is it that only VT is asking these questions. There is a army of multi-country military and civilian Intel people who know that missiles launches in a hot spot are captured instantly and forwarded to a “watch commander” for evaluation and dissemination to the appropriate commands. Withholding this information is obstruction of justice in a mass murder case. Who would do that, take that risk, without being ordered to do so?

The UN air safety agency has been monitoring everything so we will have to watch and see how available they are to answer questions now that the report is out, or if they do the duck and dodge number while they pray for it to all blow over… Jim W. Dean ] 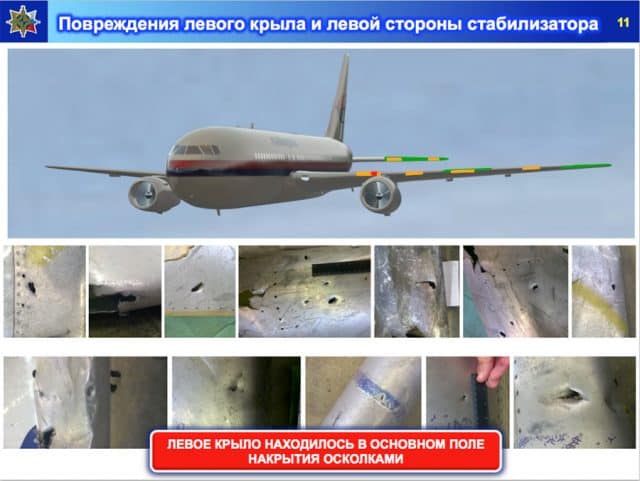 The damage caused by shrapnel to the aircraft involved in flight MH17 could not have been caused by a modern Russian BUK missile, the manufacturers of the weapon Almaz-Antey have stated.  The manufacturer staged two real-life tests involving decommissioned aircrafts and BUK anti-aircraft missiles to see whether missile complexes currently deployed by Russian troops could have been involved in the downing of the Malaysian Airlines aircraft on July 17, 2014.

The experiments were carried out on July 31 and October 7 with the help of 9N314M BUK missile warheads, which are currently deployed by the Russian military. The results of the tests “decisively indicate” that an explosion from such a missile leaves a distinctive “butterfly-shaped” puncture holes due to the shape of the shrapnel, Almaz-Antey, the manufacturer of Buk air defense missile complexes, said.

“The Boeing 777, which carried out the flight, did not have a single hole like this and as a consequence, this absolutely excludes the possibility of a missile with double T-shaped shrapnel being used to strike this aircraft,” Almaz-Antey stressed in a statement on Wednesday, following the final report of the Dutch Safety Board that looked into the causes of the crash.

The Dutch Safety Board concluded the plane, which was carrying almost 300 people, was hit with a 9N314M-model warhead mounted on the 9M38-series missile. The weapon was fired from a BUK surface-to-air missile system from an area in eastern Ukraine.

Almaz-Antey maintains that in fact a 9N314 warhead was responsible. On Wednesday, they commented on the differences between the two warheads and whose defense forces may have been using the missiles mentioned by the Dutch investigators.

The manufacturer said the Russian army has not been using BUK missiles with 9N314 warheads filled with shrapnel different from a double T-shape, as these are “outdated,” while the production of such warheads was halted in 1982, Almaz-Antey stressed.

Almaz-Antey also noted that as of 2005, there were 991 missiles armed with 9M38M1 warheads in arms depots in Ukraine.

“We obtained this information through official channels. Back in 2005, the company conducted a pre-contractual engineering study of how long these types of missiles could be used for in Ukraine,” Almaz-Antey said, adding that they had a shelf-life of around 25 years. “We also have data that 502 missiles of the outdated 9M38 modification were used by Ukraine’s armed forces during the same year,” the company added.

On October 13 the Almaz-Antey defense company presented the results of two full-scale experiments aimed at recreating the MH17 crash. The company concluded the missile that downed the flight was an old BUK model fired from a Ukrainian government controlled area, contesting the preliminary theory by Dutch investigators.