Home Health But I know he is my father 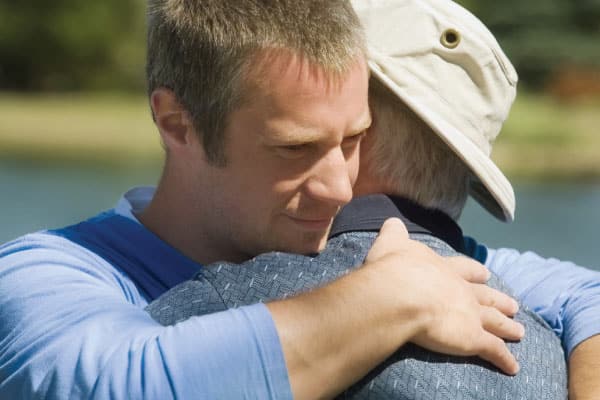 [ Editor’s note: Sami Jadallah’s piece is moving in a profoundly simple way, as it is just the truth. It is a slice of life. The best memory I have of my grandfather, besides when he taught me to fly a kite, was when he was in his 80s and gave me his car so that I could drive him to the grocery store and take him to lunch.

Actually, he took me to lunch three times a week. We sat under the high sunny, giant philodendron-shaded atrium of his apartment building, where there was a café. He appreciated that a smiling young waitress would come out and take our order, which was “the usual” — soup du jour and a cup of coffee for Grandpa; soup du jour and a soda for me; with a nice tip for the waitress. It’s true that there were a few drops of soup and coffee spilled on shirts and ties, but the conversation was terrific, as Grandpa reflected back on his life with Grandma and when he worked as a school principal for thirty years, and when, as a youth, he worked in the successful, upscale meat market owned by his father.

And then, more recently, there were moments where I could touch eternity, perhaps because time had stopped. I was grocery shopping with my mother in her early stages of forgetfulness, as we stood in the broccoli and cauliflower section, going over the shopping list. Dad had just died, and Mom’s laser focus that had sustained her through the funeral was beginning to fade. She was letting go of her existence in the present tense. The woman who was a pillar of strength was relying on her daughter, and it was so hard for her to do that.

But, there are uncounted blessings when we put aside pride, and forgive and forgive, and help the older generation… ever thankful that they didn’t kill us during the prolific ingratitude of our teenage years, in a different century… Erica P. Wissinger ] 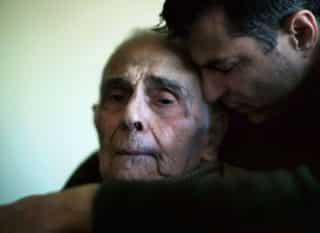 Away from politics, as someone who grew up in a family with “living in” grandparents, I and my children are also blessed by having grandparents living with us, thus allowing three generations to live in the same house, a joy and blessing that our modern society lacks.

I was moved to write this short essay after reading a news item of a story of a son, a loving son, who took his aging father to a restaurant for dinner.

The father, old, fragile could not help but spill some of the food on his shirt and trouser to the dismay and disgust of the diners who watched this not “so pleasant scenery” as they dined.

After finishing dinner, the good loving son took his father to the bathroom where he washed his face and mouth cleaned his shirt and started to walk out with utter silence from the “disgusted” diners, whose gaze followed the father and his son.

As the son and his aging father were walking out, one of the diners raised his voice and said to the son “son did you forget something?”

The son turned around to answer “no sir”.

The diner then responded, “Yes you did; you left a lesson for all of us to remember.” The son and father continued to walk out of the restaurant. All the diners remained silent.

A friend of mine shared a story of a Palestinian son caring for his old father suffering from Alzheimers, and when a friend asked the son why he takes care of his father when the father could not remember, let alone know, his son?

The son responded, “I do not care if he does not recognize me, but I do know he is my father and that is enough for me.”

Here in the US, there are over 5.3 million of all ages suffering from Alzheimers and dementia — an illness that requires much love, caring and sacrifice from the children. We as a nation have over 9 million persons over 80-years, who will require intensive loving care soon, rather than later.

Thank you for that insight.