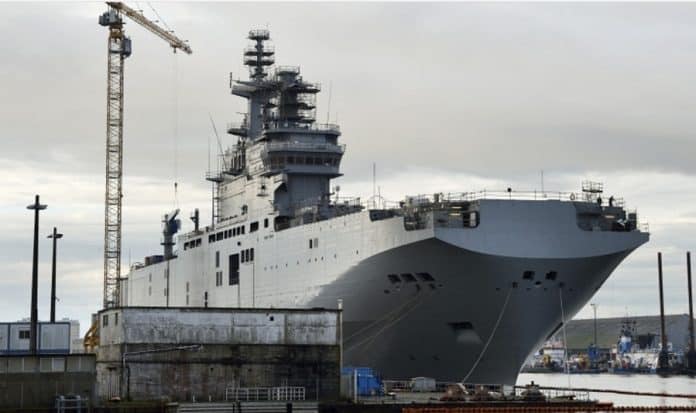 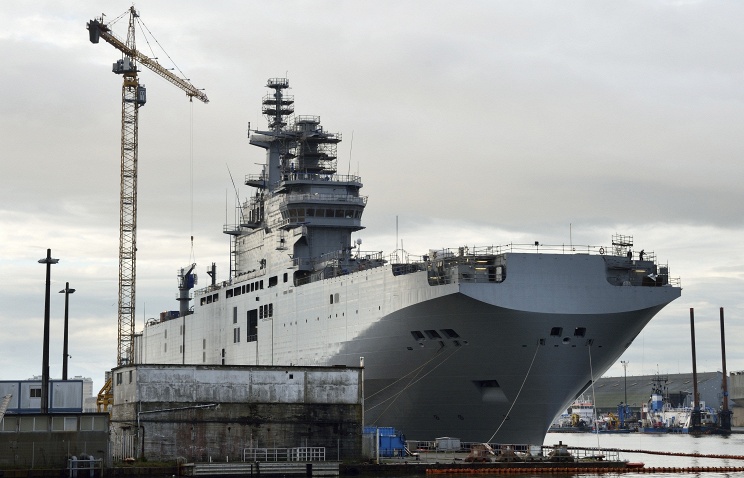 The vessels may be supplied to Egypt in summer, 2016 along with storm boats

MOSCOW, October 17. /TASS/.  Egypt’s delegation will come to Moscow after October 20 to discuss possible supplies to that country of Russian hardware of the Mistral-class helicopter carriers, a source at the military-technical cooperation sphere told TASS on Saturday.

“After the 20th, in about a week, a delegation from Egypt will come to us to discuss possible supplies of certain blocks of radio-electronic equipment for the Mistrals, which Egypt has bought from France,” the source said.

The source said the Russian military equipment export authority, Rosoboronexport, had a meeting, devoted to further use of the equipment.

Egypt signed a contract on two Mistral-class helicopter carriers on October 10. The vessels may be supplied to Egypt in summer, 2016 along with storm boats.

The 1.12 billion-euro contract for the construction of two Mistral-type helicopter carriers for the Russian Navy was signed in June 2011. Under the contract, Russia was expected to receive the first of the two warships, the Vladivostok, in the autumn of 2014. However, Paris suspended the ship’s handover to Russia at the very last moment over Moscow’s stance on developments in neighbouring Ukraine. It was planned that the second ship dubbed the Sevastopol would be handed over to Russia in the second half of 2015. But the deal was suspended like in the case with the first Mistral ship.

After a long wait, Russia and France in early August reached an agreement to officially cancel the contract. The French government said in a release then, “the President of the Republic believed that it was not wise to increase the threat and to deliver these two ships” in connection with the situation in Ukraine. After the deal cancellation agreement, it was reported that France was selling both of the Mistrals, built for Russia, to Egypt. It paid about 950 million euro back Russia for the dissolution of the contract, with the compensation including Russia’s advance payments totalling almost 900 million euro. “This has covered all of the costs sustained by Russia,” the source said.

Under the deal, Russia gets the money and Russian equipment installed on the vessels back, and France will then be able to use the warships at its own discretion. French media earlier reported that Paris paid Russia 949 million euro for the Mistral contract cancelation, and the overall sum of payment exceeded 1 billion euro.