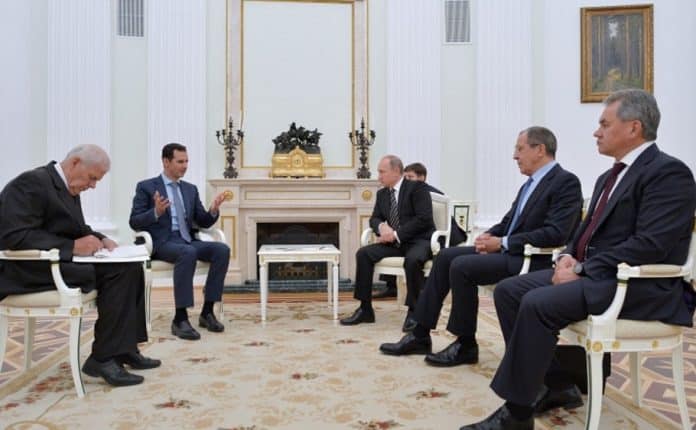 “The head of the Russian state informed the monarch of the results of Syrian President Bashar al-Assad’s visit to the Russian Federation that occurred yesterday,” he said.

The talks between Putin and Assad took place on Tuesday. The head of the Russian state assured his Syrian counterpart that Moscow’s position on Syria is unchanged: long-term settlement may only be achieved on the basis of political process with participation of all political forces, ethnic and religious groups. He also confirmed Russia’s readiness to make its contribution to the fight against terrorism.

Assad thanked Putin for his assistance to Syria. In his view, terrorism, which the region is currently fighting, is a real obstacle on the way to political settlement in the country.

Assad’s visit to the Russian Federation became his first foreign trip since the aggravation of the Syrian crisis in 2011. 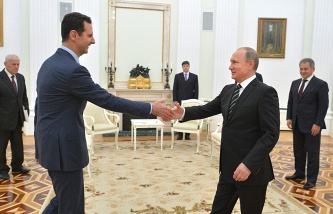 Russia’s Aerospace Forces started delivering pinpoint strikes at facilities of the Islamic State terrorist organization in Syria on September 30. The air group comprises over 50 aircraft and helicopters, including Sukhoi Su-24M, Su-25SM and state-of-the-art Su-34 aircraft. Hundreds of terrorist facilities have been hit by Russian aircraft.

Russia’s Armed Forces act on a request from Syrian President Bashar al-Assad. The Russian Federation does not plan to take part in ground operations in Syria.

According to UN statistics, fighting between Syrian government troops and militants has killed more than 200,000 people and displaced millions since its start in 2011.

An international peace conference on Syria, dubbed Geneva-2, organized by Russia and the United States and designed to negotiate a solution to the Syrian crisis, held in January and February 2014, brought no particular progress.