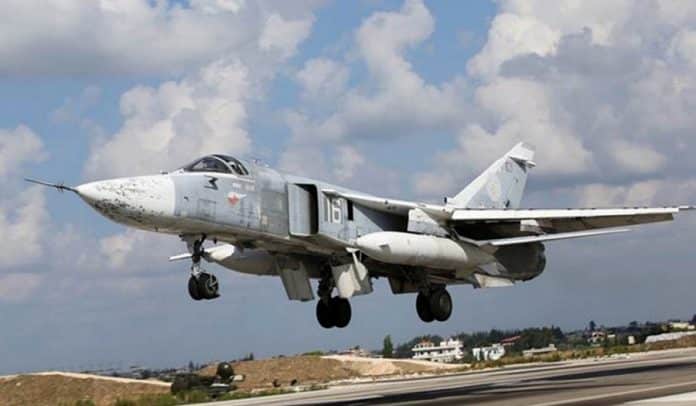 VIENNA, October 23. /TASS/. The military of Russia and Jordan will coordinate their antiterrorist actions trough a working mechanism in Amman, Russian Foreign Minister Sergey Lavrov said on Friday after a meeting with his Jordanian counterpart Nasser Judeh.

“Simultaneously with the political process, we are certain that it is necessary to drastically intensify efforts in the fight against the Islamic State [terrorist organisation outlawed in Russia] and other terrorist groups in Syria,” Lavrov said. “Making a contribution to the fulfilment of this task, under an agreement between President Vladimir Putin and King Abdullah II, the Russian and Jordanian military have agreed to coordinate their efforts, including the air force operations over Syrian territory, through the working mechanism in Amman,” he added.

“We believe that other states participating in the antiterrorist struggle can also join this mechanism,” the Russian foreign minister said.

The Russian foreign minister stated that the unsettled Palestinian problem is playing into the hands of terrorists in the Middle East.

“It is our firm conviction that the decades-old unsettled Palestinian problem is one of the most considerable factors that lets terrorists recruit youth,” he said.

The minister also noted the importance of stepping up efforts on settlement in Syria on the basis of the Geneva communique.

“Our common position is that it is important to step up efforts in launching a political process of Syrian settlement on the basis of the Geneva communique,” the foreign minister said.

The Geneva communique “envisages the start of large-scale negotiations between the government and all representatives of the Syrian opposition – both internal and external – with the support of international players, Lavrov added.