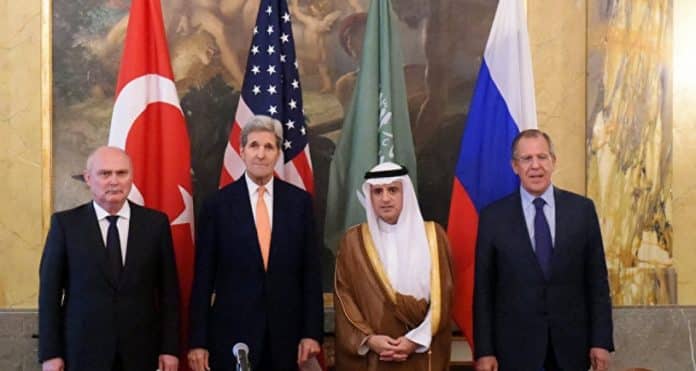 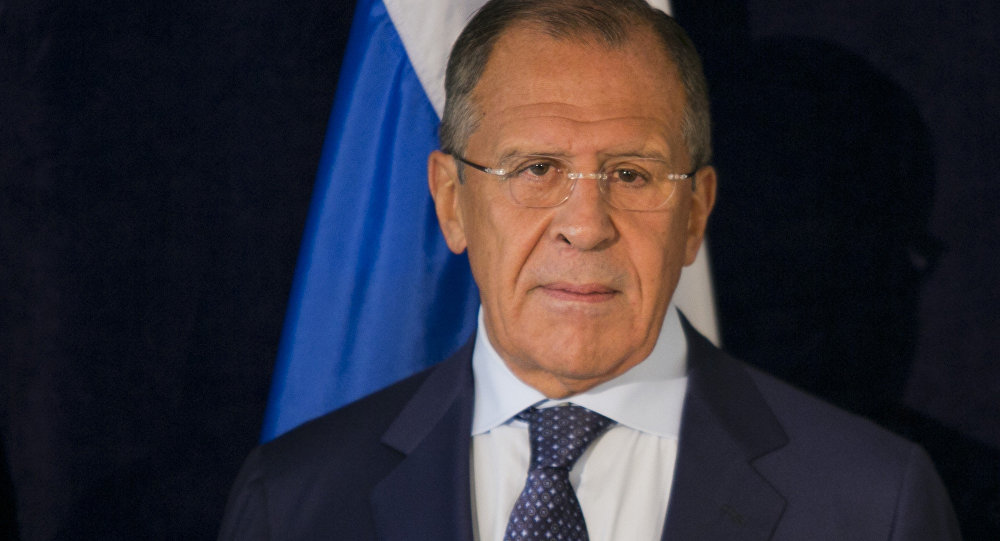 Russian FM Lavrov gave an interview to Rossiya-1 TV channel while on a visit to Kamchatka in the Far East.

Moscow is ready to coordinate its activities in Syria with the United States, Russian Foreign Minister Sergei Lavrov said Saturday.“We are ready for such a profound coordination,” Lavrov said in an interview with Sergey Brilev on Vesti v Subbotu (Saturday News) show.

The minister said that the most important part for Russia is to find those people who represent armed groups combating terror.

“We never slam the door, we never pose as offended,” Lavrov added. “When a person refuses to talk on serious issues, a question arises, whether this person understands what is going on, whether a person has ideas on how to settle a problem. When our US colleagues come out with such initiatives, we always react and never avoid a conversation,” he told Rossiya-1.

According to the foreign minister, the fact that US Secretary of State John Kerry proposed to hold a meeting on the ministerial level in Vienna indicates that Washington has an understanding of the necessity of Russia’s participation in the settlement of the Syrian crisis.

“I hope that finally the European Union now understands that the ‘detached’ stance regarding the Syrian matters is unacceptable for it,” Lavrov said in Vesti v Subbotu (Saturday News) TV show with Sergey Brilev.

US Secretary of State John Kerry explained Washington’s refusal to accept a Russian delegation led by Prime Minister Dmitry Medvedev for talks on coordinating efforts to counter terrorism in the Middle East.

“John Kerry told me: ‘You know, do not take it so literally, because we are in the process. So far, the conditions for such a contact are not prepared. Let’s work on the ministerial level, and then we’ll be ready to consider your other ideas’,” Lavrov said in an interview with Sergey Brilev, host of the Vesti v Subbotu (Saturday News) television show.

According to Lavrov, Russia has discussed with Assad the prospects of finding a political solution to the crisis.

“He [Assad] is well aware of it [the necessity of political settlement] himself, and, by the way, he expressed a thought that the military phase of countering terrorism needs to be complemented by a consolidation of the healthy part of society and a beginning of a political process that would ensure the interests of all the Syrians without exception, of all ethnic and confessional preferences and political views – everybody in the state system and in the government,” Lavrov added.

“We are ready to back the patriotic opposition, including the so-called Free Syrian Army, with our air support. However, Washington is refusing to inform us of the locations of the terrorists and where the opposition is based,” Lavrov said.

“We need to get in touch with people capable of officially representing the groups that, among other things, oppose terrorism,” he added.

There is hope for advancement in the political process in Syria in the foreseeable future Sergei Lavrov said.

“Despite the ongoing ‘anti-Assad’ policy, ‘democratization’, the right understanding of the situation in Syria grows. It gives us hope to move forward the political process in the foreseeable future by using external players to make all Syrians negotiate on the issue,” Lavrov said in an interview with Sergey Brilev on Vesti v Subbotu (Saturday News) show.

“Foreign players cannot decide for the Syrians. We have to make them [Syrians] to work out their own algorithm of further living in their country, when interests of any religious, ethnic or political groups will be protected. Of course, it is necessary to prepare for the parliamentary elections, as well as for the presidential,” Lavrov said.

Lavrov stressed that the European Union’s involvement in the Syrian settlement process should be triggered by the severe migrant inflow to Europe.

“This is roughly comparable with the influx of Syrian refugees to the countries in the region, which were remembered by almost no one until migration wave has hit Europe. Such a purely pragmatic EU’s interest should be supplemented by its political involvement in the settlement process,” the foreign minister said.

“The European Union should already start recognizing the root causes of migration crisis and chaos in the Middle East. They do not hesitate to remember Iraq and the failure of the ‘democratization’ of Iraq, which instead turned into a major threat of the country’s division and inter-religious tensions within it. They already start recalling the more recent example of Libya, which turned into a non-controlled corridor for migrant smuggling form many countries of North Africa,” Lavrov said.