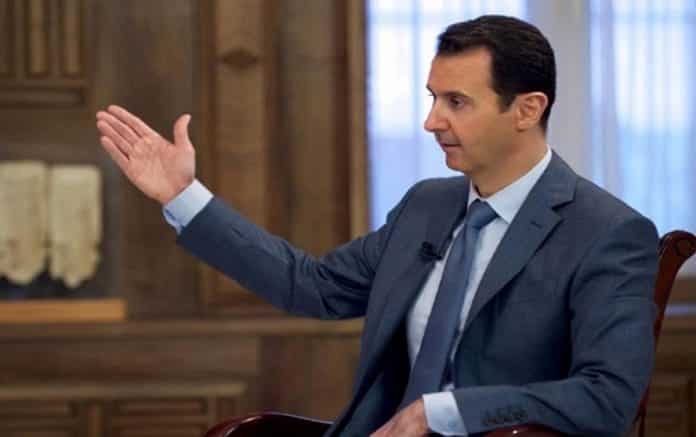 President Assad: No Syria Initiatives before Terrorism Eradication
The Syrian President Bashar al-Assad says it welcomes any political solution approved by the Syrian people, but terrorism must be eradicated first.

“President [Bashar al-Assad] has repeatedly stressed in his speeches and interviews that no initiative or ideas can succeed or be implemented unless terrorism is eliminated and security and stability are restored to the country,” the Presidency said in a statement on Tuesday.

The statement was issued to clarify Assad’s recent remarks in a meeting with a Russian delegation that he had reportedly voiced his readiness to hold early parliamentary and presidential elections.

The statement said the state would welcome any political solution decided by the Syrian people within the framework of the principles of the Syrian state that preserves its “sovereignty and territorial integrity and spares the Syrian people’s blood and meets their interests.”

During the meeting with the Russian parliamentary delegation headed by Sergei Gavrilov, the chairman of the State Duma’s Committee on Property Affairs, Assad stressed that the eradication of terrorist groups in Syria would pave the way for a “political” solution to the crisis in the Arab country.

After the meeting, Alexander Yushchenko, a Russian legislator said the Syrian president has expressed preparedness to run for another seven-year term in office in a future presidential election should the Arab nation support such a move.

“He is ready to conduct elections with the participation of all political forces who want Syria to prosper,” the Russian MP said.

Syrians took part in presidential election in June 2014 and Assad emerged winner with 88.7 percent of the vote. The Arab country is set to hold parliamentary elections next year.