Home Government US Heading Toward Large-Scale Military Presence in Syria 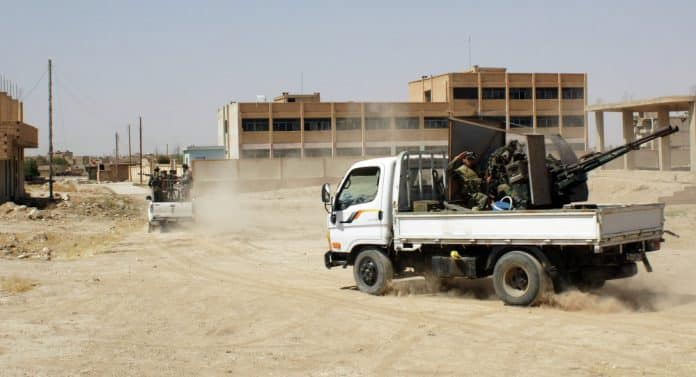 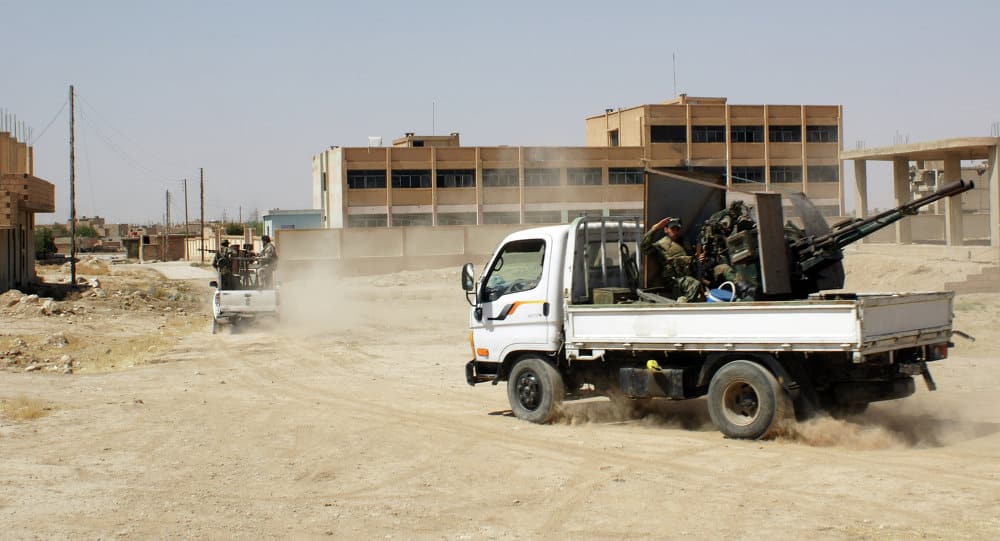 The United States may be setting the stage for an industrial-strength military presence in Syria, given the narrow capabilities of special operations forces, former US head of Central Command David Petraeus said at a Brookings Institute event on land warfare.

WASHINGTON (Sputnik) — The Obama administration has been clear that it does not intend to replicate the recent US wars in Iraq and Afghanistan, where hundreds of thousands of US troops were deployed.

“If you want to degrade and defeat the Islamic State and the al-Qaeda affiliate Jabhat al-Nusra, and the Khorasan group, the al-Qaeda element… in northern Syria, you are going to have to have a ground force,” Petraeus stated on Friday.

Earlier on Friday, the White House announced it would deploy fewer than 50 additional special forces to Syria to assist in the fight against the Islamic State.

“We have very small capabilities…[within special forces missions], but not the industrial strength capabilities we have needed in a number of cases in the last 15 years, and I think for the foreseeable future we are going to have even more of these,” Petraeus said of the larger US ground presence. He added that “you can see again where we could be heading in Syria.”

What Does the Pentagon Mean by ‘Advisers’ in Syria, Anyway?

The narrow focus of special operations missions means they are not equipped with the abilities to run large-scale logistics, communications, repairs and other tasks that conventional forces are able to do, Petraeus explained.

US Provision of Heavy Weapons to Syrian Opposition Well Known

“With respect to the arming of the Syrian forces, I think first of all it is actually publicly known that we have been arming them with considerably additional systems, as have some of our partners in the Gulf… Those TOW weapons systems are coming from somewhere.”

In early October, a number of US lawmakers suggested arming Syrian moderate opposition fighters with shoulder-launched anti-aircraft missiles, or MANPADS, in response to the Russian military intervention in Syria.

“There always is a big question about shoulder launched anti-aircraft missiles, because of the fear that they can take down a commercial airliner somewhere out in the region,” Petraeus said when asked if he would recommend the US provision of MANPADS to Syrian opposition fighters.

He described the US provision of TOW missiles as “a game-changer” because of their ability to destroy “the Russian tanks that have been provided to the Syrians.”

The Pentagon recently ended its program to arm and train Syrian moderate fighters, but the CIA has reportedly maintained its program to provide weapons to Syrian opposition fighters since 2012.