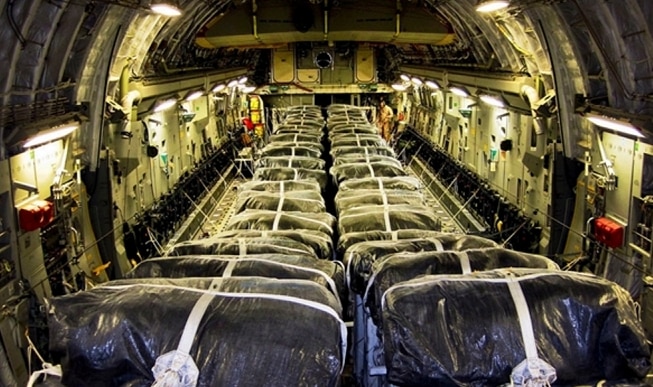 TEHRAN (FNA)- The participants of the Vienna talks have all the time in the world to prove they are serious about finding a peaceful solution to the Syrian crisis. But they are wrong to assume the chaos will go away through dialog alone.

Even long after a political deal has been reached, the violence will endure, not because of the presence of some extreme remnants, but because of their weapons – their Western weapons. It is now an open secret that it is Western powers that are fuelling sectarian violence and conflicts in the Middle East and North Africa. They do this by selling and supplying large quantities of weapons to their puppet regimes and “moderate” terrorists.

Certainly, countries like Egypt, Jordan, Saudi Arabia, UAE, Bahrain and Qatar don’t have the technology to produce weapons. They simply buy them from European and American arms manufacturers. These countries together account for $135 billion in military spending in 2014 alone – the highest in the world.

As always, the United States is the major supplier for the majority of these regimes, with the United Kingdom, Germany, and France also significant exporters. They are the ones that have set in motion internal corruption, excessive militarization, political unrest and sectarian violence throughout the region. They are also the ones that have a narrative for violent extremist outfits to affect regime change in sovereign nations that have decided to stand up against their colonial policies.

It doesn’t take a mathematician to add a simple sum. The role of the United States in driving this arms flow has been well-established for decades. According to the Stockholm International Peace Research Institute, the US is the world’s top supplier of arms, accounting for 31 percent of global exports. Also according to the IHS Jane’s 360 report, Saudi Arabia is America’s number one military trading partner, which has intervened in Bahrain and waged war on Yemen. On top of that, it has waged a proxy war against Syria in alliance with other Arab states.

Evidence suggests that arms purchases by Saudi Arabia, UAE and Qatar are politically strategic rather than being best suited for their military needs. Simply put, they have put regional security at risk by diverting money and weapons to destabilize Syria, Iraq and Yemen. This of course is in alliance with extreme outfits like ISIL and al-Qaeda – with no meaningful oversight or international accountability.

This leads us to the conclusion that the bitter conflict in Syria will not simply go away once a political deal has been reached in Vienna. Sure enough, the supporters of armed groups, especially Qatar, Turkey, Saudi Arabia and the US, will have to first stop providing different terrorist groups with advanced weapons and financial assistance that has only led to more complication of the conflict. Given the unprecedented levels of weapon supplies, this must not be underestimated.

What is important and may be of concern to the world, particularly to the International Civil Aviation Organization, is that the “good” and “bad” terrorists in Syria and Iraq may get anti-aircraft shoulder-fired weapons and surface-to-air missile systems. If that happens, those planning to fly back to Vienna to further discuss the Syrian conflict are advised to fasten their seatbelts. It’s going to be a bumpy ride.