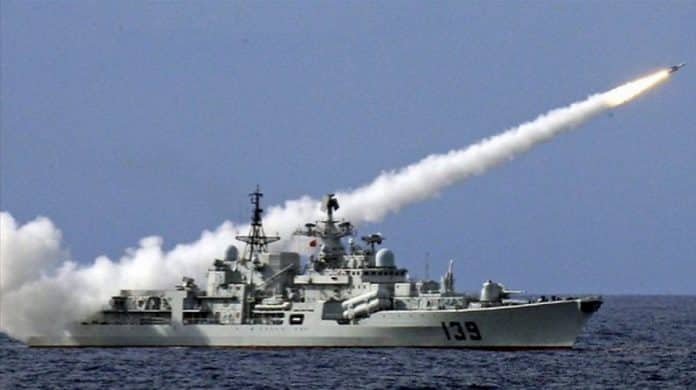 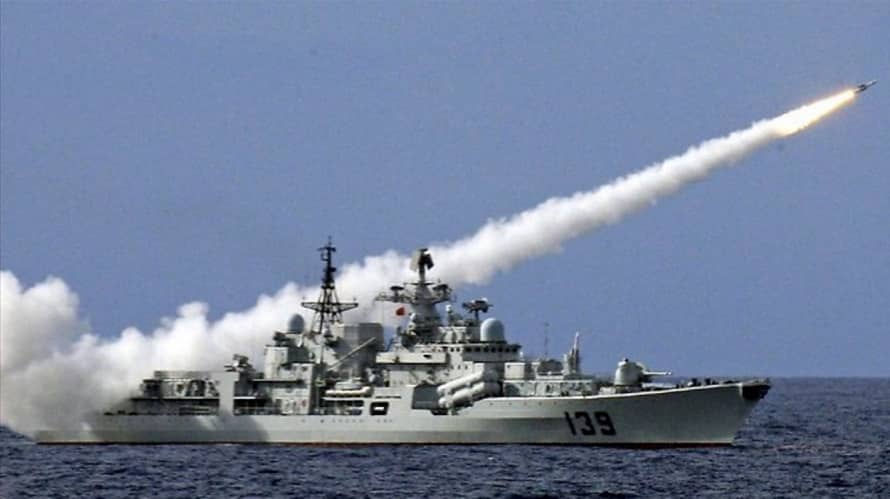 On October 27, an event took place, once again showing how, where, and who tries to answer the basic question of history today at its next turn, a countdown that leads all the way back from the end of the “Cold War.”

On this day, the American missile destroyer USS Lassen, maneuvering in the waters of the South China Sea (SCS), went inside the 12-mile zone surrounding one of three coral islands of the Spratly archipelago, the dimensions of which have increased markedly as a result of reclamation work carried out in the past two years by China. Some construction work is being carried out on the resulting artificial surface. US analysts and officials argue that the buildings appearing on the islands seem to have the characteristics of military installations.

China’s response to these allegations has changed over time. Initially, it said that the buildings are purely civilian and designed to also safeguard the freedom and safety of navigation in SCS.

These words were meant to be a counterargument to the public fears of the United States (i.e. China’s main geopolitical opponent) to the threat posed by China’s “military” facilities on these islands and reference to “freedom and security” in one of the world’s largest commercial traffic routes.

Then China’s position was simplified and reduced to the trivial: “And, in fact, what is it to you? It’s our territory – we can build whatever we want on it.”

The latter passage, however, conceals the problem, which gives a grim tinge to assessments of both the particular fact of theUSS Lassen’s passage into (supposedly) China’s territorial waters, as well as a hypothetical answer to the key historical question outlined above.

For, unlike the situation with Taiwan, China’s claim to own 80% of the waters of the South China Sea, as well as nearly all its archipelagos and individual islands is not supported (at least in unambiguous language), apparently, by anyone in the world.

In addition, there should hardly be any doubt about the forthcoming decision by The Hague Arbitration Court, at the request of the Philippines, on the evaluation of the reasonableness of the Chinese claims to own most of the South China Sea area. It is noteworthy that the upcoming resolution (as well as the request by the Philippines) China has already declared null and void.

Formally, the US does not have its own position on the territorial disputes in the South China Sea and does not offer anyone their mediation, calling on all parties to resolve differences to the benefit of all parties on the basis of international law.

As to the specific artificial islands, Washington believes, that according to international law in general, it is illegal to enforce the national 12-mile zones around them.

That is, from the position of the US administration, October 26 this year, the USS Lassen was not a violator of China’s state borders. Previously, time and again the Pentagon Chief, Ashton Carter, had repeatedly warned about this, stating the readiness of US military ships and planes to appear everywhere where it is not prohibited by international law.

According to China’s Foreign Ministry, a deliberate violation did occur on October 27, and it was compounded by the lack of the American destroyer’s response to the demands of the escorting Chinese warships to leave the “territorial waters” around the islands, “whose ownership is not up for discussion“.

Thus, the above-mentioned problem of the current dangerous period of relations between the two world powers comes down to the fact that both of them, while declaring respect for international law, in the course of their own activities in the South China Sea, are pushing the world to the brink of an armed conflict, and the potential scope and consequences of it is better not to mention.

It is natural that the international legal casuistry is only indirectly related to the real (and fundamental) reasons for the process of increasing tension in the South China Sea with a decisive participation in it by both of the world’s major players.

Just as the exalted student from Sarajevo had little to do with the causes of World War I. It is noteworthy, that today the current political situation in the world is compared more and more frequently with the period that preceded that global catastrophe.

From the middle of the last decade, various kinds of arguments were published on the topic of the nature of the potential US-China armed conflict and the prospects for its unleashing. As a rule, they arose at the next subsequent stage of tensions between the two major world powers.

And the current stage is no exception. Almost simultaneously with the USS Lassen’s dangerous maneuvers in the South China Sea, an article under such a headline as – “America vs. China: Is War Simply Inevitable?” – was published in the American journal ‘The National Interest’. Its author has attended to the problem of translating accurately the famous phrase of Thucydides (participant and historian of the Peloponnesian War) from the Greek, that the growth of Athens has raised fears in Sparta, which, in turn, made war between them inevitable. The semantic content of this phrase is called the “trap of Thucydides”.

This problem is discussed in the context of President Xi Jinping’s replica (made during his last trip to the United States) that, in fact, there is no ‘trap of Thucydides’. There are merely human errors in the appraisals of the current situation and in particular the actions of people, which lead to global catastrophes.

In order to comment on this (generally correct) remark, it should be noted that the “mistakes”, which the Chinese leader mentioned, made by some people in critical situations, are what lead to the “Peloponnesian” War.

Here, it begs an analogy with the so-called “laws of physics”, which are nothing but a generalization of accumulated observations to date that (so far) had encountered no exceptions.

Consider, at least, the past “incidents” in the South China Seas. One wonders why both leading world powers do not limit this to verbal sparring, but keep “hands off”? More precisely – keep their missile destroyers off sensitive areas of either party?

Almost certainly, in response to a posed question there will be a counter-argument in the form of: “they got their ‘hands’ in first by illegally piling sand onto the coral reefs.”

And, in response to this “response”, some ancient papyrus with hieroglyphs may appear, “supporting” the legality of such construction work on the reefs.

In turn, Vietnam and the Philippines may also delve into their archives and find their own papyri – with contradictory content that is sure to fall into the hands of their current “big brother” and the main opponent of the owner of the first papyrus…

History has shown, that sooner or later one of the parties to this kind of verbal matches will lose patience (very hopefully not this time) and resort to the “good, old tried and true” means – some general form of “Bludgeon”. Betting on his “Bludgeon” being the strongest, he thus hopes to force his intractable opponent to agree with the hieroglyphs of his “papyrus”.

With respect to the latter, it is useful to recall one of the plausible versions of the motivation of those who at the beginning of the last century, nonetheless, decided to resort to war (“which, in fact, no one wanted”) to address the backlog of problems accumulated by that time.

Allegedly, it was considered that for the intensity of military operations reached during that time – lasting only a few months (maximum six months) – the accumulated arsenals would suffice. In that short time, it would be possible to avoid inflicting any really severe damage on each other, and force everyone to sit down at the negotiating table, because, after all, there would be nothing left to shoot with anyway. Presumably, this would somehow “settle” the problem under more or less favorable conditions, when the point of maximum mutual “brutality” is still remote.

It would be useful for the current proponents of the (technology-based) “revolution in military affairs” to bear this in mind and try to avoid provoking events, the consequences of which can hardly be forecast with any reliability, but may prove disastrous for all.