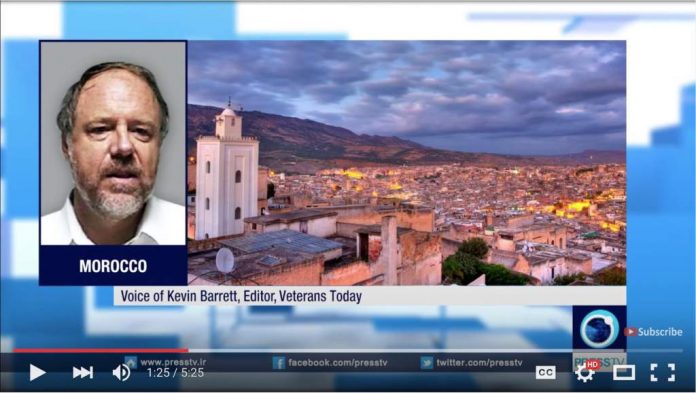 What’s up with Saudi Arabia?

The Saudis under their new King Salman and heir apparent Mohammad Bin Salman are lashing out blindly on several fronts, committing atrocities all the while.

They have played a major role in destroying Syria. They have mismanaged the Hajj pilgrimage, and may even have intentionally set off the stampede that killed thousands in order to kidnap high-level Iranian officials. They are prime suspects in the downing of the Russian passenger jet in Egypt – which the airline now says came as the result of an “external influence.” That, of course, is a euphemism for “a missile.”

And then there is Yemen.

The Saudis (with help from their Israeli friends) have dropped at least one nuclear weapon on Yemen. They have been repeatedly caught using cluster bombs. When is the world going to say, “enough”?

On Press TV yesterday I pointed out that Yemen is becoming Saudi Arabia’s Vietnam. The parallels are uncanny:

*The US war on Vietnam was led by a criminal psychopath, Kennedy-killer LBJ, then by another criminal psychopath, Nixon. The Saudi war on Yemen is being led by similarly psychopathic individuals, whose crimes include the murder of more than a thousand people in the false flag chemical weapons attack on al-Ghoutha, Syria.

*The extreme psychopathy of LBJ’s personal style, which included employing the lifelong services of a personal hitman (Mac Wallace), publicly defecating in front of colleagues in order to humiliate them, and routinely exposing his genitals as a form of psychic assault, is matched by the almost equally mad excesses of the Saudi Royals, whose love of drugs, gambling and sex slaves makes them highly incongruous custodians of Islamic holy places.

*The US war on Vietnam exhausted the American treasury, which could not sustain the military effort alongside outlays on the “Great Society.” The Saudi war on Yemen is exhausting the Saudi treasury, which cannot continue its high level of military spending (on such luxuries as Israeli nuclear weapons and Brazilian cluster-bombs) while trying to address youth unemployment and a crisis caused by low oil prices.

*The US war supposedly targeted a resistance organization, the Vietcong, but was actually waged against the Vietnamese people in order to subject them to foreign domination. The Saudi war on Yemen pretends to target a resistance organization, the Ansar Allah fighters (sometimes called Houthis), but is in reality a war against the people of Yemen designed to subject them to foreign (US-Saudi-NWO) domination.

*The US war on Vietnam also failed because American soldiers, and the US public, were less than enthusiastic about committing aggression outside their borders. The Saudi war on Yemen is failing for the same reason.

But as I remark in the above interview, there has been one major difference between the US disaster in Vietnam and the Saudi disaster in Yemen: The media covered the war in Vietnam. Where are the photographers, the journalists, the TV networks? Why are Saudi war crimes flying so far under the world’s radar?

Please help bring this issue to the attention of the world: Spread this article, and others like it, far and wide.