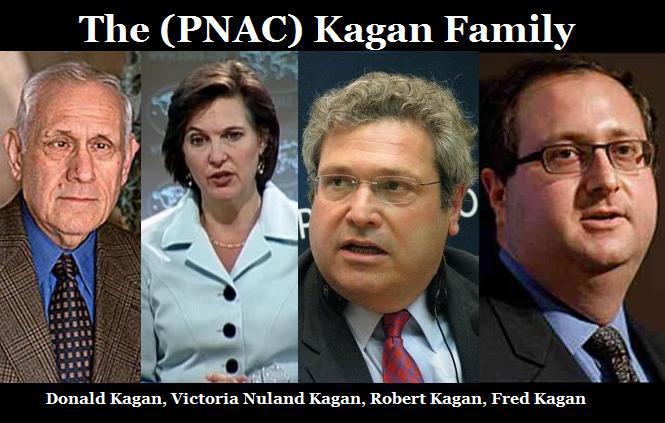 Virtually everyone knows what Victoria Nuland has done by now. If you have been watching soap opera and other TV programs which really waste your precious time and energy, then you have been left behind.

Nuland is the Jewish Neocon who once bragged about spending over five billion dollars destabilizing Ukraine and bringing chaos in the country, all in the name of “democracy” and “freedom.”[1]

Nuland is also famous for using phrases like “Fuck the E.U.”[2] When she was caught red-handed using those words, she blamed Russia for releasing her own words.[3] So, Nuland uttered a perverse statement, but Russia has to suffer a great deal for making it available to the world. “Fuck the E.U.,” Nuland seemed to suggest, was supposed to be a secret.

Well, Nuland couldn’t “fu$k the E.U.,” despite the fact that she spent billions of taxpayer dollars in Ukraine. But ever since, she seemed to have developed some sort of incestuous hatred for Russia. The E.U. no longer needs to be screwed; Russia is.

More recently, Nuland has cooked up some evidence against Russia:

“The [Assad] regime continues to barrel bomb its own citizens with impunity, perhaps even emboldened by Moscow’s help.”

So, Assad is just stupid. He is just bored. He has nothing to do but to “barrel bomb its own citizens.” Nuland’s perversion here is pretty clear: terrorists are citizens. If you fight them, then Nuland is going to be upset. Russia cannot have a role in the political and ideological quagmire because, as we have been told by NWO agents, the country is “dangerously exacerbated” the conflict.

Do these people think that everyone is just dumb? Do they really think that Putin is going to take those statements seriously? You see, you cannot propound things like that and remain rational and logical. This is one reason why we have placed a stamp on the New World Order saying that it is irrational and therefore satanic.

Yet when reason is not on your side, then madness and ideological Satanism are always available. Both Marx and Freud inevitably saw the same thing. And both ended up making a Faustian pack. Marx in particular was obsessed with “satanic possession, homosexuality, seduction, and the ruin of the world.”[4]

We are seeing almost the same thing in our modern time: the Neocons aspire to see the ruin of the world. They want chaos. They want revolution. They want nothing but conflict and blood flowing all over the Middle East and Europe.[5] In order to do that, they invent lies and fabrications. Listen to this very carefully here:

Did you catch that? State department spokesperson John Kirby is positing a serious accusation against Russia, but he cannot show the evidence! Where did these people go to school?[6]

Suppose you accuse someone of killing your neighbor and you both go to court. Suppose the judge asks, “Where is your evidence for the statement that he killed your neighbor”?

You respond: “I can’t show it you. You just have to believe that he did.” Do you think the court is going to listen to your whining? Don’t you think he will not ask the bailiff to throw you out?

So, why is Kirby insulting our intelligence by simply leaving the scene without a trace of evidence? Is it possible that he and other NWO agents are marshalling an implicitly satanic ideology which does not allow them to think clearly and which leaves no room for serious rational discourse?

As we have repeatedly declared in the past three months or so, the New World Order seeks to destroy the reasonable world and political order and replaces them with an essentially diabolical ideology.

This diabolical ideology does not care whether you live or die. In fact, you are a speck of dust to those who propound the ideology. Listen to Henry Kissinger, as he described our military men and women who are willing to die for what they think is a good cause:

“Kissinger referred pointedly to military men as ‘dumb, stupid animals to be used’ as pawns for foreign policy.”[8]

So, if military men are just stupid animals ready to die for Israel, do you think NWO agents would be sad about a Russian plane being bombed?[9]

The answer is no.

The diabolical ideology does not care whether the world goes down the tube in a second. It only cares about Israel and protecting a terrorist state. Those who propound this diabolical ideology, as Israeli military historian Martin van Creveld would have put it, are “like mad dogs.”[10]

If you think this is a joke, then listen to this: “Netanyahu demands ‘up to $45 billion in US military aid to deter Iran.”[11]

Where does he think the United States is going to get the money? The average American is already paying a six-trillion dollar war (Iraq), and now this joker is still seeking to suck the life out of everyone so that he could use the money to kill more Palestinian civilians. Decent Americans should be in the streets protesting.

[1] For a scholarly study on this issue, see John J. Mearsheimer, “Why the Ukraine Crisis Is the West’s Fault: The Liberal Delusions That Provoked Putin,” Foreign Affairs, September/October 2014.

[3] “US blames Russia for leak of undiplomatic language from top official,” Guardian, February 6, 2014.

[5] Even the Washington Post now seems to suggest that there has been a number of crimes committed by the so-called Syrian refugees. Michael E. Miller, “In Sweden’s Ikea attack, two migrants, two slayings and rampant fear of refugees,” Washington Post, September 29, 2015.

[6] I remember one of my philosophy professors used to say in his epistemology class that “if you get out of this class and still cannot think, then you need to ask for a refund.” I wonder what he would say to people like John Kirby.