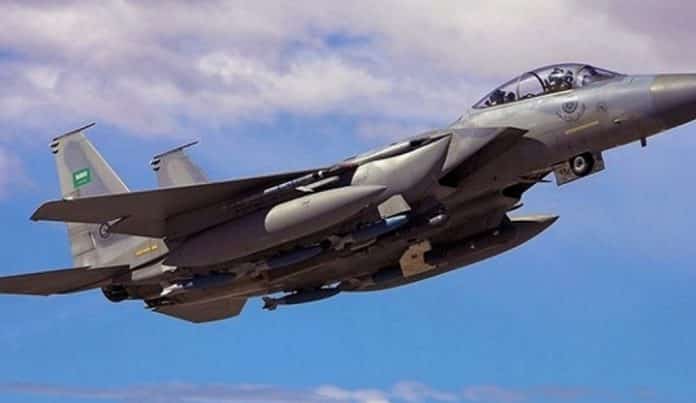 Reports from Yemen say a Saudi warplane has been downed by Yemeni forces in the province of Sana’a and capture the pilot.

According to the reports, the Saudi warplane was shot down by Yemeni air defense in the city of Bilad al-Rus, in the western part of the province, on Thursday, PRESS TV reports.

Reports also said that the pilot of the Saudi jet has been taken into custody.

Yemeni forces have shot down several Saudi warplanes and drones over the past few months in various parts of the country.

The fighter jet had reportedly conducted a number of airstrikes against Yemeni forces in the region.

On October 9, Yemeni soldiers supported by popular committees’ fighters downed a Saudi spy drone in the Kitaf district of Sa’ada. The drone was later identified as a long-endurance Boeing Insitu ScanEagle.

In late May, Yemeni air defense forces took down a Saudi F-16 fighter jet in the Bayt Khayran area of the district of Bani Harith in the northern part of Sana’a.

On May 11 also, Ansarullah fighters brought down a Moroccan fighter jet violating the country’s airspace in the Noshour Valley of Sa’ada.

Yemen has been witnessing ceaseless attacks by Saudi Arabia since March 26. The military strikes are supposedly meant to undermine the Ansarullah movement and bring fugitive former Yemeni president, Abd Rabbuh Mansour Hadi, back to power.

The Saudi aggression has reportedly claimed the lives of more than 7,100 people and injured nearly 14,000 others. The strikes have also taken a heavy toll on the impoverished country’s facilities and infrastructure, destroying many hospitals, schools, and factories.