Home WarZone On Reporting the War 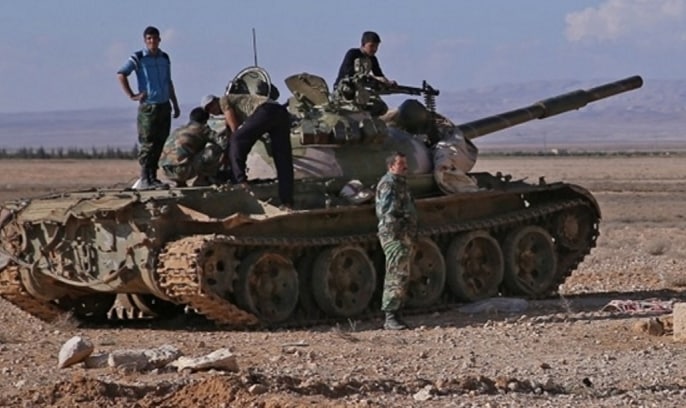 As “the war” goes, this is a slow day.  Russia stopped doing videos and reporting on their air strikes a week ago then today announced over 80 sorties in two days.   Were their planes “down” and under repair as the US claims?

There are no reports of Turkey fighting ISIS.  The answer is simple, they are bombing US backed Kurds inside Iraq illegally while America looks on helplessly.

There are, in fact, no reports of a war at all so, when there is a “slow day,” the usual “nothing” can’t be diminished to “less than nothing.”  We also call this “censorship.”

The US forces, all 50 of them, that are inside Syria illegally have done nothing and will do nothing.  Turkey won’t allow it.  America is pretending that the Kurds are going to take the city of Raqqah.

America was going to take Mosul in June of 2014, aided by the Kurds.  That has been not only forgotten but can’t even be discussed.

Iraq is stalled in Ramadi while the US works full time to make sure ISIS is fully entrenched in Iraq forever or so it seems to most in Iraq with the exception of the Kurds.

Let’s take a second to discuss the Kurds.  The YPG is no longer fighting, supposedly because they are preparing with their 50 American trainers to launch a grand offensive against Raqqah.

The Pergmersha, by all accounts, has a full truce with ISIS and is sitting out the feeble attempts by Iraq to retake Anbar Province, which can never succeed without the Kurds being involved, which they are not.

Why are they not involved?

Why is Erbil filling with Israelis?

TEHRAN (FNA)- The Syrian army, backed up by massive air support, continued to tighten noose on the Takfiri militants in Aleppo province on Thursday, inflicting heavy casualties on the terrorists.

The army destroyed ISIL positions, weapons and ammunition and vehicles in an area in the vicinity of the Air Force Academy.

The army troops also killed and injured a group of terrorists from the al-Nusra Front and other affiliated groups in the villages of Berneh, Tal Haddiyeh, Doulamah and Khan Touman in the Southwestern countryside of Aleppo. Tens of the militants’ machinegun-equipped vehicles were also destroyed.

The army, backed up by the Syrian airstrikes, destroyed positions of Takfiri terrorists in the neighborhoods of al-Rashideen 4, al- Sheikh Khuder, Salah Eddin, al-sheikh Said and Bustan al-Qaser.

Earlier reports said the Syrian air raids hit the headquarters and positions of ISIL terrorists in the villages of Rasem al-Abed, Kwairis Gharbi and Kaskis to the East of the Thermal Station, killing and injuring scores of the terrorists and destroying their vehicles and equipment.

TEHRAN (FNA)- The Syrian army launched a hunting operation in Deir Ezzur on Thursday to mop up a key region from the ISIL terrorists.

Informed sources said the army targeted ISIL terrorists in al-Jubaila in Deir Ezzur, killing tens of them on Thursday.

Militants’ arms and one of their vehicles which was equipped with a 23 mm caliber machinegun were also destroyed in the operations.

Also on Thursday, the Syrian army foiled an ISIL attack on Deir Ezzur Military Airport, and killed a group of the Takfiri militants.

Field sources said the army troops positioned in Deir Ezzur Military Airport destroyed an ISIL booby-trapped vehicle while it was trying to move towards the airport, killing a number of the terrorists and injuring others.

TEHRAN (FNA)- The Syrian army and National Defense forces, backed by Russian warplanes, liberated several villages in the coastal Province of Lattakia from the control of the terrorists.

A large group of Takfiri terrorists were killed and their vehicle, weapons and ammunition were destroyed in the operations.

Earlier reports said Al-Fark Mountain in the Northern part of the province of Lattakia was regained by the Syrian Army troops after fierce clashes with the militant forces on Wednesday.

The Syrian government forces carried out massive operations against the militant groups in the Northern territories of Lattakia and pushed back the terrorists from al-Fark mountain.

This strategic mountainous region is now under full control of the Syrian army.

The militant groups sustained heavy casualties in the army offensive.

The militants’ military hardware were also destroyed in the government forces’ assaults.

On Sunday, the Syrian army stormed militants’ positions in the Northern parts of Lattakia and came in control over Ghamam town and its surrounding mountains.

Reports said also on Sunday that the Syrian army, backed by Russian warplanes, won back a village in Lattakia province from the Takfiri militants in a surprise attack against the terrorists.

Syrian Forces Push Back Terrorists from More Territories in Homs

TEHRAN (FNA)- The Syrian army, backed by tribesmen, is advancing against the Takfiri militants in Homs province, reports said Thursday.

According to the Arabic-language al-Mayadeen television, the Syrian army and al-Hasna tribesmen are advancing from al-Bayda village towards al-Hazm al-Awsat area in Homs countryside.

On Wednesday, ISIL’s gathering centers were bombed by the Syrian fighter jets in Palmyra and its countryside, informed sources said, adding that the militant group suffered heavy casualties in the air raid.

The ISIL positions in Palmyra, its countryside and al-Hazm al-Awsat came under heavy bombardments of the Syrian Air Force, which resulted in the killing and wounding of many terrorist.

TEHRAN (FNA)- The Syrian army and the Lebanese Hezbollah fighters, backed by Russian warplanes, entered the town of Murak in Hama province, and recaptured scores of checkpoints on Thursday.

The Syrian troops and Hezbollah forces entered Murak after Russian airstrikes hit positions of militants, and killed a large number of the terrorists.

Field sources also said that the forces managed to take full control over dozens of checkpoints in the town after killing tens of Takfiri terrorists.

On Wednesday, the Takfiri militants fighting in Hama province came under heavy airstrikes by the Syrian air force, and suffered heavy losses in the attacks.

Syrian warplanes targeted terrorists’ concentration centers in Latmin, al-Lihaya, near Morek and al-Banah in the Northern countryside of Hama, and killed a number of militants and destroyed their machinegun-equipped vehicles.

Syrian army troops also intensified operations against the Takfiri militants in Hama province, and took a heavy toll from the terrorists on Wednesday.

Syrian army targeted terrorists’ concentration centers near Ithriya and Salba in the Eastern countryside of Hama, and killed and injured dozens of militants and destroyed a number of their machinegun-equipped vehicles.

Russian Warplanes Back on Track in Homs, Destroy ISIL Targets in Palmyra

On Wednesday, ISIL’s gathering centers were bombed by the Syrian fighter jets in Palmyra and its countryside, informed sources said, adding that the militant group suffered heavy casualties in the air raid.

The ISIL positions in Palmyra, its countryside and al-Hazm al-Awsat came under heavy bombardments of the Syrian Air Force, which resulted in the killing and wounding of many terrorist.

The Syrian Army announced on Monday that its forces have engaged in fierce clashes with ISIL militants around Palmyra (Tadmur) in Homs.

The army reported heavy clashes in Dora district in Palmyra between the government forces and the ISIL terrorists, saying that scores of militants have been killed or wounded.

The army also said that the ISIL terrorists staged such a fast retreat that they have left their casualties and military hardware in the battlefield.

The military vehicles of the terrorist group also sustained heavy damage in the army attack on ISIL positions in Dora.

The Syrian air raids destroyed terrorists’ positions in Rasem al-Abed, Kwairis Gharbi and to the East of the Thermal Station in the Eastern countryside of Aleppo, a military source said.

On Wednesday, the Syrian army regained full control of a strategic area, East of Khanasser road, in Aleppo countryside as the army continues to expand its control over Ithriya-Khanasser road and its surrounding regions.

According to the Arabic-language al-Mayadeen television, the Syrian army troops retook Tal Maragha area in the Southern countryside of Aleppo after heavy clashes with the Takfiri militants.

Earlier on Wednesday, the Syrian Army and Hezbollah fighters, in a joint operation, stormed the positions of ISIL militants across the vitally strategic road connecting Hama’s Ithriya to Aleppo’s Khanasser and seized its full control, field sources said.

The sources said that the Ithriya-Khanasser road in now under the full control of the government forces.

“After fierce clashes with ISIL Takfiri terrorists, the Syrian government forces have brought the Aleppo-Ithriya-Khanasser-Al-Salamiyah highway under their full control. Dozens of militants were killed and now minesweepers have started to demine expolosive devices,” one of the battlefield sources said.

Army commanders said the road will open to public trafficking on Thursday.

The road was one of the most important supplying routes of the ISIL militants to dispatch logistic convoys from Hama to Aleppo.

The Syrian army and the Lebanese Hezbollah fighters launched a large-scale attack on ISIL positions along the road on Saturday, and inflicted heavy losses on the militants.

In the Saturday operations, the Syrian army seized control over a 10-kilometer segment of the highway after heavy clashes with the ISIL.

The operation continued this week and the Syrian Army and Hezbollah forces killed and wounded at least 15 Takfiri terrorists on Tuesday.

The Syrian army also regained control of Hill Number 11 on the strategic road after heavy clashes with the terrorists on Tuesday.