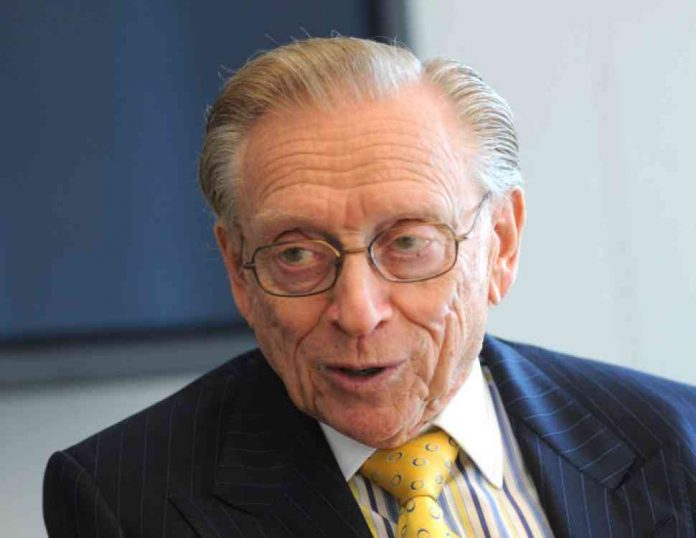 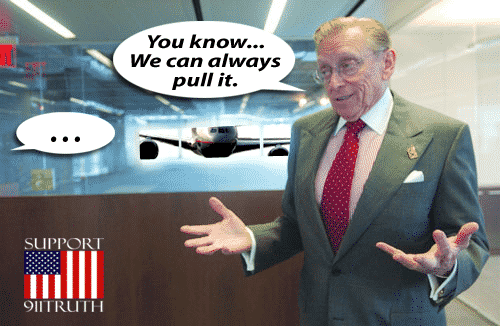 Chutzpah is one of those Yiddish words that has no equivalent in other languages. It is defined as “the quality of a man who, having killed his mother and father, asks the judge for mercy on the grounds that he is an orphan.”

But what’s the word for a man who buys a condemned-for-asbestos property with a very small down payment, doubles the insurance, blows up the property less than two months later, confesses to blowing it up on national television…then goes to court claiming that alleged hijackers with boxcutters magically caused his buildings to explode?

And then – get this – he sues for double indemnity, claiming that the two airplanes constituted two separate and unrelated terrorist attacks? And he collects it, pocketing $5 billion dollars cash on his less-than-$15-million investment?

And THEN he goes back into court asking for another $11 billion dollars in insurance money – not from his own insurers, but from the insurance companies of the airlines whose planes had nothing to do with the demolitions of his buildings?

And then launches more scams to build more skyscrapers?

CHUTZPAH does not begin to describe it. There is no word in any language for the gross, shameless, unmitigated audacity of Larry Silverstein.

And now he’s back, gold-plated begging bowl  in hand, asking the government to help him amass another half-billion dollars so he can rebuild the South Tower he and his friends knocked down on September 11th, 2001.

In order to get this largesse, it looks like Larry is going to have to claim that the Financial District of Lower Manhattan is a blighted “targeted unemployment zone”!

“The special provision, however, doesn’t specify the boundaries of such districts, allowing developers to draw borders creatively in such as a way as to include their buildings, often in areas of strong employment, in areas that, taken as a whole meet the EB-5 program’s unemployment standard. The specific boundaries Silverstein plans to designate are unknown, but the company has used the procedure before, including areas of the Lower East Side along with the firm’s Downtown sites.”

Maybe Larry should advertise this via GoFundMe:

“Hey Chinese millionaires! Buy a piece of the UnFreedom Towers and get a free green card from Uncle Sam! And while you’re at it, don’t miss the chance to snap up some put options on the Sears Tower – I’ll let you know when we’re about to ‘pull it.'”

Speaking of GoFundMe…I may not have the chutzpah of Larry Silverstein, but my commitment to spreading the truth is just as stubborn as his commitment to skyscraper scams – and I’m only asking for a tiny fraction of what he wants!