Home Government The Kurds could free Raqqa and Mosul, but should they? 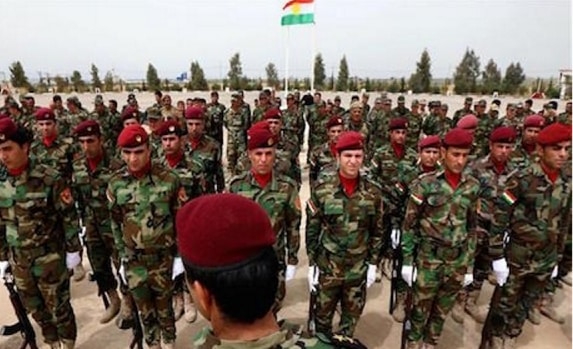 Kurdistan Region President Massoud Barzani described the joint US-Kurdish commando operation on a prison in Hawija as a “turning point” in the war against ISIS.

Indeed mere days after that raid Washington announced that it will be deploying a small number of special forces on the ground in Syrian Kurdistan (Rojava) along with a task force in Iraqi Kurdistan. They will likely coordinate future offensives against the ISIS-occupied cities of Mosul and Raqqa.

While both offensives will consist of coordinated efforts between different groups the Kurds of both Iraq and Syria will undoubtedly play key roles in both battles. Kurds in both countries are expected to undertake yet more sacrifices by mounting offenses outside their respective territories in order to eliminate this terrorist threat. Despite the fact that it will be in their own interests to do so, they should, reasonably, expect much more assistance than what they have faced so far.

The Kurdish Peoples Protection Units (YPG) are going to make-up the backbone of the new Syrian Democratic Force (SDF) group which will also include Arabs, Assyrians and Turkmen minorities from that part of Syria and whose task will be to march south and pressure ISIS in Raqqa and eventually uproot the group from its capital.

U.S. air support to the YPG has been decisive in its fight against ISIS especially throughout the lengthy siege of Kobani. The YPG has also given the Americans a decisive edge over ISIS in Syria due to the lack of any other effective ground force they have had to work with in Syria. They will be instrumental in any effort to drive ISIS out of Raqqa and the U.S. knows they are their best option in Syria in lieu of a direct American ground intervention, which is unlikely to happen.

In addition to providing these Kurds with the weapons they will need to lay siege to Raqqa the U.S. should also seek to secure Kobani and Afrin from attacks by the Islamists who occupy 68-miles of Syrian territory between those two Kurdish cantons. Remember Turkey intentionally opened fire on YPG forces recently under the pretext that it only adhered to a policy (that the U.S. supports) against the YPG moving west of the Euphrates from Kobani.  And this in turn prevents the YPG from pushing ISIS out of Jarablus which lies just to the west bank of Euphrates.

ISIS has been firing mortars and other projectiles across that river at villages near Kobani, terrifying Kurds who, upon detecting strange smells in the areas shelled, fear ISIS are also trying to poison them with chemical agents – which ISIS has already used against both the Peshmerga and the YPG before.

The U.S. should accordingly take steps to remove this threat to the Syrian Kurds. Otherwise how could Syrian Kurdish leaders justify focusing their important resources on the battle of Raqqa while their own civilians at home are fired at and may be subjected to poison gas attacks?

Similarly Washington’s policy towards Erbil could do with some revision. Washington has provided the Peshmerga with very inadequate financial aid and weapons to enable them to hold a 650-mile front against ISIS. It wouldn’t be a violation of the principle of the One Iraq policy to increase the amount of arms it allots to the KRG through Baghdad. Any new increase in arms support should also keep in mind the defense of Kirkuk where, remember, the Peshmerga are not only defending Kurds but also Iraqi Arabs who have sought sanctuary there from ISIS.

Furthermore Washington should also insist, and ensure, that the KRG have the means to mount offensive operations as part of a broader Iraqi effort to retake Mosul since it really cannot realistically expect the Peshmerga to even contemplate marching on Mosul while barely possessing enough arms and military hardware to defend its own territory.

Aside from the fact that Baghdad could not defend Kirkuk from ISIS’s infamous advance last year Erbil has reasons to be concerned about the fact that Baghdad may not be able to rein in some of the powerful Shia militias who may seek to remove the Peshmerga from Kirkuk in the future. Baghdad has yet to implement Article 140 of the Iraqi Constitution in order to resolve that contentious issue. Washington should urge Baghdad to do that, too. It should also reassure Baghdad that a strong KRG, a U.S. ally, isn’t a threat. If anything it should be viewed by Baghdad as a bulwark against ISIS.

In short the United States needs to take solid steps to solve these aforementioned issues on behalf of the Kurds of Iraq and Syria if it expects them to do a lot of the heavy lifting when it comes to the extremely unenviable task of destroying the ruthless and violent adversary embodied by ISIS.