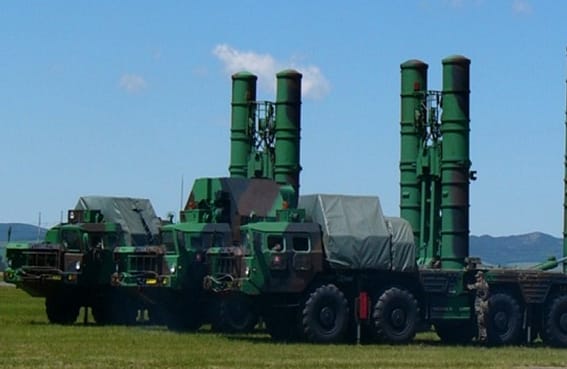 “S-300, the air defense system, the contract has already been signed,” Sergei Chemezov, the chief executive of Russian state-owned defense conglomerate Rostec, was quoted by the news agency as saying at the Dubai Airshow on Monday.

The statement by Chemezov came while Russia’s Tass, earlier in the day, had quoted a spokesman for the Russian delegation at the airshow as saying that the contract is expected to be signed early next year.

“Talks with the Iranian side on forming the image of the S-300 air defense missile system are continuing and will be completed not earlier than early next year,” it said.

He said Russian missile manufacturer Almaz-Antey, which will be the head performer of the contract, is capable of ensuring production and delivery of S-300s to Iran 18 months after the signing of the contract.

Back on October 28, the CEO of Russia’s intermediary agency for exports and imports of defense-related products, Rosoboronexport, said Iran will withdraw its lawsuit against Russia over S-300 as soon as a new contract on delivery of the missile system is finalized between the two countries.

“The Iranian side will withdraw its lawsuit as soon as the contact takes effect and we are in full compliance with our liabilities,” Anatoly Isaikin said.

“The completion of the contract on the S-300 missile system for Iran was suspended and we’ve been given the order to renew work and as the executors, we are doing this, but much time has gone by and the S-300 system has changed so we’re working on the modernization of the system,” he added.

Under a contract signed in 2007, Russia was required to provide Iran with at least five S-300 defense system batteries.

In 2010, then-president Dmitry Medvedev cancelled the contract as he came under strong US and Israeli pressure not to go ahead with the sale of the weapons system, but his pretext was that the sale was covered by the fourth round of the UN Security Council sanctions against Iran, Tasnim News reported.

Later, Iran lodged a $4 billion lawsuit at an international court in Geneva against Russia’s arms export agency which is now pending review.

However, Russian President Vladimir Putin decided in April this year to lift the ban on the S-300 missile system delivery to Iran;