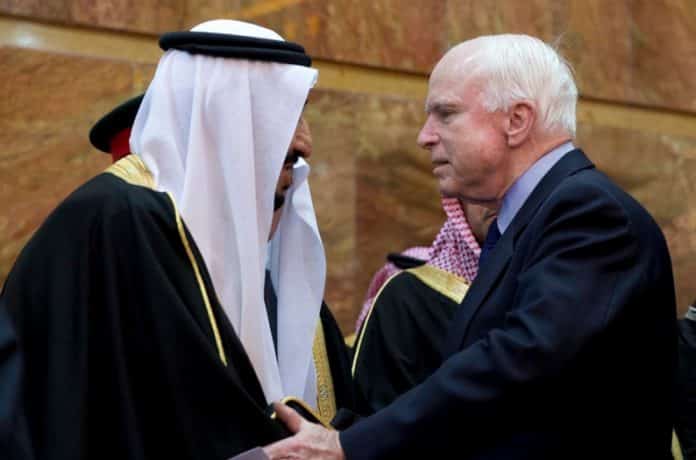 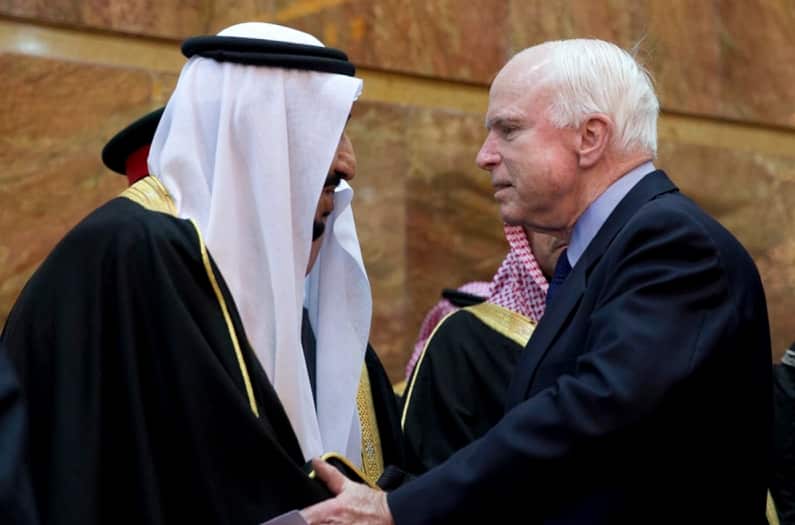 TEHRAN (FNA) – A top Saudi commander of the US backed Al-Nusra Front – Al-Qaeda’s official branch in Syria – urged all militant groups across Syria to leave their positions for Aleppo, warning that the strategic territory near the border with Turkey will soon be completely lost if thousands of fresh forces do not join them in coming days.

Abdullah al-Muhsini, the al-Nusra’s senior commander and confidant of US Senator John McCain, wrote on his social network pages that in case all militant groups do not join their comrades in Aleppo, the entire province “which is of vitally strategic value will soon be lost” to the Syrian army.

The Saudi Sheikh who is also a religious leader voiced deep concern over militants’ status quo in Aleppo, saying that the Syrian army and its allies have increased the momentum of their advances in the last few days.

He specially demanded militants in neighboring Hama province to “show care for common, instead of personal and individual, interests” and rush to the al-Nusra and ISIL’s aid “before the Syrian army conquers the strategic al-Aeis heights”, warning that the government troops will prevail over all militants’ positions in Northern Syria soon if their all-out advances in Aleppo are not brought to a halt.

Sheikh Abdullah al-Muhsini stands at the highest ranks of the al-Nusra Front command. When the group leader, Abu Mohammed al-Joulani, moved to the countryside of Hama where Joulani spoke to nearly 1,500 fighters before they headed to battle in Mhardeh, several years ago, the general military commander of Jabhat al-Nusra, Abou Hammam as-Suri, and Sheikh Abdullah al-Muhsini were also present during the gathering, to boost the fighters’ morale.

Al-Nusra militants said Hama is of strategic importance to the terrorist group as it connects the countryside of Hama to the countryside of Idlib, which al-Nusra desired to make its new stronghold after it lost the Eastern parts of Syria.

Ever since the al-Nusra attack to take the Hama-Idlib road, Abdullah al-Muhsini was stationed there due to its importance. But now the terrorist commander has rushed to Aleppo and demanded all terrorists across Syria, specially those in Hama to give up their positions, given the strategic value of Aleppo.

Al-Muhsini was a clergy and a Mosque Imam in Saudi Arabia before joining the war of militancy in Syria and soon climbed up the chain of command in the al-Nusra Front terrorist group that is supported by Saudi Arabia, Qatar and Turkey.

He also led the terrorists in the wars in Idlib and was in charge of the siege laid on the two Shiite-populated towns of Kafria and Fuaa that have been encircled by the terrorists for the last several months.

The Syrian army has made huge gains in Aleppo in the last 6 weeks, specially in the last several days. On Tuesday evening, the Syrian army, popular and Hezbollah forces, backed by the Syrian and Russian air forces lifted the 2.5-year-long siege of Kuweires military airbase after killing hundreds of ISIL terrorists.

Only in the last three days, the Syrian army has captured over a dozen villages and towns in Aleppo. The Syrian Army on Tuesday started raiding al-Nusra Front’s concentration centers in several districts and neighborhoods across the Northern city, and made the terrorists retreat from their positions in multiple fronts.

The neighborhoods of al-Shaar, al-Sheikh Saeed, al-Jaberiyeh, al-Sukari, al-Ashrafiyeh, al-Khaldiyeh and al-Ansari witnessed massive offensives of the Syrian army against the Nusra militant group, which left scores of the terrorists dead and wounded.

The Syrian army troops and Hezbollah launched a joint operation to tighten the noose around the militant groups in the Southern part of Aleppo city, which ended in the recapture of Makhala village after fierce clashes with the terrorists.

On Monday, the Syrian Army alongside Hezbollah fighters conducted mop-up operations against the militants in two main neighborhoods of Aleppo city, and killed scores of them. The army destroyed terrorists’ positions in Khalidiya and Bani Zeid neighborhoods in Northeastern part of Aleppo. A large group of terrorists were killed and injured during the operations. Militants’ weapons and ammo were also destroyed.

Also on Monday, the Syrian Armed Forces alongside popular fighters stormed the positions of Takfiri terrorists and pinned them down in various districts of the Southern part of Aleppo city.

Pro-government forces engaged in heavy clashes with the militant groups in al-Sheikh Saeed, al-Sukari, al-Ansari and al-Sakhour districts, and killed or wounded scores of them. The Syrian army’s intensified operations in the Southern part of Aleppo blocked the exit path of the terrorists, making their retreat impossible.

Sheikh Muhsini has reportedly been stuck in the same region along with hundreds of other terrorists.