Home Military Russia will not get involved in arms race, but has to eliminate... 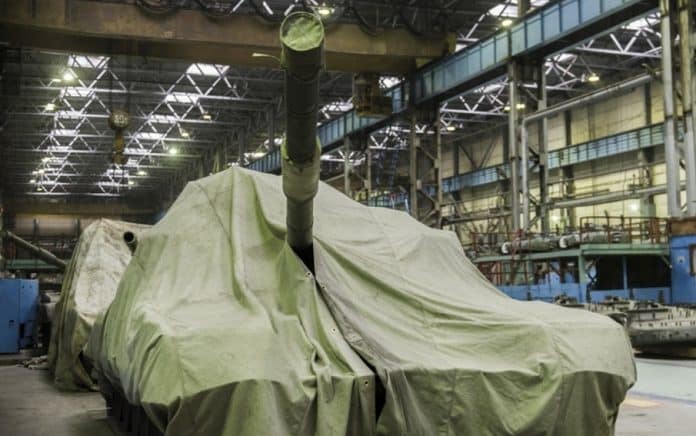 SOCHI, November 11. /TASS/. Russia has no intention of being involved in the arms race, but its defense industries will have to do away with the lagging behind that developed over the previous decades, President Vladimir Putin told a conference devoted to the development of the armed forces on Wednesday.

“We are not going to join some arms race,” Putin said. “Nor have we any intention to catch up with or overtake somebody. We are to just eliminate the lagging behind that developed in the late 1990s and early 2000s, when the Armed Forces and defense-industrial complexes were chronically underfinanced.”

Putin recalled that the theme of today’s meeting, a third in the current series of conferences on the development of the armed forces was progress in the implementation of the state defense contract. He said that measures would be identified to determine the effectiveness of interaction by the Defense Ministry and arms manufacturers.

“Creation of a modern army, equipped with advanced hardware, remains one of the high priorities. As a matter of fact, it has been this way all along. Our task is to translate into reality all identified plans,” Putin said.

“The state defense order fulfillment indicators for the first three quarters of the year suggest that defence industry enterprises and the Defence Ministry are meeting the schedule,” Putin said. “In 2015, the troops received by a quarter more new and upgraded samples of weapons than in 2014. It is important that the supplied modern weapons are intensively used.”

Putin said that the state defense order financing is going as planned under the state armaments program until 2020. “This is not some kind of above-plan urgent work. It’s planned work. We had made up these plans 10 years ago,” the president said.

According to him, the improvement of the efficiency and quality of combat training has been confirmed by military manoeuvres and drills, including surprise inspections. “I hope this will continue,” he said.

On import substitution in the defense sector

“[Import substitution in the defense technology sector] exactly is the high-technology development of individual branches of our industry and, in my opinion, should also positively influence on nondefense segments,” Putin said.

Such trends also exist in other countries, the head of state said. “We should ensure that we have the same ones,” he added.

“It is important to continue import substitution of foreign assemblies and components used in manufacturing of weapons and materiel,” the president said. “Now we have to substitute more and more sophisticated assemblies, parts and packages,” he added.